Today in military history: Germans launch last V-2s - We Are The Mighty 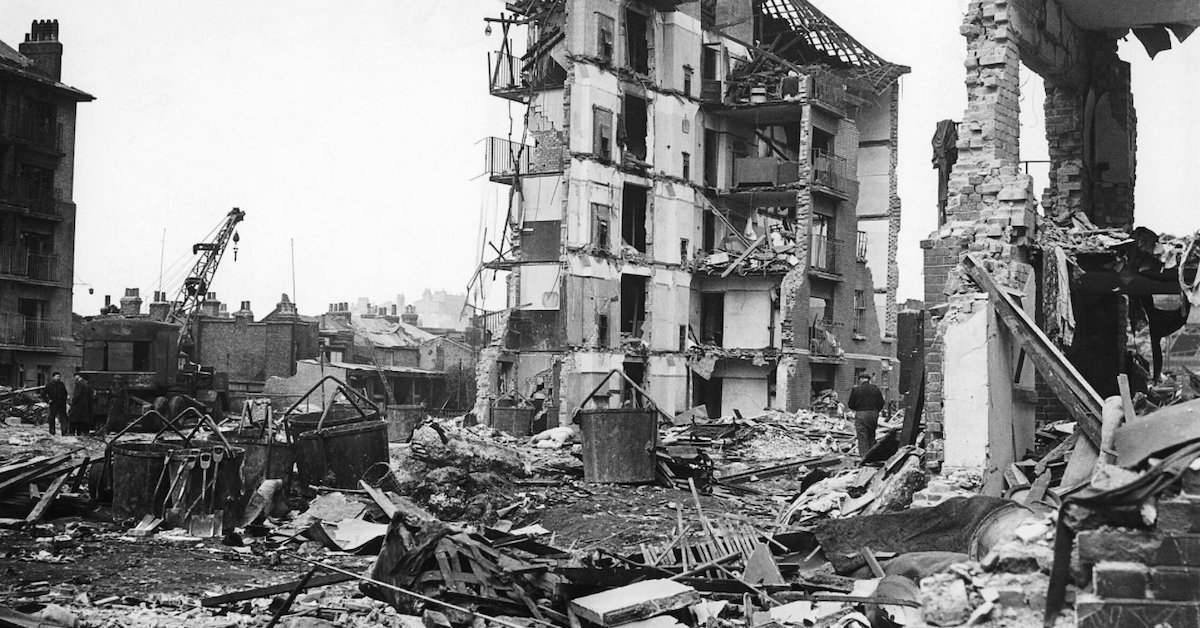 On March 27, 1945, Germans launched their remaining V-2 missiles in a last-ditch attack against the Allies.

German scientists had been developing a long-range missile since the 1930s. At that time, remote bombardment of military targets was only possible by either shelling them with large-caliber artillery from relatively close range, or by dropping bombs on them from airplanes. Both methods were fraught with difficulty. Artillery batteries were themselves vulnerable to air bombardment since they were fixed in place, and bombers were vulnerable to anti-aircraft artillery since safe altitudes made bombing less accurate.

It was a bit of a mechanized warfare stalemate and there was much interest in breaking new technological ground ahead of the enemy. In the spring of 1932, the hot topic at the Weapons Department was the self-piloted rocket, theoretically capable of launching from a safe distance and guiding itself toward the destruction of a precision target. Their scientists got to work.

In September of 1944 they launched their first offensive against Allied targets in Paris and England. They called it the Retribution Weapon 2, designed to attack cities in retaliation against German cities that were bombed.

A precursor to the modern Intercontinental Ballistic Missile, the V-2 had the potential to fly 200 miles at a speed of almost four thousand miles per hour and bury itself in its target before exploding.

On March 27, 1945, Germany launched their final V-2 missiles from their only remaining launch site, killing 200 more civilians in England and Belgium.

The rocket would become the precursor to the Intercontinental Ballistic Missile developed by countries worldwide.

Featured Image: Ruined buildings at Whitechapel, London, left by the penultimate V-2 to strike the city on 27 March 1945; the rocket killed 134 people. The final V-2 to fall on London killed one person at Orpington later the same day.