Today in military history: Cuban Missile Crisis ends - We Are The Mighty 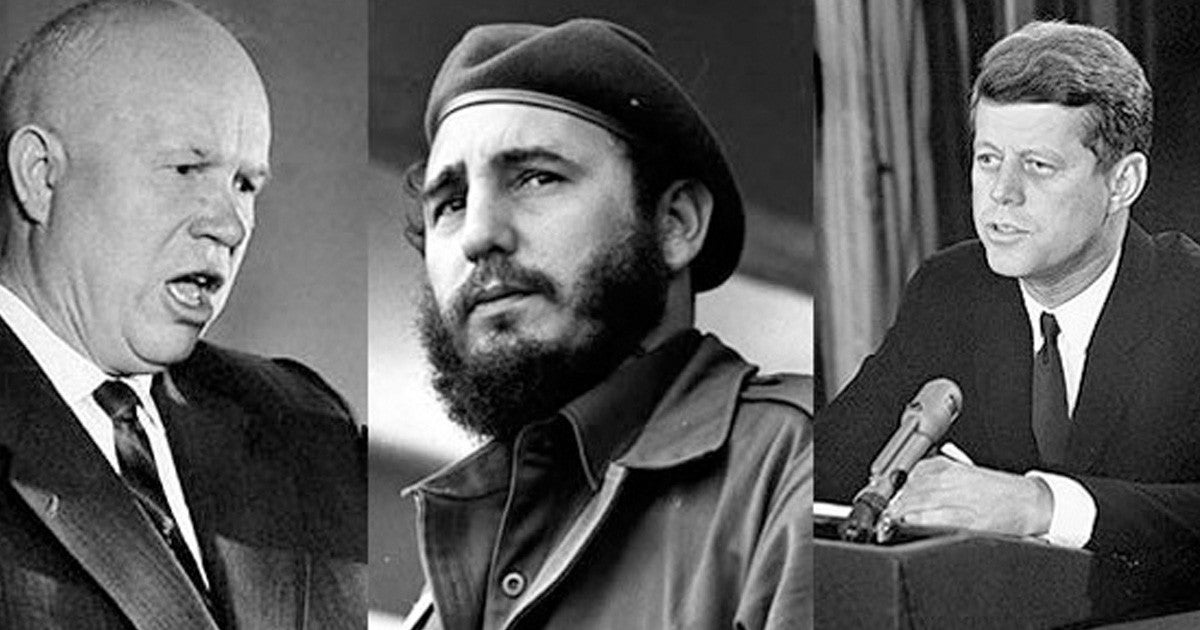 Two weeks before, the U.S. and Soviet Union began a tense political and military confrontation over the installation of nuclear-armed Soviet missiles in Cuba. After the failed Bay of Pigs invasion of Cuba in 1961 and the presence of U.S. nuclear missiles in Turkey and Italy starting in 1959, Cuban leader Fidel Castro and Soviet Premier Nikita Khrushchev agreed to place nuclear missile installations in Cuba to deter any future invasion attempts by the U.S. and its Central Intelligence Agency to invade Cuba. The CIA was tipped off by Soviet spy Colonel Oleg Penkovsky, who passed on war plans, secret documents and other human intelligence.

Finally, the two countries reached an agreement where the Soviet Union would remove the missiles from Cuba while the U.S. secretly promised to remove its own missiles from Turkey.

The exchange took place primarily between the White House and the Kremlin, with very little input from the respective bureaucracies of the two countries. It was also the closest the two superpowers came to nuclear conflict.

In 1968, both nations signed a nuclear non-proliferation treaty, but the political rivalry has remained.