Today in military history: Female spy thwarts British attack against George Washington - We Are The Mighty 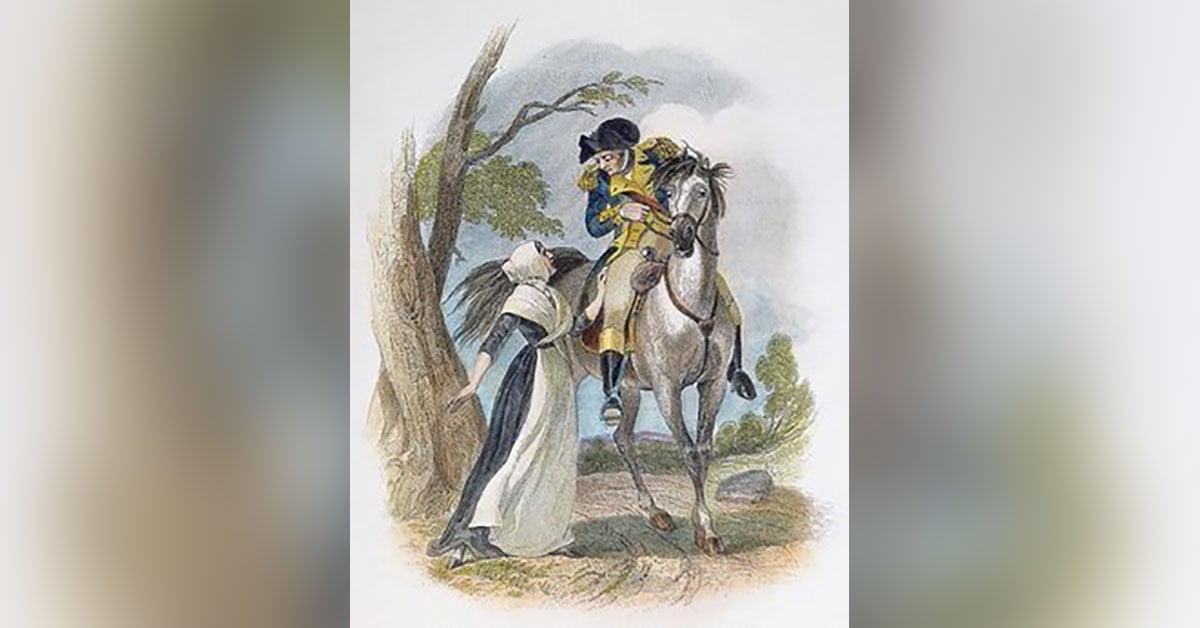 On Dec. 2, 1777, Lydia Darragh saved the lives of General George Washington and his army when she uncovered British plans for a surprise attack.

After the British occupation of Philadelphia in September 1777, British General Sir William Howe established his headquarters across the street from Darragh’s home. She began to spy on Howe, even using her 14-year-old son John to smuggle coded notes to her eldest son Charles, a Patriot soldier.

Her husband William would translate her found messages into a coded shorthand on little pieces of fabric or paper. She would then fold the slip to fit over the top of a button mold, cover the mold with fabric, and then sew the message-filled buttons onto John’s shirts. Darragh would then send John on “visits” to his older brother, who would then take the buttons and present the stolen information to other rebel military leaders. It was an incredibly risky endeavor, but Darragh was willing to risk her own safety — and the safety of her family — for the American cause.

On the evening of Dec. 2, Howe commandeered Darragh’s home for a meeting and ordered the family locked in the bedrooms; instead, Darragh hid in a linen closet and listened to Howe’s plans to attack Washington’s army at Whitemarsh on Dec. 4.

Determined to warn Washington, she invented a cover story about buying flour from a nearby mill, walked past British patrol units, and delivered the information to the American military.

When the British marched to Whitemarsh on Dec. 4, they were met with Washington and his Continental Army. After a few days of minimal fighting, Howe’s forces retreated back to Philadelphia, and Lydia Darragh secured her place in history as a Patriot spy.