Today in military history: Japan attacks Pearl Harbor - We Are The Mighty 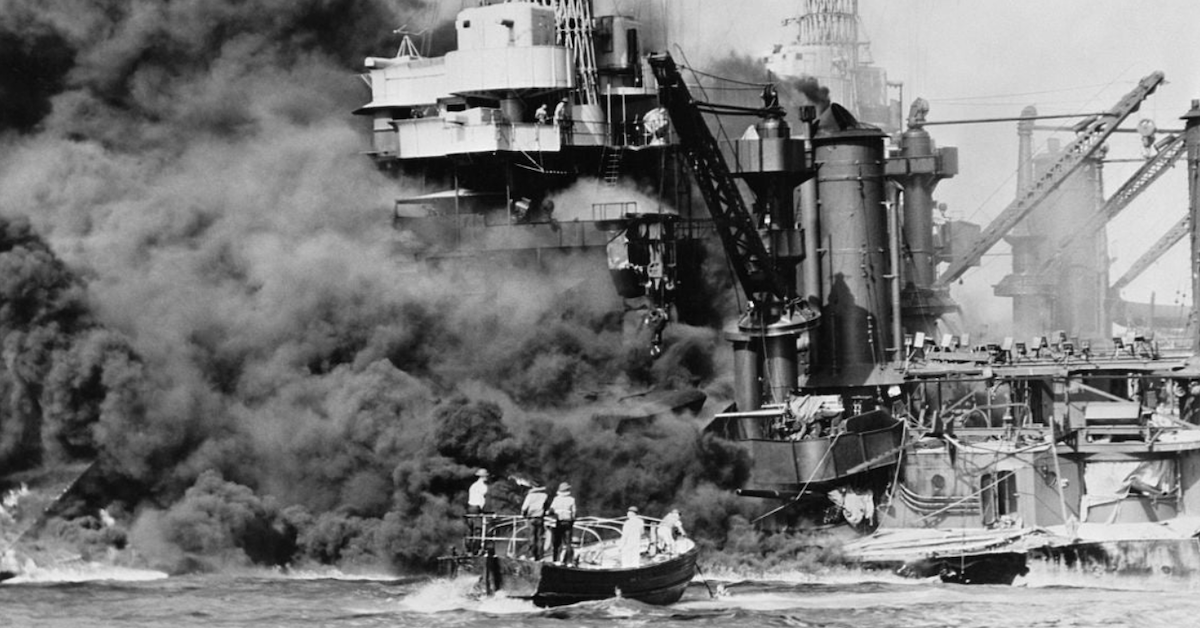 On Dec. 7, 1941, Japan launched a surprise attack against the United States naval base at Pearl Harbor in what would become a date that would live in infamy.

It was 7:55 AM on a Sunday morning in Hawaii when large groups of Japanese aircraft took the naval base by surprise and attacked with devastating results. Five battleships, three destroyers, and seven other ships were sunk or critically damaged. More than 200 aircraft were destroyed. Over 2400 Americans were killed with over twelve hundred more wounded.

The Japanese had hoped to destroy the Pacific Fleet — and they nearly did. Luckily for the U.S., her aircraft carriers were away from the base that day and would survive to have their chance at revenge.

The following day, President Franklin D. Roosevelt asked Congress to approve a declaration of war against Japan. It was approved by a near unanimous vote. Three days later, Japan’s Axis partners, Germany and Italy, declared war against the U.S., which was met in kind.

Despite the horrific brutalities conducted by both countries during the war, today relations between Japan and the United States are guided by mutual respect and shared visions for peace and prosperity.

Featured Image: The USS West Virginia burns on Dec. 7 thanks to Japanese attacks. It would go on to punish the Japanese forces across the Pacific. (U.S. Navy)