Today in military history: Persian Gulf War begins - We Are The Mighty 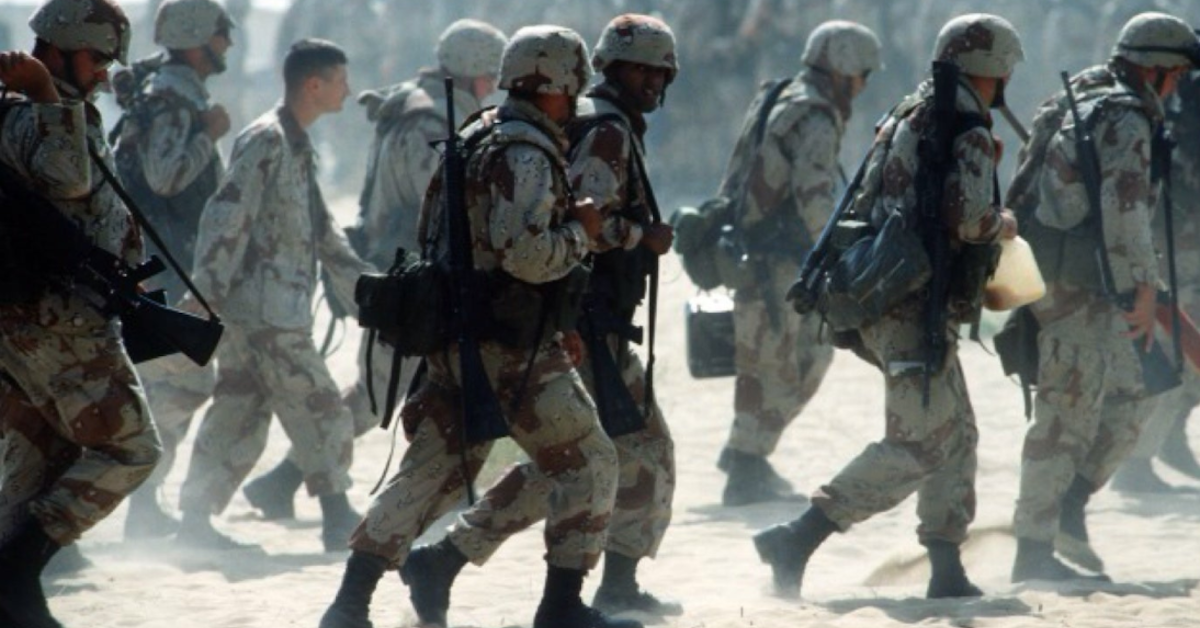 On Jan. 16, 1991, the Persian Gulf War began when the United Nations deadline for Iraqi withdrawal from Kuwait expired.

At 2AM local time on Aug. 2, 1990, Iraqi forces invaded Kuwait under orders from Iraqi dictator Saddam Hussein. The United Nations condemned the action and issued an ultimatum: withdraw or suffer the consequences.

Hussein refused the demands of the U.N. and on Jan. 16, Operation Desert Storm began as U.S.-led coalition fighters took to the skies and attacked Baghdad. For 42 consecutive days and nights, the coalition launched an extensive aerial bombing campaign against Iraq, flying over 100,000 sorties that destroyed the country’s Air Force, anti-aircraft assets, command and communication facilities, and critical military targets.

The U.S. began its invasion with air attacks that would decimate Iraq’s air defenses, taking out communications, weapons and oil refineries. Then, a covert and classified bombing mission began, known as Operation Senior Surprise. Its airmen were known as the Secret Squirrels.

Kuwait was liberated in fewer than four days when a ground offensive moved in on Feb. 24, and on Feb. 28, President George H.W. Bush declared a ceasefire as Iraq pledged to honor peace terms. While the Persian Gulf War had officially ended, it was only a matter of time before a far more destructive and lasting war would begin.

The United States lost 382 troops in the Gulf War, and the Department of Defense estimated that it cost the United States billion dollars. The costs to those who served during the conflict were far greater.

Meanwhile, troops returning from the gulf war began getting sick; 250,000 of them.

The illness was called Gulf War Syndrome. A very wide range of chronic symptoms have been reported, including cognitive problems, respiratory disorders, muscle pain, fatigue, insomnia, rashes and digestive problems. The troops were exposed to dangerous pesticides, and the pills given to them to protect against nerve agents would be proven to be part of the cause.

The Gulf War didn’t prevent the uprisings in Iraq, and the U.S. would end up right back there a decade later.