The real man behind the fake body used in ‘Operation Mincemeat’ 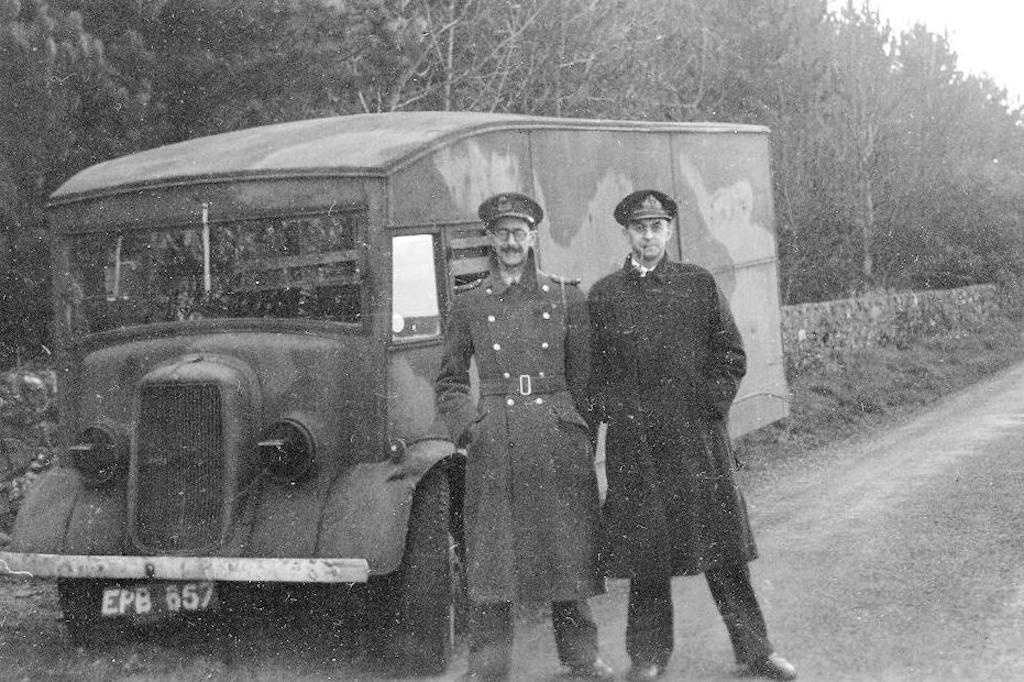 Charles Cholmondeley and Ewen Montagu, two of the British intelligence officers involved in the planning of Operation Mincemeat, shown in front of the vehicle transporting the body of Glyndwr Michael for pick up by submarine.

In 1943, a Spanish fisherman near Huelva on the country’s southern coast came across the body of a man who appeared to have drowned after a shipwreck or airplane crash. The man was wearing a British military uniform and carrying a briefcase. Knowing the uniform was important, the fisherman handed the body off to Spanish soldiers.

The Spanish opened the briefcase and discovered important documents relating to a coming Allied invasion of Sicily. The documents said that Sicily was a feint, and that the real Allied invasion would be of Sardinia and Greece. Spanish authorities shared the documents with the Nazi German intelligence service, the Abwehr.

According to Allied intelligence intercepts, the Germans took the bait and when the Allies invaded Sicily later that year, the plan was successful. The invasion of Greece was a carefully constructed ruse designed to throw off Axis military planners. The body had been placed in the water by the British for the Spanish to find in a secret plan called “Operation Mincemeat.”

It was a perfectly thought out and executed plan, but the question still remained: Who was the man the British used to deceive the Spanish?

For decades, the identity of the body used in Operation Mincemeat remained a closely-guarded secret. Did the man give his life so that Sicily could be quickly conquered with less casualties than expected, as that was the outcome of the invasion? British intelligence had named him Maj. William Martin and dressed him in the uniform of the Royal Marines, but it wasn’t until 1996 that they finally released his true identity.

At the time, the corpse was only described as being that of “a bit of a ne’er-do-well, and that the only worthwhile thing that he ever did, he did after his death.” In 1996, however, released public documents showed the remains to be those of Glyndwr Michael, a hobo from Wales who died after ingesting rat poison.

Ewen Montagu, the officer in charge of Operation Mincemeat, wrote a book about the incident in 1953. His account states that there was no shortage of bodies, but few that could be used for the purpose, as the body might have to fool a Spanish pathologist for lending credibility to the ruse. For Michael, he had no known relatives and his parents had already died.

Michael’s father had killed himself when the man was just 15. When he was 31, his mother had passed. The Welshman made his way by farm work and general labor. After his mother’s death, he was left homeless and destitute, had no friends and made his way to London as a drifter. At age 34, he was living in an abandoned warehouse. Authorities found him, still alive but gravely ill. It turned out he had eaten bread left out and smeared with a paste.

That paste was rat poison and the bread was meant to attract the rats. Michael ate the bread because he was starving. He was still alive because he had not ingested enough of the poison to kill a man his size. Eventually his liver shut down and he died at age 34. For British intelligence, the cause of death was good enough to pass for someone who had drowned.

There is still controversy surrounding this explanation, as Michael was not physically fit as a Marine officer would be and his cause of death did not look like a seaborne incident. Some skeptics believe the British used the body of a dead sailor from a previous attack as the body in Mincemeat, but only circumstantial evidence exists to support the theory.