Today in military history: Boston Tea Party - We Are The Mighty 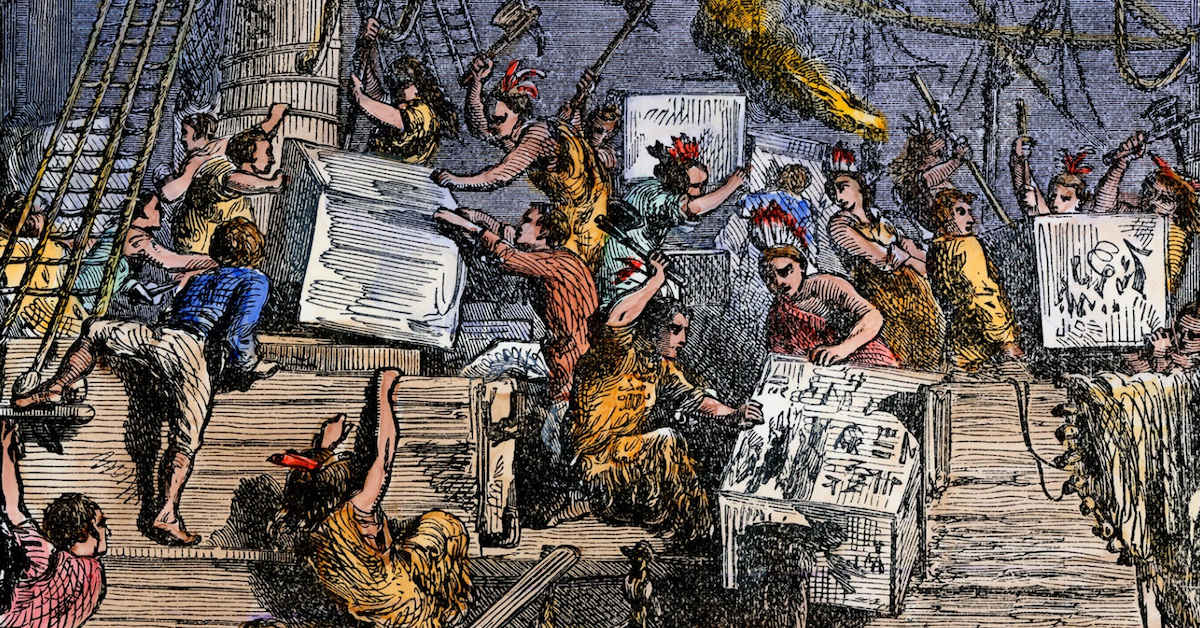 On Dec. 16, 1773, a group of colonists boarded three British ships and dumped thousands of dollars of tea into the Boston Harbor to protest Britain’s harsh taxation without representation.

Earlier in the year, Britain passed the Tea Act, a bill that virtually granted the British East India Company a monopoly on tea sales in the American colonies. This followed a series of tax laws on a number of commodities that led to growing resentment among the colonists, who began to chafe at the perceived taxation tyranny.

When the British ships the Dartmouth, the Eleanor, and the Beaver arrived in the Boston Harbor, Samuel Adams rallied a resistance group called the Sons of Liberty to organize what would become the Boston Tea Party. Under the cover of darkness, at least 116 people disguised themselves as Native Americans and dumped 342 chests of tea — worth nearly $1 million today — into the Boston Harbor.

A large crowd gathered on the shoreline and cheered on their patriots as they emptied the tea into the shallow harbor. With low tide, the harbor’s height was only two feet, therefore the “Indians” had to stomp the piles of overflowing tea leaves to get them to sink. Some of the raiding force tried to sneak tea into their pockets — one was even brave enough to use a rowboat to collect his stash, but these canoes were overturned. After they emptied all of the crates, enough to fill 18.5 million teacups, the “Indians” ducked into safe houses, through the help of the Daughters of Liberty, and were home by 10 that night.

In response, the British Parliament enforced “The Coercive Acts,” otherwise known as “The Intolerable Acts” of 1774, which were aimed at punishing Boston and establishing British military control in Massachusetts.

What Britain failed to predict was that the colonists would rally together, organizing the First Continental Congress in September of that year and beginning the road to revolution.