Today in military history: N. Vietnam rejects US prisoner exchange proposal - We Are The Mighty 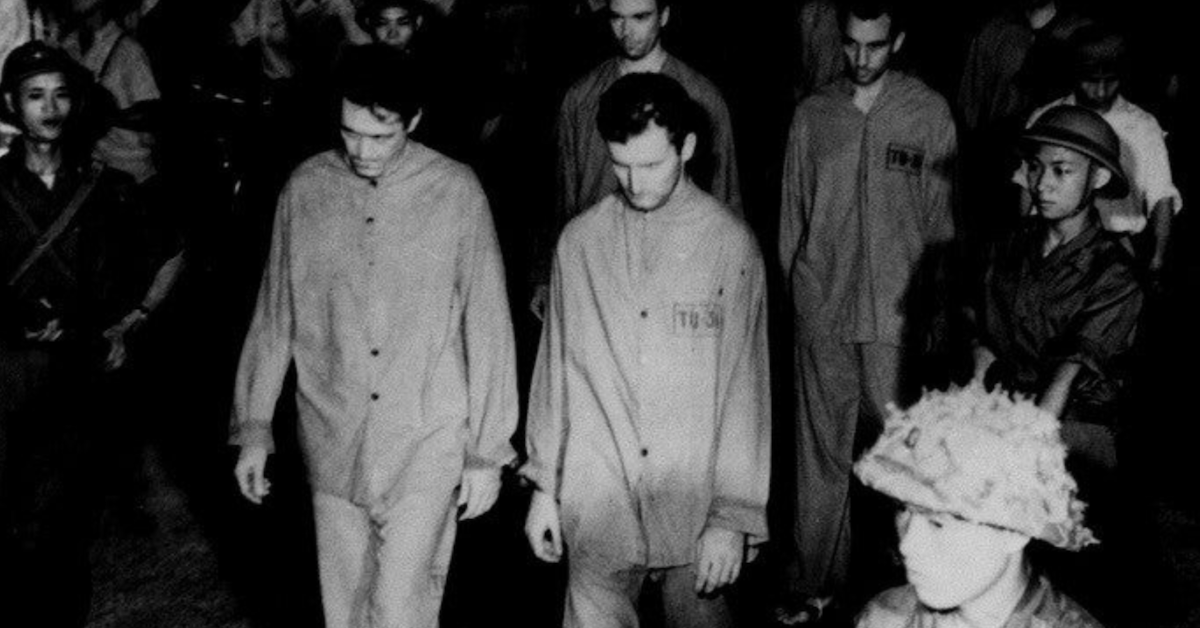 Members of the United States armed forces were held captive by North Vietnam as early as 1964. The POWs endured torture, solitary confinement, malnutrition, and extreme violence such as rope bindings, irons, and beatings. Even so, the Americans continued to resist by all means available, communicating with each other by means of a tap code, and even communicating to the world when Commander Jeremiah Denton blinked the word “TORTURE” in Morse Code during a televised conference.

In July 1966, Johnson submitted a proposal for a prisoner exchange via the International Red Cross, but on Dec. 8, he received the response: North Vietnam refused the proposal.

It wasn’t until January 1973 when terms were reached in the Paris Peace Accords, stipulating that all U.S. prisoners were to be released by March. On Feb. 12, 1973, the first of 591 U.S. prisoners began to be repatriated as part of Operation Homecoming.

U.S. Marine Ernest Brace was held captive in Hanoi for almost eight years, making him the longest-held and recovered American POW in the entire war. According to a Department of Defense report from September 2017, 1602 Americans remain unaccounted for in Southeast Asia to this day.

Featured Image: A few months into their captivity, Jeremiah Denton was forced to lead 49 other prisoners of war on what became known as the “Hanoi Parade.” The NVA marched the POWs through the streets of the North’s capital at Hanoi while North Vietnamese civilians brutally beat them as they moved.