Today in military history: US raids Hanoi - We Are The Mighty 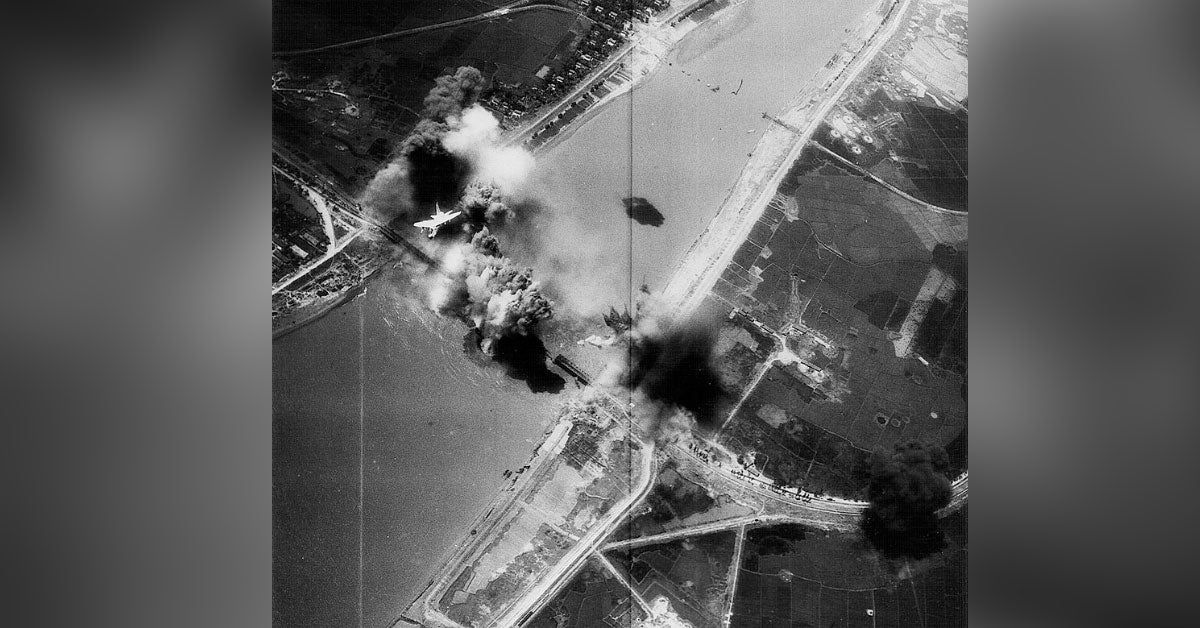 On Aug. 27, 1972, U.S. aircraft hit North Vietnamese barracks near Hanoi and Haiphong in the heaviest bombing in four years.

Earlier that year, the North Vietnamese Army (NVA) launched a ferocious military operation known as the Easter Offensive, designed to gain as much territory and destroy as many U.S. and South Vietnamese units as possible.

In response, President Nixon unleashed Operation Linebacker I, a continuous bombing effort against the North.

On Aug. 27, U.S. aircraft flattened NVA barracks near Hanoi and Haiphong and destroyed bridges on the railroad line to China as four ships shelled the Haiphong port and attacked two NVA patrol boats.

Operation Linebacker One would continue through October and in December, Linebacker II would begin.

Tens of thousands of Americans would die as a result of the Vietnam War, with three hundred thousand more injured and countless traumatized. In 1995, Vietnam released an official estimate detailing as many as two million civilian deaths on both sides with somewhere between two hundred thousand and one million combatants killed.