Today in military history: Nuremberg Trials begin - We Are The Mighty 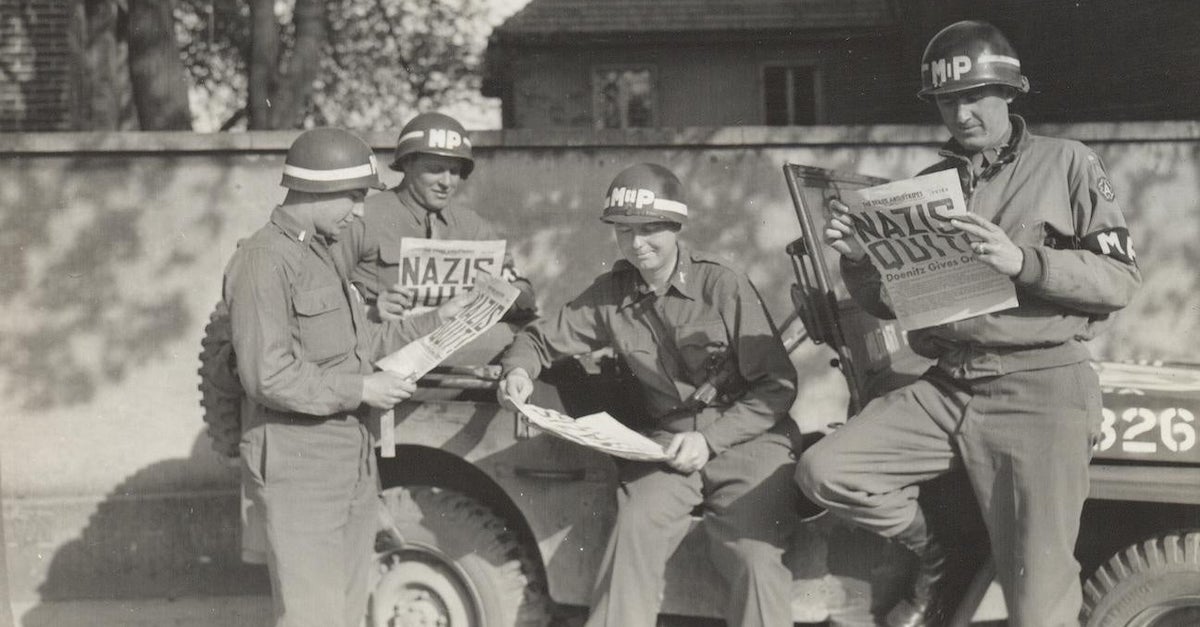 Many leaders of the Third Reich — including Hitler himself — committed suicide after their defeat in World War II. Cowards fled, knowing that they were to be held accountable by the international community. But some were detained and tried so that justice could be served.

After the final German surrender on May 7, 1945, the Allied forces began arresting German leaders accused of war crimes, summoning some to headquarters in order to turn themselves in and sending teams to arrest those who would resist or attempt to escape.

Many of them were placed in front of western newspaper reporters for lengthy interviews and press conferences. This included heads of the navy and army, including Fuhrer Karl Dönitz, the admiral who took control of Germany after Hitler’s suicide.

While it may seem odd to give reporters first crack at questioning the prisoners, it makes a certain kind of sense for democracies, republics, and parliamentary countries that need to reward their people for maintaining the faith through years of bloody, costly warfare.

They would all face tribunals or German courts, many of them at the famous Nuremberg Trials.

Twenty-four high-ranking Nazi leaders were tried for war crimes before an International Military Tribunal in Nuremberg, Germany, where most of the defendants admitted their guilt, though many claimed they were following orders.

Twelve were sentenced to death. Seven were sentenced to prison terms for 10 years to life. Three were acquitted. One committed suicide and another was deemed mentally unfit to stand trial. Martin Bormann, the Nazi Party leader, was tried and sentenced in absentia, though he is believed to have died in May 1945.

On Oct. 16, 1946, the death sentences were carried out by hanging, though Hermann Goering, the creator of the Gestapo and commander of the Luftwaffe, committed suicide by poison the night before.

Trials of Nazis continued to take place around the world, but the Nuremberg trials would influence international laws identifying war crimes as well as practices for international criminal hearings.