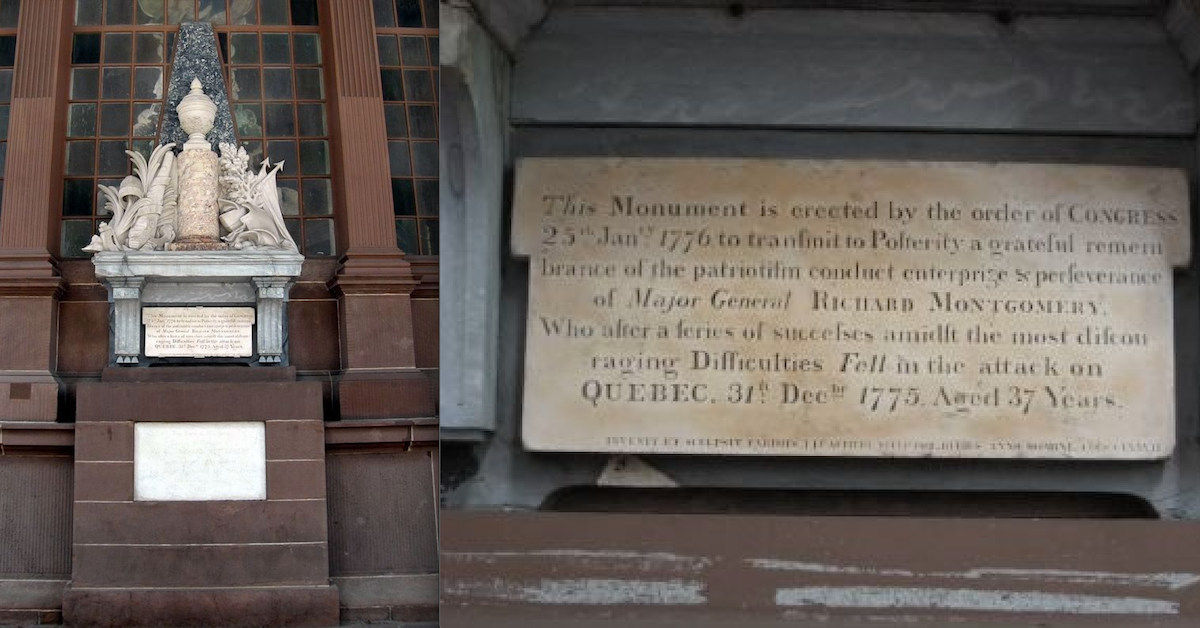 Considered America’s first national hero, Montgomery first began his career in the British army, serving in battles and sieges and finally the French and Indian War. In 1773, he married Janet Livingston, the member of an influential New York family, which brought him to America and the side of the rebels. He became a Major General of the Continental Army.

Montgomery is most famous for leading a failed invasion of Canada in 1775, where he lost his life and became one of the first generals of the revolution to fall on the battlefield. The British found his body and gave him an honorable burial, though his remains were moved to New York City in 1818.

After his death, Congress authorized a monument raised on Montgomery’s behalf, with Benjamin Franklin himself selecting the artist to create it. King Louis XV’s personal sculptor, Jean Jacques Caffieri, designed and built the monument and it was shipped to America in 1778.