Today in military history: Union victory at Mobile Bay - We Are The Mighty 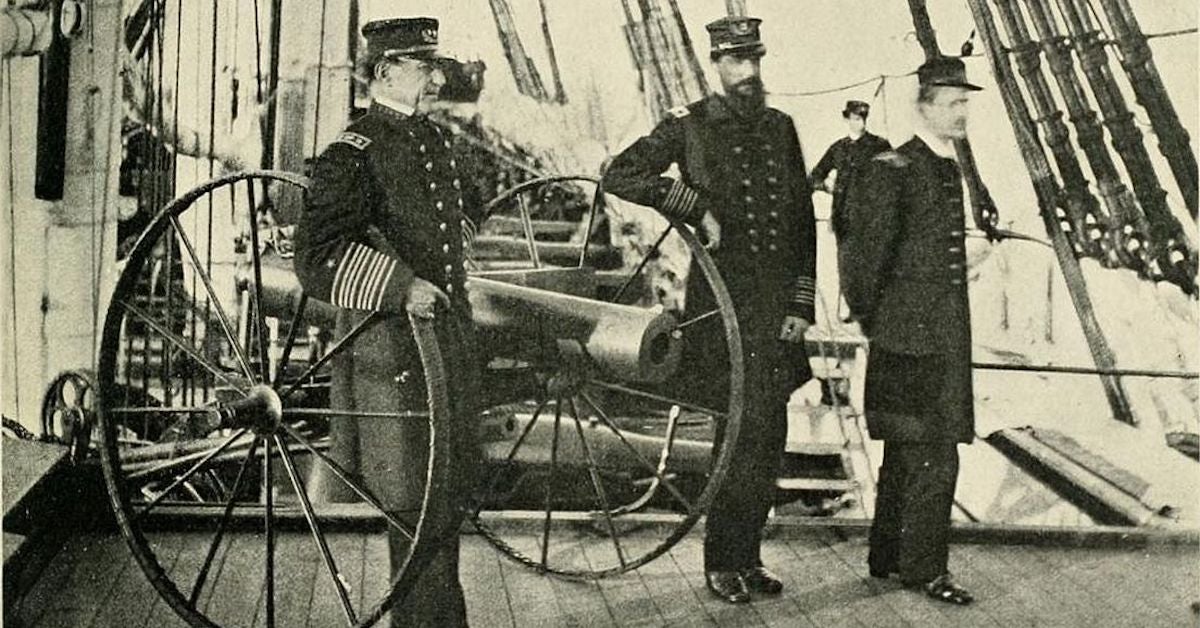 On Aug. 5, 1864, the Union defeated Confederate defenses at the Battle of Mobile Bay.

Mobile was a critical port on the Gulf of Mexico for the Confederates, so it became a priority of Union General Ulysses S. Grant to have it captured in early 1864.

Union Admiral David Farragut had seventeen warships against the Rebel fleet of four, but the South had the CSS Tennessee, said to be the most powerful ironclad afloat at the time. There were also two Confederate batteries inside Forts Morgan and Gaines at Mobile Bay as well as a large minefield made up of what were then called “torpedoes.”

During the Civil War, underwater mines were referred to as “torpedoes” after the seagoing electric ray, known then as a torpedo fish, that could deliver electric shocks. Civil War-era mines were often modified beer barrels filled with gunpowder. If they stayed in the water too long, they could get waterlogged, and the gunpowder rendered useless.

Storming the bay, Farragut quickly lost his iron-hulled USS Tecumseh, after which he allegedly — yet famously — shouted, “Damn the torpedoes! Full steam ahead!”

The Union fleet secured a victory, capturing Forts Morgan and Gaines within two weeks,  sealing off the port from Confederate blockade runners and boosting Northern morale in what would become a string of Union victories.

Farragut’s victory over the last port on the Mississippi River completely cut the South off from moving cargo that could be sold abroad or importing critical weapons and supplies. It also helped secure an election victory for President Lincoln, ensuring the war would continue until the Federals won.