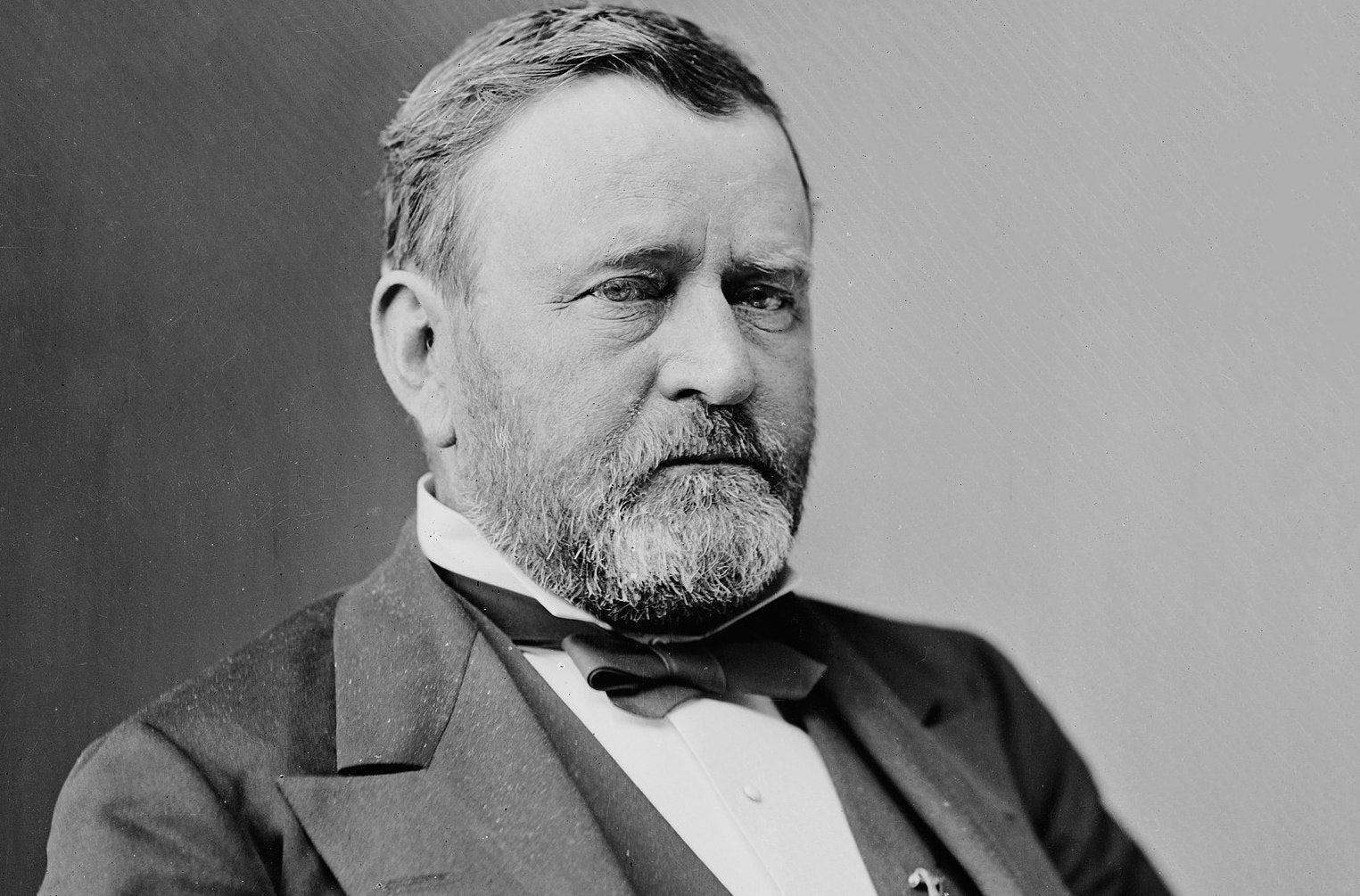 By the end of his life, Ulysses S. Grant was in a rush to finish his memoirs. It was a race against time and throat cancer, intended to provide his family the money they needed to survive after his death. Today we remember Grant as a great general and an okay kind of president, but he could be a lousy judge of character.

Luckily for his family, his book was a hit. But, like his victories in the American Civil War, Grant could not have been a success without his legions of loyal soldiers. Facing financial ruin and throat cancer at the same time, Grant and his men worked tirelessly to ensure Grant’s soon-to-be widow Julia, the former First Lady, would be well off after his death.

After leaving office as the 18th President of the United States, Grant and his wife took a trip around the world. When he returned to the U.S., he was nearly 60 years old and was low on funds, as their trip was self-funded and ex-presidents didn’t yet enjoy the post-service financial benefits they do today.

As luck would have it, Ulysses S. Grant, Jr. was getting into business with a seemingly intelligent young investor named Ferdinand Ward. The elder Grant entrusted large sums of money to his son’s firm, believing that his investments had paid off to more than $2 million. It was all an illusion. Ward was actually using the fund as a Ponzi scheme, taking the money to make purchases for himself.

When the Ponzi scheme fell apart in 1884, the former president was flat broke. If that wasn’t bad enough, he was shortly after diagnosed with terminal throat cancer and didn’t know how much time he had left. His only source of income before the investment was a series of well-written articles he’d [published in Century Magazine. Friends encouraged him to work the stories of the battles he’d led into a full memoir to provide for Julia’s future.

He approached a publisher with a deal to receive 10% of every book sold and to write it as a series of books. Before the former president could sign, however, his friend Mark Twain intervened, telling him the publisher was taking advantage of the situation and that he could earn much, much more for his story.

Twain wanted Grant to use his company, which sold subscriptions to readers. The subscription model required the effort of selling subscriptions, but it meant the author could pocket 70% of the revenues from the books sales. That 70% is the deal the ailing president would agree to in the weeks ahead.

Grant worked tirelessly despite being in great pain from the cancer, often finishing up to 50 pages a day. Twain would remain on hand to do copy editing and advice. The two men worked furiously for four months to get the volumes written.

The memoir was finally published in two volumes, and focused less on the president’s personal life, such as his childhood, and focused more on his experiences in the Mexican-American and Civil Wars. Twain also enlisted the help of some 10,000 former Civil War soldiers who pushed others to buy their general’s memoirs.

When it was finally published, it was one of the bestselling books of the 19th century, and was met with near universal acclaim. Most importantly, Grant was able to provide for Julia after his death in 1885.