Top 5 Military Comics - We Are The Mighty 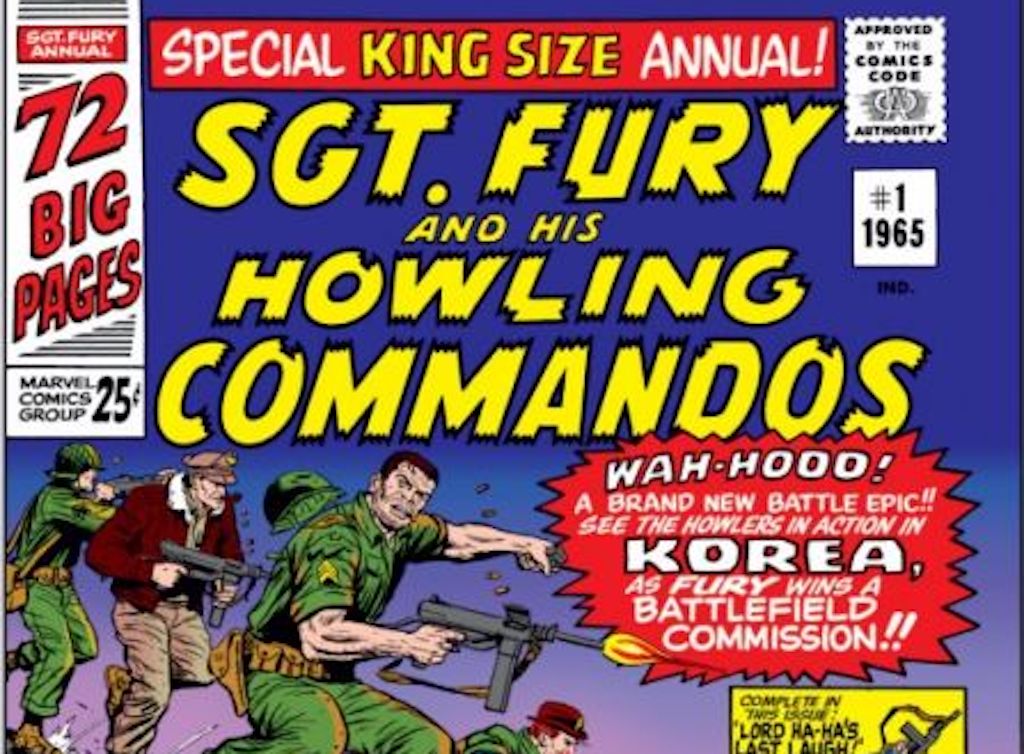 Military comics are an interesting genre with a slew of legit storylines and characters from which to choose. These are the best 5 military comics available on the market now and online. Some of the comics are written by veterans, too.

G.I. Joe started in 1982 and ran until 1994 with 155 issues being published by Marvel. The creator and writer of the comic, Larry Hama, used his experience in the Army when writing the comics. He served in Vietnam as a firearms and ordnance expert, which led to the realistic portrayals and technical accuracy in the series. What is there not to love about the G.I. Joe from gritty veterans, to ninjas, terrorist organizations and high speed, low drag equipment it shows the best of American pop culture of the 80s and 90s? If you dislike reading comics, give issue #21 Silent Interlude a shot, you will not be disappointed and there is not any dialogue to read — it is all pictures.

Marvel’s foray into military topics and pop culture in the 1980s continued with The Nam. An intimate look into the world of military veterans serving in Vietnam, The Nam ran from 1986 to 1993 and for 84 issues. It covered the war from 1965 to 1973 and was edited by none other than Larry Hama, which adds great credibility to the series. The comic is set from a Private First Class’s perspective in the war and is fictional in ways, but also stems from true accounts of veterans who served in Southeast Asia in the 60s and 70s. The comic received praise from Marine Corps veteran journalist, screenwriter and author William Broyles Jr., a veteran of the Vietnam War.

Sgt. Rock is the hard, rough and no-nonsense Non-Commissioned Officer of World War II. He has been fighting the Axis powers for 167 issues from 1961 to 1988. Larger than life and full of action, Sgt. Rock has been in discussion to be made into a feature for over 30 years. The initial start was in the 1980s with Arnold Schwarzenegger attached to play the great Sergeant himself. Sgt. Rock carries classic GI equipment such as a trusty .45 and Tommy Gun to use against the Nazis. The comic ran from 1952 to 1988 for a surprising 422 issues. A patriotic, tough and engaging comic worth a read.

4. Sgt. Fury and His Howling Commandos

Sgt. Fury leads the racially integrated First Attack Squad, aka the “Howling Commandos” into action against the Axis powers in World War II. The comic was created by the legendary Jack Kirby and Stan Lee of Marvel Comics, both veterans of World War II. The series ran from 1963 to 1981 covering a span of 167 issues. Sgt. Fury later become Colonel and led S.H.I.E.L.D., making appearances in his own and the Marvel Avenger’s universe films.

Unknown Soldier is a long-running DC comic from 1952 to 1981 under a couple of names, most notably Unknown Soldier. It is based on The Tomb of the Unknown Soldier at Arlington National Cemetery and the main character is disfigured while being a master of disguise as well. He has been revived many times throughout the previous decades and made his first appearance in a Sgt. Rock issue. There have been a few lead Unknown Soldiers throughout the different runs of the series focusing on World War II initially and then blending to different conflicts in later editions. For big comic books fans, Garth Ennis, known for his work on Preacher wrote a four-issue limited series for Unknown Soldier in the 1990s.