Top 5 world leaders whose beliefs led to their assassinations 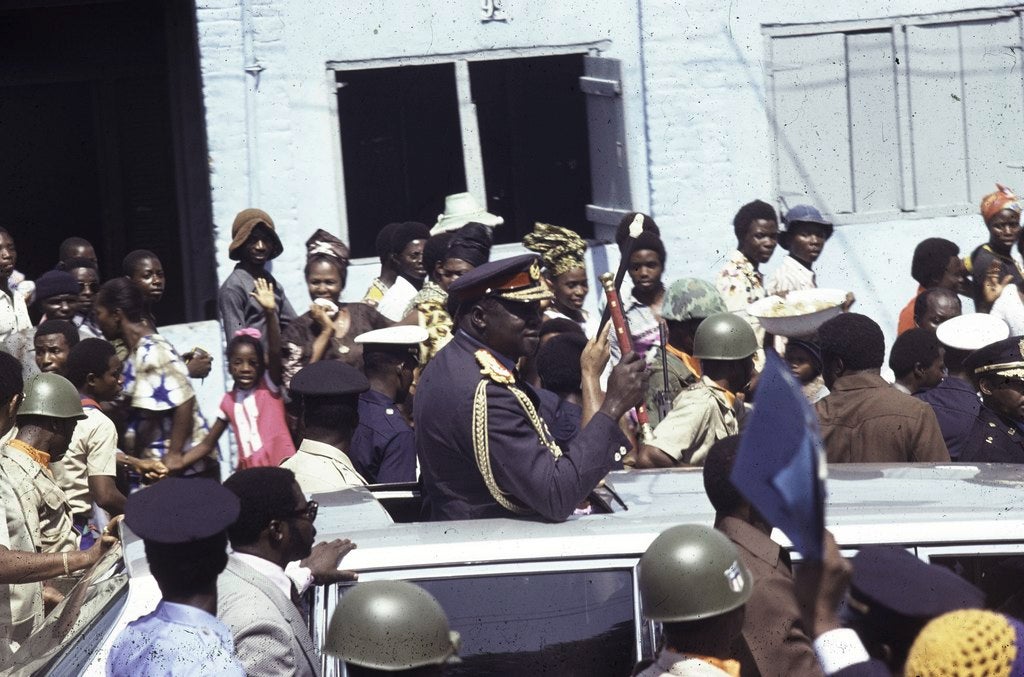 Idi Amin during the inauguration of William Tolbert, 19th president of Liberia, in 1976.

Leaders are obligated to take care of those under their rule out of necessity. However, some political decisions and polices have led to their early fall. Whereas the logic and morality of certain political intentions can be debated, the heartless tactics by which unscrupulous politicians achieve their objectives are questionable. Many infamous leaders have been deposed and executed in recent decades for their cruel behavior, while others have been killed for standing up for their people.

Burkina Faso’s president, Thomas Sankara, was assassinated during a coup. He fought corruption and oversaw massive increases in education and health spending after assuming power at the age of 33. During Sankara’s reign, he prohibited imports and encouraged his people to make their clothes, food, and other necessities. When the French discovered Sankara had a significant impact not only in Burkina Faso but also in other African countries, they used his best buddy to draw him into a trap. Because his best friend had been with him for a long time, even after he grabbed power, this was the biggest betrayal of all time. At a meeting with the National Revolutionary Party, he was enticed to his death.

Abraham Lincoln’s abolitionist social policies is one of the principle motives behind his assassination. During the American Civil War, as the President of the United States, he campaigned for ethical, political, and legal judgments that eventually led to the abolishment of slavery. Following a speech calling for Black Americans’ right to vote, John W. Booth plotted Honest Abe’s death. President Lincoln had no idea what this would personally lead to, especially as he was primarily concerned with the well-being of all Americans.

Mahatma Gandhi fought for India’s independence from British rule. He ascended to the presidency of Congress and freed his country from repressive rule. Gandhi posed a significant threat; thus, assassination plans were devised. He was assassinated in New Delhi during a devotional service. Mahatma Gandhi died at an old age, and though tragic, he left his people in a good place.

There have been vicious presidents in the past, but none like Idi Amin. He was a Ugandan President who ascended through the ranks of the military and knew nothing but brutality. Amin deposed the reigning leader and declared himself president, ruling for the next eight years. He enjoyed a luxurious lifestyle during his reign despite contributing to Uganda’s economic meltdown. He was determined to stay in power at any cost, resulting in widespread human rights violations and mass murders. After being ousted, Amin escaped to Saudi Arabia, where he was slain.

During Muammar Gaddafi’s leadership, he went from a revolutionary hero to an outcast, valued strategic partner, then back to an outcast. He established his political ideology and published a widely read book. Gaddafi controlled his people for a long time, and while he may have been intoxicated by power, he undoubtedly left his country in a better state than when he arrived. Several groups attempted to portray him as a thoughtless monarch driven by avarice before he was slain. Gaddafi was, without a doubt, Libya’s greatest leader.

He aspired to free Africa from colonial restraints, in addition to freeing his country from foreign oil firms. NATO’s military involvement in Libya was a plot to murder the only African leader who had considered establishing an African Central Bank with its own gold-backed currency. NATO’s true aims were not exposed until 2016. It aimed to keep the dollar from being crippled by developing a hard independent currency in Africa. Were it not for this, Africa would have been an independent continent.