The USO has done so much for our troops. It's our turn to give back. - We Are The Mighty

The USO has done so much for our troops. It’s our turn to give back. 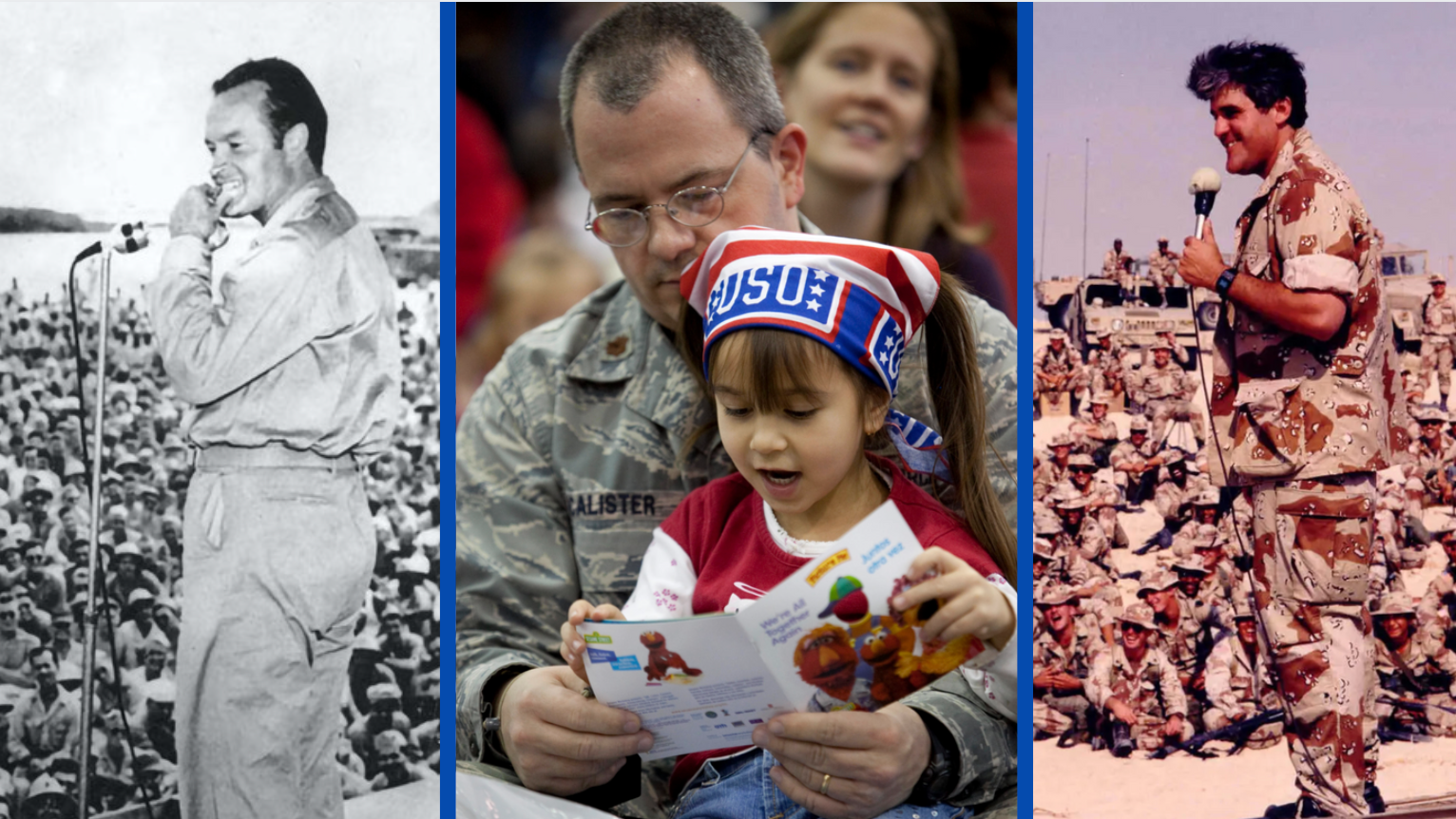 We Are The Mighty is proud to support the United Services Organization in the 125th Boston Marathon, just as the USO has been supporting troops, veterans and military families since the non-profit began in 1941. We Are The Mighty is hoping to raise $30,000 to support various USO programs. All money raised will go directly to the USO through the GivenGain charity partner program of the Boston Marathon.

Running for Team We Are The Mighty will be WATM President Mark Harper and WATM Digital Production Director Ryan Curtis.

Mark, an Air Force veteran, spent seven years on active duty as a Commander of Combat Video before bringing his passion for compelling visual storytelling to WATM. In the Air Force, Mark led teams of highly trained visual information professionals who deployed globally to provide documentation of DoD wartime and peacetime activities. With his love of entertainment, Mark is honored to raise money for the USO – an organization bringing joy to our troops at home and abroad through performance and the arts since WWII.

Ryan served as a Staff Sergeant in the United States Army for eight years, enlisting just 12 days before 9/11. During this time, he deployed throughout the Middle East, Africa and Europe. Following his service, Ryan chased his dreams of storytelling to Los Angeles to become a director. Running has always been a part of Ryan’s life — the oldest of seven children in a split home, no matter what was going on inside his house, he could always count on the pavement outside to keep him grounded. Incidentally, those childhood sidewalks are the very site of the Boston Marathon.

Mark and Ryan are humbled to run for the USO and hope to raise a combined total of $30,000. Click here to donate on GivenGain, the official fundraising platform of the USO & Boston Marathon.

The USO strengthens America’s military service members by keeping them connected to family, home and country, throughout their service to the nation.

Since 1941, the USO has been the nation’s leading organization to serve the men and women in the U.S. military, and their families, throughout their time in uniform. From the moment they join, through their assignments and deployments, and as they transition back to their communities, the USO is always by their side.

Today’s USO continuously adapts to the needs of our men and women in uniform and their families, so they can focus on their very important mission. We operate USO centers at or near military installations across the United States and throughout the world, including in combat zones, and even un-staffed USO service sites in places too dangerous for anyone but combat troops to occupy.

The USO is not part of the federal government. A congressionally chartered, private organization, the USO relies on the generosity of individuals, organizations and corporations to support its activities, and is powered by a family of volunteers to accomplish our mission of connection.

Just prior to the onset of America’s involvement in World War II, President Franklin D. Roosevelt sought to unite several service associations into one organization to lift the morale of our military and nourish support on the home front. Those entities – the Salvation Army, Young Men’s Christian Association, Young Women’s Christian Association, National Catholic Community Services, National Travelers Aid Association and the National Jewish Welfare Board – became the United Service Organizations or, the USO.

Today, the USO has continued to support our nation’s military and their families for over seven decades as they defend our country and its freedoms. By providing support to our servicemen and women as they perform their most challenging duties around the world, our credo is to be always by their side.

The reach of the USO’s more than 250 centers extends to countries on every continent, operated by thousands of staff and volunteers whose goals are to match our service members’ vigilance and provide best-in-class service to those who sacrifice so much for America.