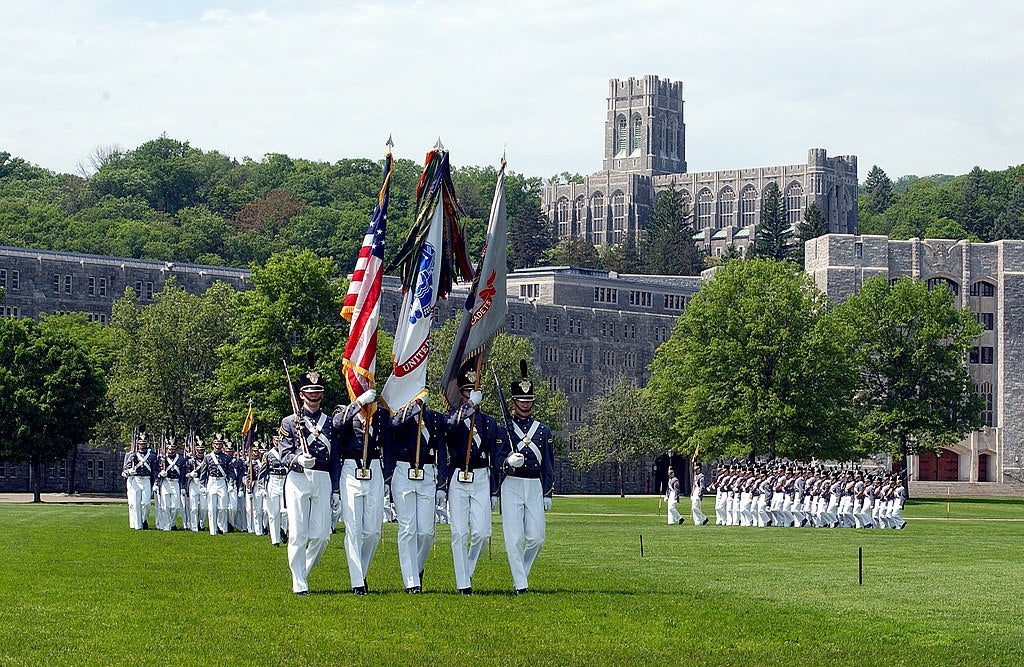 What could be more American than hopping in the car and hitting the open road? This summer, why not pile everyone into the family vehicle and explore some of what this country has to offer? While plenty of towns across the U.S. are rich in military history, here are five spots you will absolutely not want to miss. First on the list? America’s oldest military installation. As you traverse the country, you’ll learn more about our heritage and history. And you might make some fantastic family memories along the way, too. Taking time out on your road trip to visit these sites is well worth it.

As any military buff is well aware, West Point, New York, is home to the oldest military installation in the country. And, as most of us are aware, U.S. Military Academy West Point is also home to the West Point football team. Situated on the Hudson River, West Point was first a strategic site during the Revolutionary War. Since then, it became a military training post and then a school that is now the most highly regarded U.S. Military Academy in the nation. Be sure to tour the campus and visit the West Point Museum while you’re here.

As you head down from West Point, why not stop in Annapolis, Maryland? Not only will you get some of the best crab the country has to offer, but the area is so rich with historical significance! From all the way back to 1842, Navy and Marine Corps officers have come to the U.S. Naval Academy in Annapolis, Maryland for their education. While visiting the area, you can tour the impressive campus with stunning views of the Chesapeake Bay. Make sure you arrive before 12 pm to witness 4,500 uniformed midshipmen’s “noon meal formation,” where they march their way to lunch accompanied by drums.

It’s about a ten hour trek from Maryland to Ohio, but we promise you it’s worth it. You could tack on a bit of Civil War history and head through Pennsylvania. Or you could just drive straight and land at the birthplace of aviation. No, really! In case you didn’t know, Dayton, Ohio is the hometown of the original inventors of the airplane, Orville and Wilbur Wright. When they provided the first airplane to the US Army, they put Dayton on the map of military aviation history forever. Dayton is home to the Wright-Patterson Air Force Base, the Dayton Aviation Heritage National Historic Park, and the National Museum of the US Air Force. Many say the museum’s aeronautical collection surpasses the Smithsonian.

After you’re done exploring the Buckeye State, head south! And, if Civil War history is what you’re after, your road trip should include a stop in Charleston, South Carolina. This town is home to Joint Base Charleston and military sites that date back centuries. During the Civil War, the Confederates attacked Fort Sumter in an attempt to take it from Union forces. You will have to take a ferry to visit this national monument. From the mainland, you can look out toward Fort Sumter from The Battery, a promenade and seawall where folks witnessed the attack live back in 1861. The Patriots Point Naval and Maritime Museum is also a necessary stop while in town. This museum offers a tour through the USS Yorktown, an enormous World War II aircraft carrier.

There’s no better place to round out an epic road trip than Florida. Military history and culture are as ripe as it gets in Pensacola, Florida. The legendary Blue Angels train at Naval Air Station Pensacola, so if you time it right, you will get to witness an air show practice session. While you’re here, check out the National Naval Aviation Museum, showcasing a replica of the USS Nimitz, an 8,000-square-foot aircraft carrier. You’ll also want to visit to Fort Barrancas, where you can check out its tunnels.

Editor’s note: This article was updated on July 11 to reflect accurate terminology of “midshipmen” instead of ”cadets” at the Naval Academy. We regret the error, especially the Navy vets on staff.