7 best military museums for history lovers - We Are The Mighty 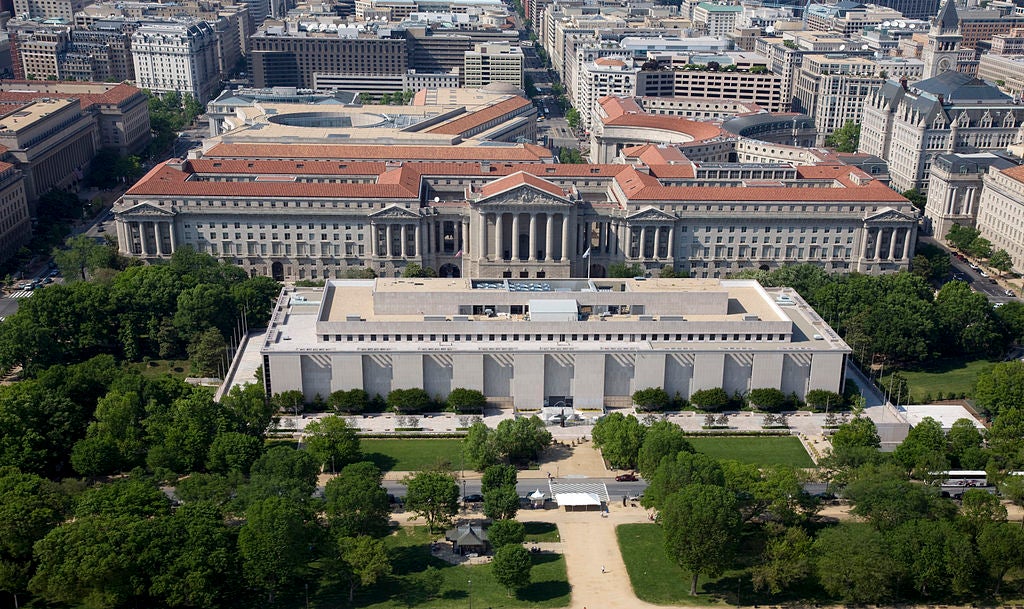 Aerial view of the National Museum of American History, located on the National Mall in Washington, D.C. The Andrew W. Mellon Auditorium, among other buildings in the Federal Triangle, is visible in the background. (Library of Congress).

The best way to glimpse into genuine U.S. military history is by visiting some of the nation’s best military museums. They range from high-tech educational institutions to historical sites, and all have plenty to feast your eyes and brains on. Even better, they’ll give you a glimpse into the military’s past – always good knowledge to have.

Heading out this summer for some travel? Why not plan your trip around these history-focused military museums in the country? You’ll learn, you’ll travel and you’ll have fun, too!

Located in the capital of the United States, the Smithsonian National Museum of American History houses an astounding display of military artifacts. When you check out the Smithsonian, expect to see everything from swords and firearms to uniforms and ordnance. The education you can get here is unmatched if you are willing to spend the time. But be prepared for the crowds! It’s always tourist season in the nation’s capital! The icing on the cake is that all Smithsonian museums in D.C. offer free admission at all times.

2. National Museum of the U.S. Army

Since you’re in the area, why not head to the Army’s newest museum? Not only is this located in nearby Fort Belvoir, but it’s also super new! The Army unveiled it during the pandemic, so the soft opening isn’t on everyone’s radar. Inside the National Museum of the U.S. Army, you’ll find U.S. Army history dating back to the nation’s origins, all the way up to present times. Exhibits focusing on the Civil War and the Army’s role in the development of crucial technology should not be missed.

3. National Museum of the Marine Corps

Right down the road from the Army’s museum is the National Museum of the Marine Corps. In the first place, this museum is near the Marine Corps Base Quantico and houses over 240 years of Marine Corps history. Secondly, the building itself is a work of art. Not only is it a magnificent 120,000-square-foot structure, but you can even see it from the highway. (Take that, Army!) Inside, you will find interactive exhibits that include a combat art gallery, a boot camp introduction, and more. Enjoy free admission to this outstanding museum commemorating Marine Corps history.

The Gettysburg National Military Park Museum and Visitor Center in Gettysburg, Pennsylvania is a somber historical site. Don’t expect any of the joviality that you might from other museums. Here is where the most US Civil War casualties occurred. Now, the space has been transformed into grounds for education and remembrance. Visitors will learn about the vast history of the battle and its importance during the Civil War.

For history buffs interested in the American experience during World War II, visit the National WWII Museum in New Orleans. Its exhibits are immersive, sending you back to see what life was like through the eyes of those who lived it. Some exhibits include Road to Berlin, Road to Tokyo, and The Arsenal of Democracy. The museum also boasts a variety of life-size military vehicles—tanks, warplanes, and more.

Military history enthusiasts have a great reason to visit the Dayton, Ohio area. It’s home to the National Museum of the US Air Force at Wright-Patterson Air Force Base. Expect to be wowed by the display of over 360 missiles and aircraft. Exhibits include those focused on WWII, Korea, and all the way up to space. The Air Force Museum Theatre even has flight simulators for those who want a truly immersive experience.

On-site at Naval Air Station Pensacola is the National Naval Aviation Museum. A walk around this museum and you’ll be feasting your eyes on countless artifacts and documents spanning all of Naval aviation history. The history here is unreal, including immersive experiences as well. These include flight simulators, the Blue Angels 4D Experience, a virtual flight deck, and a giant-screen theater. While admission is free, you won’t get in unless you’re part of an educational opportunity or you or someone you know holds a Department of Defense ID card.

Looking for more great historical content? How about that time WWII vets overthrew politicians in Tennessee?