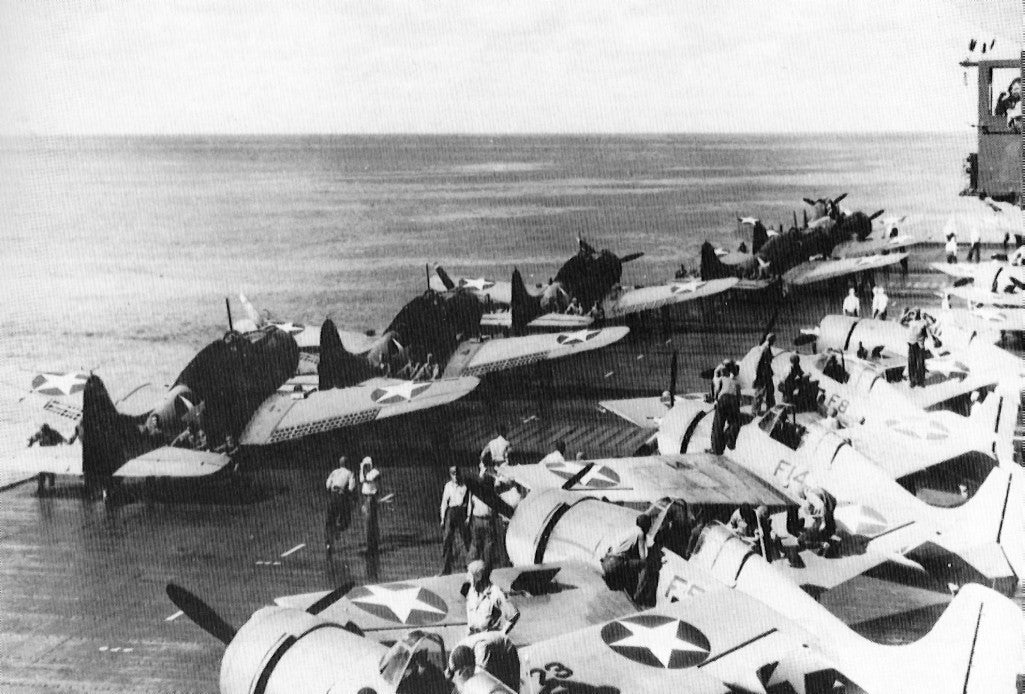 The World War II Battle of Midway was a gamechanger for the United States. It came just six months after the Japanese attack on Pearl Harbor thrust America into the global war, at a time when the future looked pretty bad for the Allied forces everywhere. Japan was still advancing across the Pacific and it looked like the U.S. didn’t have an answer for their onslaught.

There was, however, hope. It came in the form of an intelligence report from decrypted Japanese transmissions. The Americans figured out that Japan’s next target was the island of Midway, and the U.S. Navy made a plan to stop them.

Japanese Admiral Isoroku Yamamoto planned to finish off the rest of the U.S. Pacific Fleet at Midway in a surprise attack by overwhelming power. The Americans not only knew the Japanese were coming, but they knew the Japanese Navy’s entire order of battle. When the attack came, U.S. anti-aircraft defenses were waiting for them.

After the first wave, Midway’s airfields and defenses were still intact. An American bomber force attacked the Japanese but with little effect, and Japanese spotter planes located the U.S. fleet, led by the carrier Yorktown, that was en route to surprise them. The enemy changed tactics and attacked the fleet instead of the base.

As that attack happened. U.S. Navy Devastator bombers attacked the Japanese fleet but were shot down by Japanese Zero fighters. Despite having the enemy’s game plan, things were looking bad for the Americans. Japanese fighters and bombers began rearming, but that’s when things took a turn for Japanese Navy.

American carrier-launched bombers suddenly attacked the Imperial Japanese carriers Kaga, Akagi and Soryu, in the middle of their rearming and refueling process. Flying a a Douglass SBD Dauntless dive bomber during the battle that day was Lt. Cmdr. Dick Best, a Naval aviator who was about to change the tide of the battle and the war for the United States.

Best and his squadron were ordered by their commander to attack Kaga, even though the plan for the day was to attack Akagi. Best understood that his commander had made a mistake and stuck to the plan while other fighter pilots switched targets. When Best went in for the kill on Akagi, on his wingmen were with him.

Best dropped his first bomb on Akagi, hitting the ship right on target. His bomb penetrated the flight deck and exploded in the hanger, knocking the carrier and its aircraft out of the fight. It would be sunk the next day. All three carriers would be hit in the attack and set on fire as the Navy fighters left the area.

Later that same day, Best was locked in combat with the carrier Hiryu, which moved to send aircraft toward the Yorktown and its carrier aircraft. Yorktown itself would be knocked out (temporarily), but fighter aircraft from every other carrier attacked the Hiryu. Again, it was Lt. Cmdr. Dick Best who struck the Hiryu with a direct bomb hit, penetrating the flight deck and setting the ship on fire.

In all, Japan lost all four carriers during the Battle of Midway. Just six months into the war, the Americans dealt Japan a crippling blow from which it would never recover. Although Imperial Japan was still a threat, the tide had turned on one battle, six months into the war, with half of the pivotal blows in the critical battle coming from the cockpit of Lt. Cmdr. Dick Best.