5 famous franchises founded by veterans - We Are The Mighty 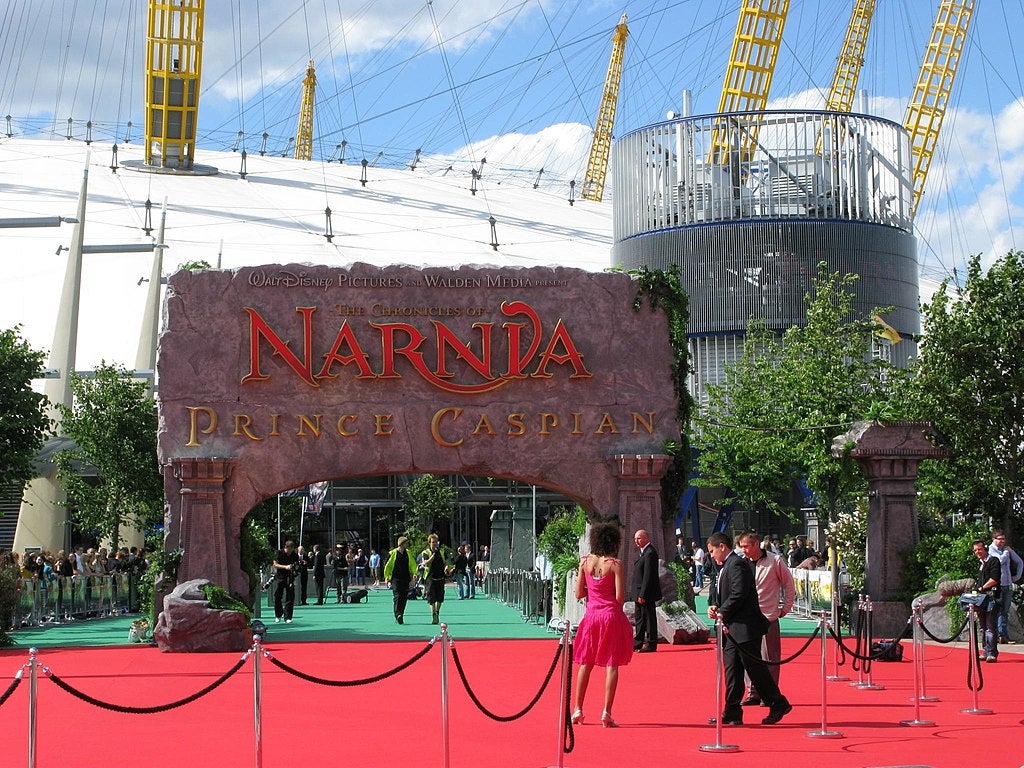 The premiere of The Chronicles of Narnia: Prince Caspian in 2008. (Wikimedia Commons).

1. The Chronicles of Narnia

C.S Lewis created the Chronicles of Narnia series which was initially published initially in 1950 with the first book being The Lion, the Witch, and the Wardrobe after having written many nonfiction titles some of which were on the subject of Christian theology. The series has a total of seven books which have been made into feature films, video games, cartoons, radio dramatizations and audiobooks. The franchise has current estimated revenue of over $2B. Lewis served in World War I in the British Army. He experienced trench warfare on the front line in Somme Valley, France, and was wounded by an errant British artillery round that fell short of its target. He was sent to the hospital and demobilized in 1918, which allowed him to return to his studies at Oxford. We’re glad he made it home.

2. Planet of the Apes

Boulle’s book Planet of the Apes, released in 1963, attracted a large audience and even created more of a stir when the film came out in 1968 to much fanfare, which was adapted by talented screenwriters and military veterans Rod Serling (Army in WWII) and Michael Wilson (Marine Corps in WWII).

The series continued throughout the 1970s spawning comics, a cartoon program and four feature film sequels. The series was revived in 2001 with Tim Burton’s Planet of the Apes and a reboot in 2011, Rise of the Planet of the Apes, which has two sequels to it as well. The franchise has brought in $2.4B since initially being released in 1963. Boulle served in World War II initially with the French Army in Indonesia. He eventually found his way to serving as a secret agent with the resistance movement across China, Burma and French Indochina. He was captured by Vichy French loyalists and subjected to extreme hardship and slave-like labor.

The Marvel Entertainment Group (MEG) served as the predecessor to the Marvel Cinematic Universe. Both of the key leaders of MEG and Toy Biz, Avi Arad and Isaac Perlmutter, served in the Israeli Defence Force during the Six-Day War. While in charge of Toy Biz, the two took over the rights to many of the Marvel properties such as Spider-Man and other superheroes, which led to a resurgence in the company with licensing and feature films. MEG paved the way for many of Marvel’s greatest franchises and the eventual dominance achieved by Marvel in the late 2010s.

Joe Ruby and Ken Spears spent their careers in cartoon animation, most notably creating the iconic and enjoyable Scooby-Doo. Both served in the U.S. Navy before eventually joining Hanna-Barbera productions. They found much success with the show and started their own production company, Ruby-Spears Productions. At Ruby-Spears, the pair were behind producing of Alvin and the Chipmunks, Mr. T, Police Academy and Superman, a 1988 animated version of the superhero. Scooby-Doo has spawned many cartoon iterations, feature films, toys, stuffed animals and even video games. Since 2004, the franchise has generated over $1B in revenue in profit for Warner Brothers.

Merian C. Cooper is a name that is synonymous with early Hollywood and for his later production of great John Ford westerns such as The Searchers and Ford’s “cavalry trilogy.” Cooper served in World War I and World War II across a few branches. He retired with the rank of Brigadier General from US Army Air Corps at the end of World War II. He is most known for his contributions as the writer and director of the seminal 1933 film King Kong. His legacy lives on today with the King Kong franchise that has netted over $2B worldwide across the initial film, sequels, merchandise and reboots.