Who was Britain's unluckiest general? - We Are The Mighty 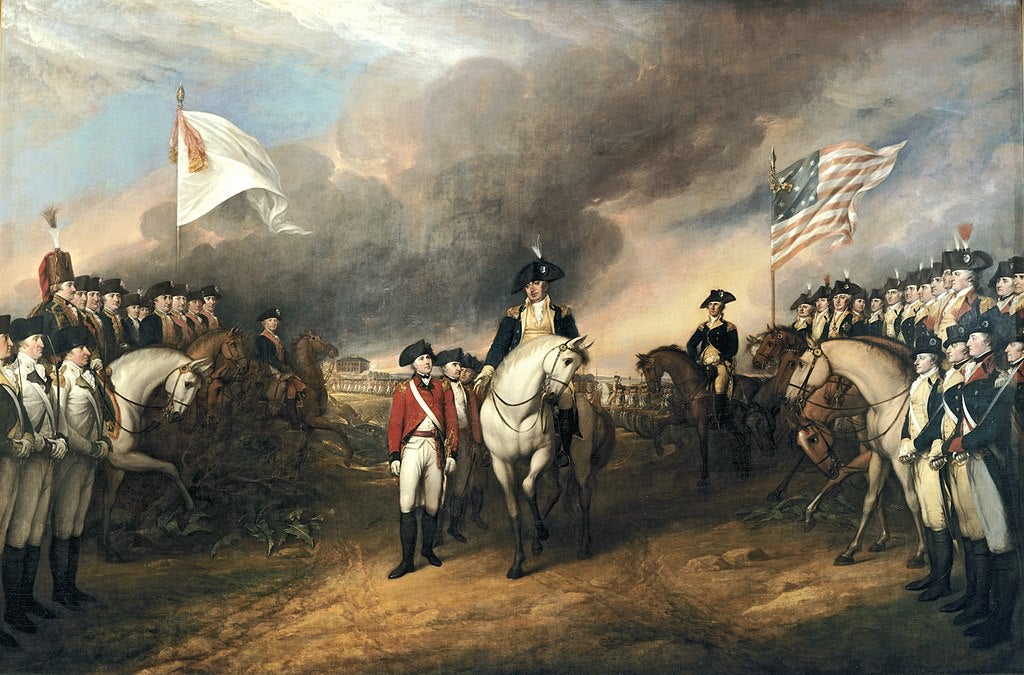 General O'Hara represented the British at the surrender of Yorktown on 19 October 1781, as Cornwallis' adjutant.

A 2012 poll in the UK asked Britons who they thought was the British Empire’s greatest historical nemeses. Among the top two answers were General George Washington and Napoleon Bonaparte. If General Charles O’Hara had been alive to participate in the poll, he would have no doubt agreed. He was, after all, Britain’s unluckiest general who was forced to surrender to both of them.

O’Hara wasn’t a bad officer. He was the illegitimate son of a Field Marshal who rose through the ranks of the British Army during a time period that was known as Britain’s “Imperial Century.” His men loved him and he sure had the experience of a veteran leader. He first joined a military unit at age 12 and pinned on an officer’s rank at 16.

During the Seven Years’ War, which was probably the first real world war, O’Hara saw action in Germany and Portugal, knocking the French around with future American Gen. Charles Lee. He would become the administrator of the British colony in Senegal, but without anyone to fight, the posting became dull for O’Hara. When the Americans declared independence, he was ready and willing to go.

Then-Lt. Col. O’Hara arrived in North America and immediately saw significant success. He was promoted to brigadier and became second in command to Gen. Cornwallis himself. During the British southern campaigns, he became pretty good at pushing the Americans around too, until he and his army were forced to move to Yorktown, Virginia in 1781.

It was there, of course, that Gen. George Washington, with the help of the French fleet, forced the British surrender that would lead to American independence. Gen. Charles O’Hara represented Lord Cornwallis at the surrender of Yorktown, offering the general’s sword first to the Comte de Rochambeau, then to Gen. Washington, and finally to Gen. Benjamin Lincoln.

After some time in the Caribbean, he returned to England, where the idleness of peacetime caught up to him again. Britain’s unluckiest general accumulated so much gambling debt, he was forced to flee England. With the help of Cornwallis, he eventually paid the debt, and was made Lt. Governor of Gibraltar, just in time for another of England’s greatest enemies to start causing a stir: Napoleon Bonaparte.

Napoleon was not yet emperor, but rather an artillery captain in the revolutionary French army. British and Spanish ships captured the city of Toulons, a critical port for the new French Republic, which threatened the national integrity of the whole country, and the French Revolution itself.

The key to the port city was a series of fortifications overlooking the harbor, one of which was defended by Gen. O’Hara. When the French attacked them, O’Hara was leading a sortie against the French forces. Instead he was captured, the fortifications fell and the allied fleet was forced out of Toulons. O’Hara surrendered to Napoleon personally.

After his capture, O’Hara spent two years in prison in Paris, labeled an insurrectionist by the revolutionary French government. While imprisoned, he formed a close bond with another prisoner, the American revolutionary Thomas Paine. A prisoner exchange saw O’Hara freed by 1795.

He returned to Gibraltar as governor once again, but this time as a full general, and spent the rest of his life there. Before he died, O’Hara uncovered a plot to kick the British out of Gibraltar and return the fortification to Spain. The British governor learned about the plan, exiled 1,000 conspirators and kept it in British hands. O’Hara’s Battery on the Rock is named for him.