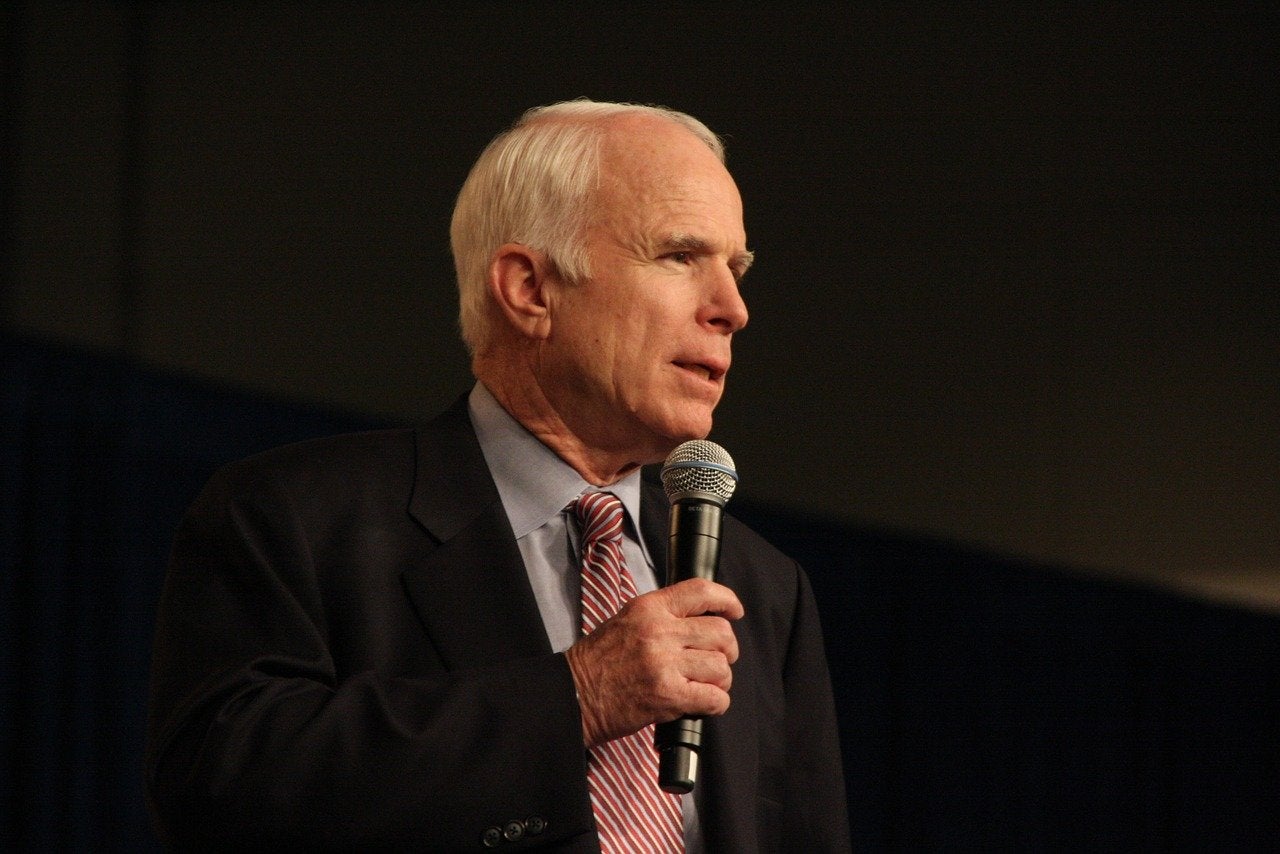 Before he was a U.S. senator, and later a presidential candidate, John McCain was a naval aviator over the skies of Vietnam. But the 1958 graduate of the Naval Academy is probably known less for his flying skills and more for what he did on the ground, as a prisoner of war for more than five years.

“I hated it, and yet I made some of the most important discoveries and relationships of my life in prison,” McCain wrote in a post on Quora, in response to the question of what it was like to be a P.O.W.

When he was shot down, McCain was on his 23rd mission: A bombing run over Hanoi. “A Russian missile the size of a telephone pole came up — the sky was full of them — and blew the right wing off my Skyhawk dive bomber,” he recalled in U.S. News World Report.

With his jet traveling at roughly 575 mph, he was able to eject. But when he landed in enemy territory, he had broken his left arm, his right arm in three places, and his right leg near the knee. He was captured soon after, and taken to the infamous Hỏa Lò Prison, better known by its prisoners as the “Hanoi Hilton.”

In his Quora post and in his book “Faith of my Fathers,” he recounted his poor treatment and very limited contact with the outside world. But there were two big things McCain learned:

“I learned I wasn’t as strong as I thought I was, but I was strong enough,” he wrote. “And I learned there were things I couldn’t do on my own, but that nothing is as liberating as fighting for a cause that’s bigger than yourself.”