‘The Fighting McCooks’ were the Civil War’s largest military family 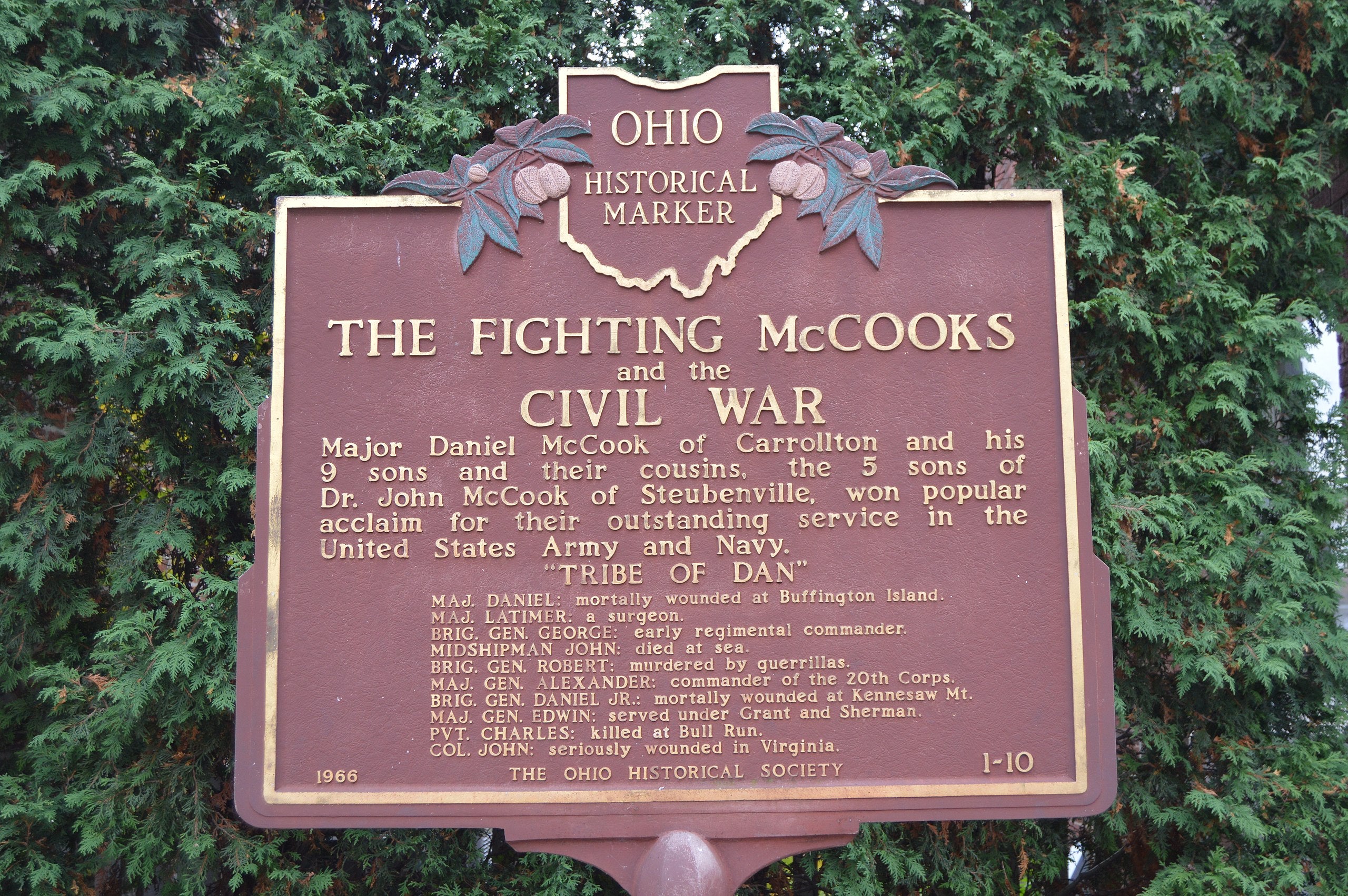 Few states were as pivotal to the Union victory in the Civil War as the state of Ohio. Ohio lent 320,000 soldiers to the cause, among them Generals Ulysses S. Grant, William Tecumseh Sherman and Philip Sheridan. After the big names, one Ohio family famously lent more of its flesh and blood than any other family in the Union. Known as “The Fighting McCooks,” Daniel and John McCook were the sons of George McCook, a Pennsylvanian and veteran of the Whiskey Rebellion who immigrated from Ireland. As young adults, Daniel moved his family to Carrollton. John raised his sons in Steubenville.

As older men, the two would join the Union cause – along with 13 of their sons and numerous other family members.

The elder brother, Daniel McCook, was already 62 years old when South Carolina Confederates began shelling Fort Sumter. Advanced in age, he volunteered to be a Union paymaster. His brother James, a physician, was also in his 60s. He volunteered his services as a doctor with the Union.

George, another McCook brother and surgeon, also joined the Union army along with his son, George. The father and son surgical team donated their time to the cause, working for free. But it was the other two brothers and their “tribes” who would earn the McCook family their belligerent nickname.

Daniel McCook was killed during Morgan’s Raid, the largest battle to take place in Ohio. Nine of his sons joined the U.S. military, most becoming officers and many did not survive either. Three from the “Tribe of Dan” (as they came to be called), died in combat.

John and his five sons were known as the “Tribe of John” – and all of them survived the war.

The Tribe of Dan

The oldest son of Dan McCook, Latimer, joined as an infantry officer and fought in General Sherman’s March to the Sea. Though wounded on two separate occasions, he survived the war. George Wythe McCook was already a former Attorney General for the State of Ohio and a veteran of the Mexican War. He led the 157th Ohio infantry and after the war, he ran for governor (he lost).

One of the middle children, Robert Latimer, raised his own regiment of infantry, trained them, and then led them into combat. He was soon transferred to the Army of Ohio. He would later lead troops in an attack against Confederates in Alabama, where he died from a gunshot wound.

Alexander McCook spent his entire adult career in the U.S. Army. A graduate of West Point, he was a veteran of the Indian Wars and the Mexican War when the Civil War started. He fought at the First Battle of Bull Run, Nashville, Shiloh, and Chickamauga. He stayed in the Army long after the war ended.

Daniel McCook, Jr. also became a Union general. A former law partner of William T. Sherman’s, he would end his career as a brigade commander under Sherman. It was Sherman who appointed him to lead a frontal attack on Confederate positions on Kennesaw Mountain. Daniel died in the assault.

Edwin Stanton McCook was a graduate of the U.S. Naval Academy who also raised his own infantry regiment. He joined Sherman’s March along with his other brothers and fought a Vicksburg, Chattanooga, and Atlanta. The youngest McCook was John James, who started his adult life as 1st Lt. McCook, fighting at Chattanooga and Chickamauga, among other places. Both of these brothers died after the war.

Charles Morris McCook was the only brother to enlist as a private in the Union Army. He died at age 18 at First Bull Run. It was his first engagement of the war.

The Tribe of John

Though the patriarch of the tribe died shortly after the war’s end, all of John’s tribe lived at least 20 years after Lee’s surrender at Appomattox Court House. His eldest son Edward joined a regiment of cavalry in Indiana and led them throughout the war, moving south and gaining rank, going from lieutenant to brigadier general in three years. It was Edward McCook that read the Emancipation Proclamation in Tallahassee, securing the Florida capital for the Union.

Just after becoming a lawyer, Anson McCook joined the Union Army. – twice. He fought under Sherman in Atlanta and was discharged after his term of service ended. He was later called to serve under Philip Sheridan in the Shenandoah Valley, a call he answered.

The only McCook who fought the Civil War in the Navy, Roderick McCook was out capturing slave ships before the war started. During the war, he harassed Confederate shipping and naval forces in South Carolina and Virginia, most notably aboard a newly-mined Union ironclad warship.