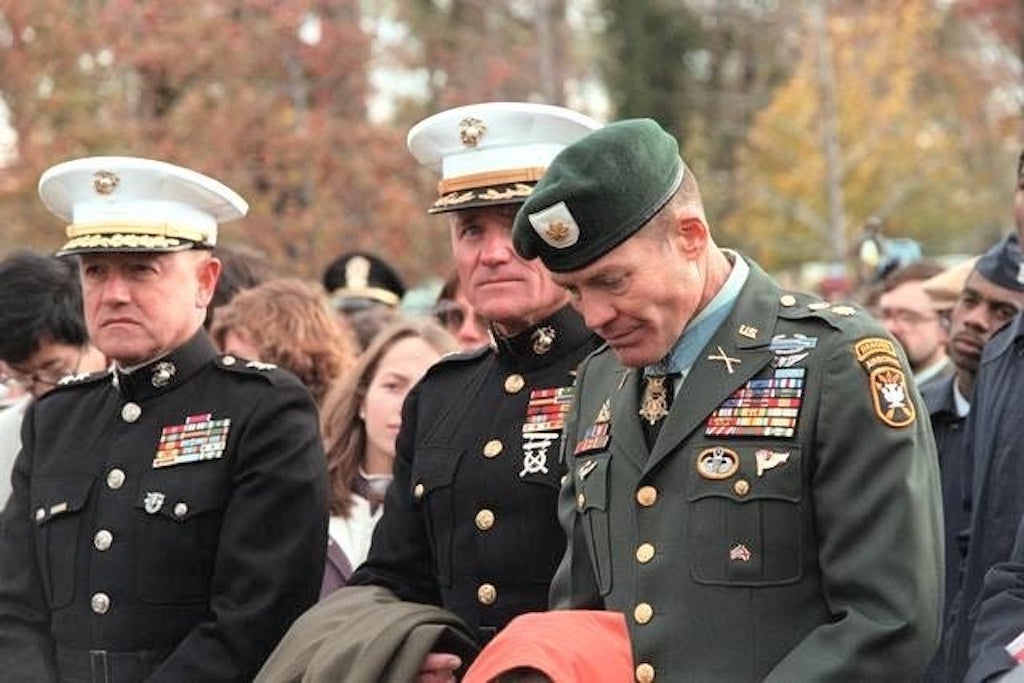 Green Beret Robert Howard may have spent more time in Vietnam than any other soldier and he has the wounds to prove it. For an astonishing 54 full months, the Special Forces soldier slugged it out with any number of North Vietnam’s finest, receiving 14 wounds.

He also received a battlefield commission, eight Purple Hearts, the Distinguished Service Cross, the Silver Star and four Bronze Stars. To top it all off, he also received the Medal of Honor. Robert Howard was the most decorated soldier since Audie Murphy in World War II.

The Green Beret should have topped Murphy by becoming the first-ever three-time Medal of Honor recipient, but it could never have been. Some say he really is the most decorated soldier ever produced by the Army. The problem is that most of Howard’s war was classified.

Howard spent 36 years in the United States Army, first enlisting in 1956. He arrived in Vietnam in 1967, and his first 13 months were a doozy. It was this initial time period that Howard was nominated for the Medal of Honor three times.

It’s easy to realize why he was put in a position to earn the Medal of Honor three times. As a Green Beret, he was assigned to the top secret Military Assistance Command, Vietnam – Studies and Observations Group (MACV-SOG). The classified command participated in the war’s most important and prominent operations.

It also participated in the war’s least prominent operations, especially those conducted in Laos and Cambodia. The top secret operations that put Howard in the position of being nominated for three Medals of Honor would be the reason two of them were downgraded to a Silver Star and the Distinguished Service Cross, respectively.

While leading a mission of American and South Vietnamese soldiers looking for the missing soldier Robert Scherdin, his platoon was attacked by two companies of enemy troops. Howard was unable to walk and his weapon had been destroyed by a grenade. He still managed to crawl through a hail of gunfire to rescue his platoon leader.

He dragged the downed officer back to the American-South Vietnamese unit and reorganized it to put up a stiff defense against an overwhelming enemy. Unable to fight, he still directed the unit and crawled around administering first aid to the wounded. Under his direct leadership, they were able to fight until rescue helicopters could land.

Howard was the last person to get aboard the helicopters and was awarded the Medal of Honor. He learned about his award via radio on his way back from another mission in Cambodia. Since his other two medal recommendations were based on classified missions into Cambodia, which is the reason many believe they were downgraded.

If it bothered Howard that his two other medal recommendations were downgraded, you’d never know it. He spent four and a half years fighting in Vietnam and 36 total years in the U.S. Army in some form. After retiring from the Army in 1992 (as Col. Robert L. Howard), he continued working with veterans and would even visit American troops stationed in Iraq until his death in 2009.