What you don’t know about Project Pigeon 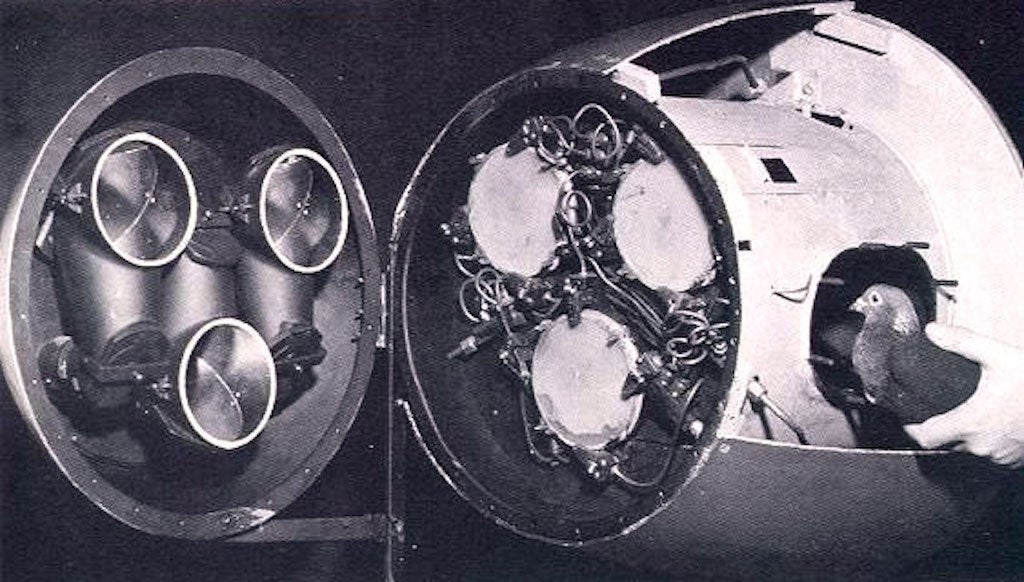 You see a flock of pigeons roosting on a tree branch. You think, “Oh, no! I’m not going anywhere near those annoying poop troops. I just had this jacket dry-cleaned.” However, it may surprise you to learn that those feathery pests almost became an essential part of American military history during Project Pigeon. Let’s go back in time to the year 1943. America and our allies are fiercely battling Germany for the fate of the world.

Here are several fact you didn’t know about Project Pigeon

America’s factories are in full swing

America was building bombs like nobody’s business. Here a bomb! There’s a bomb! Everywhere a big bomb! The trouble was that we didn’t want our missiles hitting the wrong targets. The aim was to destroy all of Hitler’s military gadgets, not German preschools and playgrounds. We aren’t animals, after all.

Uncle Sam searched high and low for the answer. Finally, inventor P.F. Skinner stepped to the plate, offering the U.S. an unusual solution. Skinner wanted to use pigeons to drop missiles. Yes, you read that correctly—pigeons. Are they rats with wings or bonafide birds? Who’s to say?

Skinner liked the birds because of their good eyesight and navigation skills. He also noticed that pigeons remained calm in stressful situations. Of course, this means Skinner was sitting around watching pigeons for his own amusement. That made him one an odd duck. Pardon the bird puns. They’re just too easy to make.

Skinner was the man with the plan when it came to ballistic pigeon technology. He built a big cone and attached three screens to it. Each of the screens would show the pigeons an image of a target. He gathered three street pigeons and taught them to recognize specific targets on the screens. The pigeons would all peck together, and that pecking would steer the missile until it was pointed at its mark.

Pigeons save the day

It sounds ridiculous, but Skinner’s pigeons succeeded during trials. Despite the pigeons’ unexpected skill at air-raiding, the military higher-ups still weren’t convinced that using them was our best option. They scrapped the project in the end, leaving Skinner and his birds to fly the coup. That’s the last pigeon joke, promise.

The truth is that birds have been helping service members for years. Here’s the time a carrier pigeon saved a battalion in WWI.

After the military said pooh pooh to his pigeon project, Skinner didn’t stop inventing. He went on to invent machines that taught arithmetic to students. That was an idea the world could wrap its head around.

Speaking of animals, did you know that a stray dog in London helped lead the way for training search and rescue dogs?