Purple Heart facts that may be surprising - We Are The Mighty 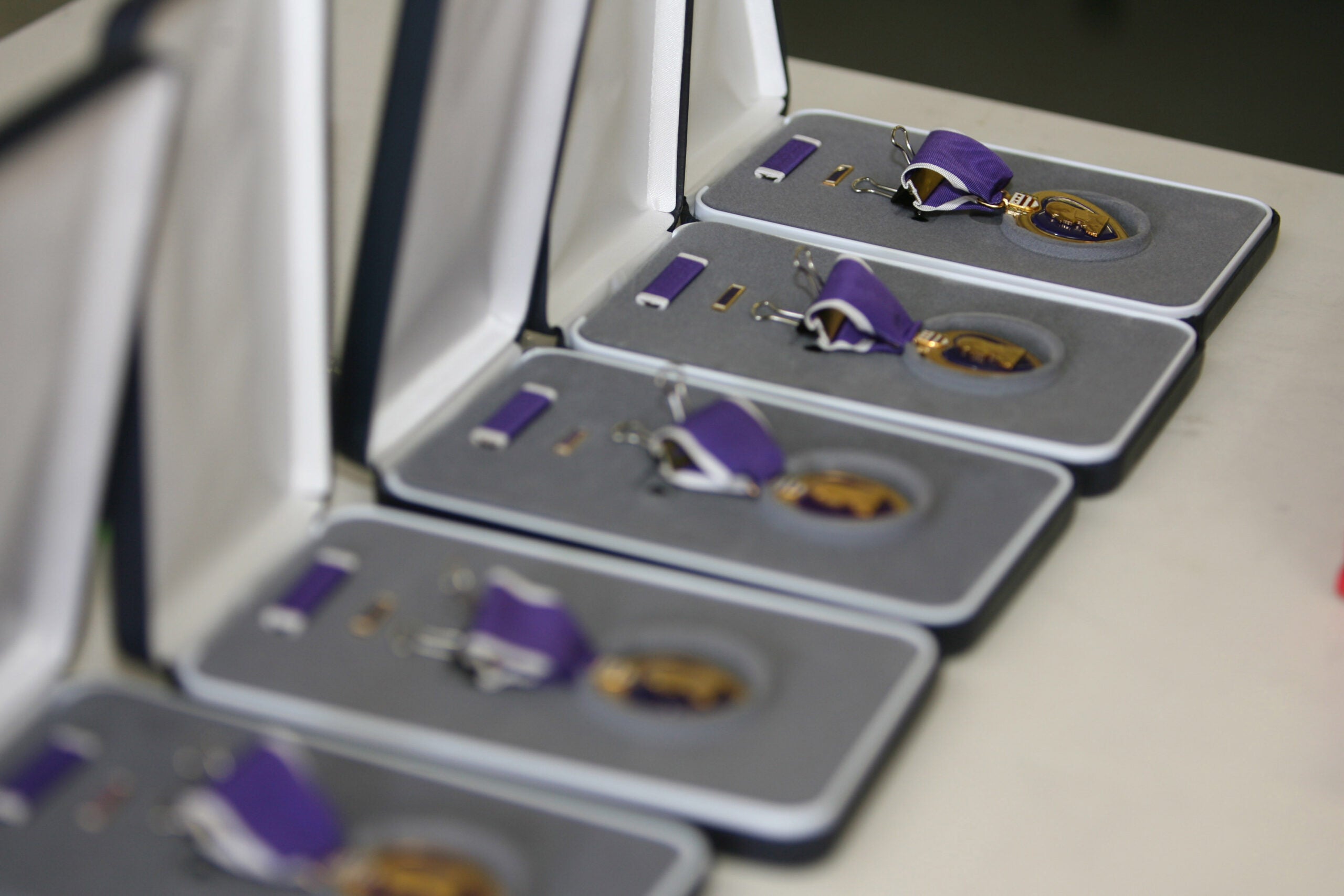 The Purple Heart is one of the most distinguished awards the U.S. military can bestow on its men and women in uniform. Unlike any of its other medals, receiving the Purple Heart means being wounded or killed while fighting the enemy.

Between the Revolutionary War and the Civil War, a time span of almost a century, the United States did not award medals to its troops. The first medals ever awarded were a one-time award from the Commander-in-Chief himself, George Washington, to three of his common soldiers, an uncommon offering at the time.

Washington intended that other officers could bestow the Badge of Military Merit, but it was never awarded again. It was based on this award that Congress authorized the Purple Heart in the years between World War I and World War II. Since then 1.8 million Purple Heart medals have been awarded to American service members… and some others.

There are many veterans who received more than one Purple Heart during their service, but only three carry the distinction of reaching double digits. During World War I, Charles Barger was not only presented with the Medal of Honor while in France, he also received 10 Purple Hearts.

The feat was achieved again during World War II and Korea by William White. He was a longtime veteran of the Marine Corps who had 11 years of service before the war started, and would earn nine of his Purple Hearts in Europe and another during the Korean War. Curry Haynes earned his 10 medals between 1967 and 1968 during the Vietnam War.

2. Only one president received the award

President John F. Kennedy famously served aboard a Navy PT boat in the Pacific Theater of World War II. While on one of his patrol boat missions, his vessel was sunk, injuring Kennedy’s back more than it was previously and he received the Purple Heart for his wound. Kennedy also helped save the survivors of his crew in the aftermath.

To be fair, if the Purple Heart had been awarded for all of America’s history, President Rutherford B. Hayes would have three of them for his wounds suffered during the Civil War. Andrew Jackson might have one, depending on his status as a soldier, when a British military officer cut his face with a saber.

3. Two dogs and a horse have the Purple Heart

It wasn’t until 2019 that the United States proposed a medal specifically for animal gallantry. The United Kingdom has been awarding the Dickin Medal to animals who display “c​​onspicuous gallantry or devotion to duty while serving in military conflict.” The U.S. Animals in War & Peace Medal of Bravery is intended to be the American version of that medal. Long before those medals were introduced, the U.S. awarded Purple Hearts to our animal friends for their wounds in combat.

A dog named Sgt. Stubby fought in 17 World War I battles on the Western Front in Europe and is known as the most decorated dog of all time. The Army dog Chips fought in World War II in North Africa, Sicily, Italy, France, and Germany. Sgt. Reckless, a horse serving in the Korean War, earned two Purple Hearts there.