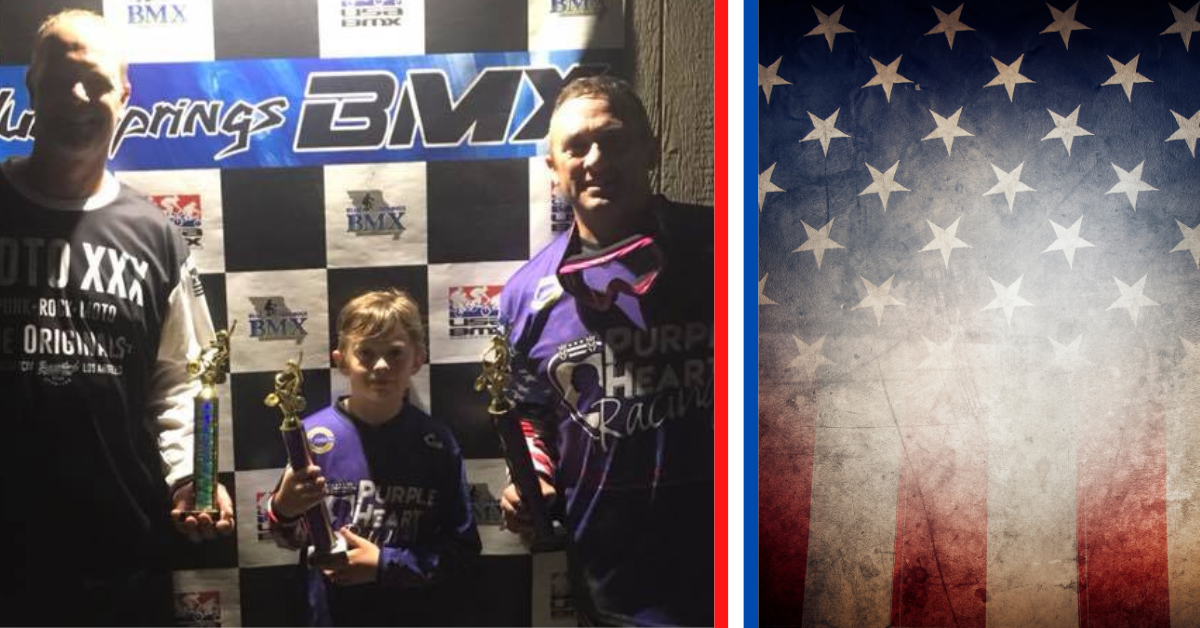 For the veterans looking for healing outside of adaptive sports, this retired combat-wounded airman has you.

Purple Heart Racing is for the veteran who hasn’t found the “thing” that gives them their mojo back out of uniform. But before Troy Green found his own healing in founding the soon-to-be nonprofit organization, there was a whole lot of hurt to make it through first.

“I’d always wanted to be in the military. In my family the men were multigenerational as far as serving goes,” he explained. “I did a few years on active duty with the Air Force, eight in the reserves and then the rest of my time in the guard.”

In 2022, Green was medically retired from the Missouri Air National Guard from injuries sustained during his 2012 Afghanistan deployment. After the attack on his base, he was left with visible wounds, PTSD and a severe untreated traumatic brain injury. Once he returned home, he didn’t slow down, diving right into work as a police officer.

“Two years later I was up in my room and it wasn’t a good day. I don’t know if you’d call it suicide ideation or a situation but it was there. Then I heard my daughter yelling from downstairs that she wanted pancakes for  breakfast,” he shared. “I always tell people, pancakes and BMX saved my life.”

A year later, he was walking across the state of Missouri to raise money for a veterans home.

Around Veteran’s Day in 2017, Green found himself struggling with those same dark thoughts. While scrolling Facebook, he came across an ad for Blue Springs BMX Veterans Day Race. “I raced as a kid during the 80’s. I thought it sounded really cool and my wife was all for anything that helped me and got me off the couch,” he laughed.

Getting to the race and staying through nerves was a battle. Though the race operator was more than welcoming, Green said he could feel the anxiety flooding his body. One of the coaches saw what was happening and immediately knew why. “He pointed out that I drove an hour, I might as well watch one race. Then he encouraged me to just do some practice laps for the hell of it. That was it – I was hooked,” Green said.

He came in third and received a small trophy for his efforts. “You would have thought I was an Olympic athlete,” Green laughed. “To me it was this giant award. I got home and the wife said ‘Oh, that’s cute’. I’m like, ‘What do you mean it’s cute, it’s awesome’. After that I broke down and bought a bike.”

Though the 2017 season had ended due to the winter weather, he and his son were excited and ready for the next season. “We got picked up by a local team that year and did pretty well. After a while I started to wonder if there were other veterans out there like me. In the fall of 2018 I started Purple Heart Racing,” Green said. “At first it was just me, my son and a local school teacher. I knew there were other veterans out there who’d be attracted to unconventional sports like I was.”

Surprisingly, Green found himself going full circle. Since 2020 he’s been providing security for his old squadron after hanging up his patrol officer uniform.

These days Purple Heart Racing boasts 56 athletes, chapters all over the country and recently began the process of converting into a nonprofit organization. The goal is to sign more athletes and offer scholarships.

His goal was to reach those veterans contemplating the same things he was in his own dark bedroom. “I’m just hoping we can make a difference in someone’s life and get them off the couch or out of that bottle,” he said. “I’ve got good people standing beside me, not behind me, but with me and we’re gonna make it happen.”