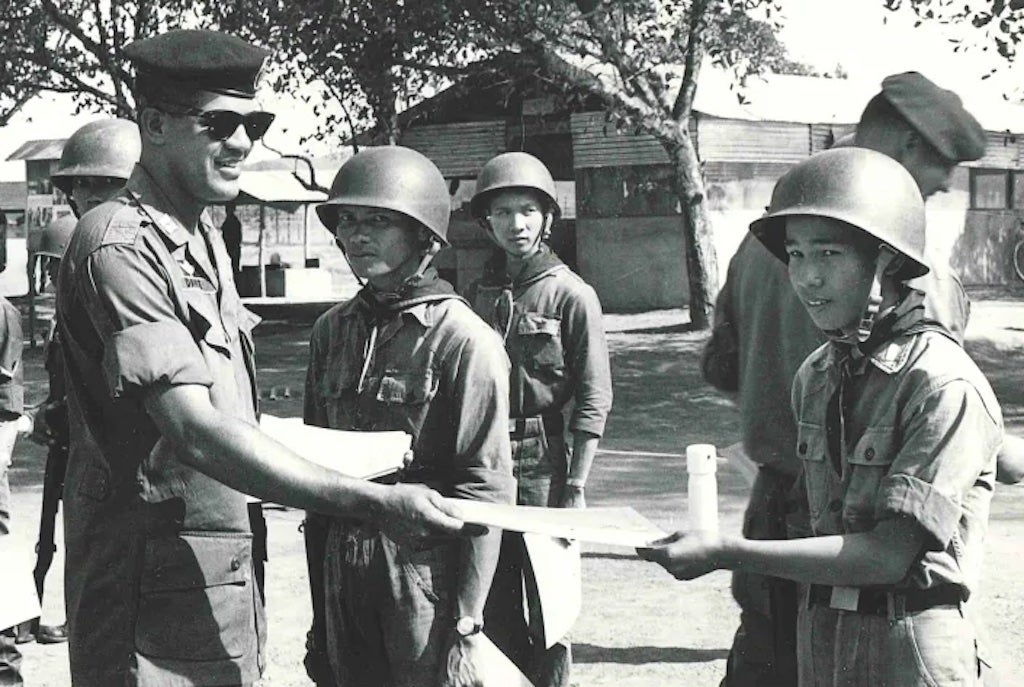 Paris Davis has been nominated to receive the Medal of Honor, the United States’ highest award for battlefield valor, twice for the same action since 1965. Each time, the award nomination process never progressed, having been lost both times.

The third time’s a charm. For the first time since Davis disobeyed a direct order to save the lives of his fellow soldiers during a 1965 firefight, the award has been approved by Gen. Mark Milley, chairman of the Joint Chiefs of Staff. If approved by the Secretary of Defense and the President of the United States, Col. (ret.) Paris Davis will receive his due reward.

On June 18, 1965, Davis was a Special Forces captain in Vietnam, part of a raid on an enemy camp. Nothing in the pre-dawn attack went according to plan. A grenade tore out some of his teeth and blew off part of his trigger finger. The other Americans in his team were felled by enemy fire, one-by-one. He was the only American left in action, firing his rifle with his pinkie. His only help on the ground was 90 or so South Vietnamese troops.

His colonel, from a helicopter above the firefight, ordered his retreat. Davis refused, believing the men on his team were alive and could be rescued. Despite his wounds, he crossed the open ground under heavy fire and retrieved them while fighting off waves of enemy soldiers. He fought for ten hours – and all his men went home alive that day.

“We were stacking bodies the way you do canned goods at a grocery store,” Davis said in a 1969 television interview.

His superiors in Vietnam immediately submitted his action for a Medal of Honor. The nomination, however, was lost just as quickly as it was submitted. His commander, frustrated with the Army, resubmitted the nomination. It disappeared again.

Davis was an officer at a time when race relations in the United States were reaching a boiling point. His valor on the battlefield was never in question by anyone who saw what he did there that day. Davis, now a colonel who retired in 1985, believes it was his race that kept him from receiving the Medal of Honor. The other members of his Special Forces A-team agree.

“What other assumption can you make?” Ron Deis, 77, who was the youngest soldier on the team in 1965, told the New York Times. “We all knew he deserved it then. He sure as hell deserves it now.”

In January 2022, Davis’ case for the Medal of Honor got new life when then-Acting Secretary of Defense Christopher C. Miller ordered the Army to expedite a review of his nomination. In early November 2022, Gen. Mark Milley approved the nomination and sent it to the desk of current Defense Secretary Lloyd Austin.

There’s no word on how long the process of getting the review from the Defense Secretary to the President’s desk might take, but Paris Davis is now 83 years old. Other Black veterans have had to wait years or decades for the approval of a Medal of Honor.

Alwyn Cashe, the first Black man since the Vietnam War to receive the medal, died while rescuing his fellow soldiers from a burning Bradley Armored Fighting Vehicle near Samarra, Iraq in 2005. He didn’t receive the Medal of Honor until 2021. President Bill Clinton upgraded the medals of seven Black veterans of World War II in 1997. By then, only one was still alive to receive it.