Why German veterans of Stalingrad broke their infantry assault badges

Why German veterans of Stalingrad broke their infantry assault badges 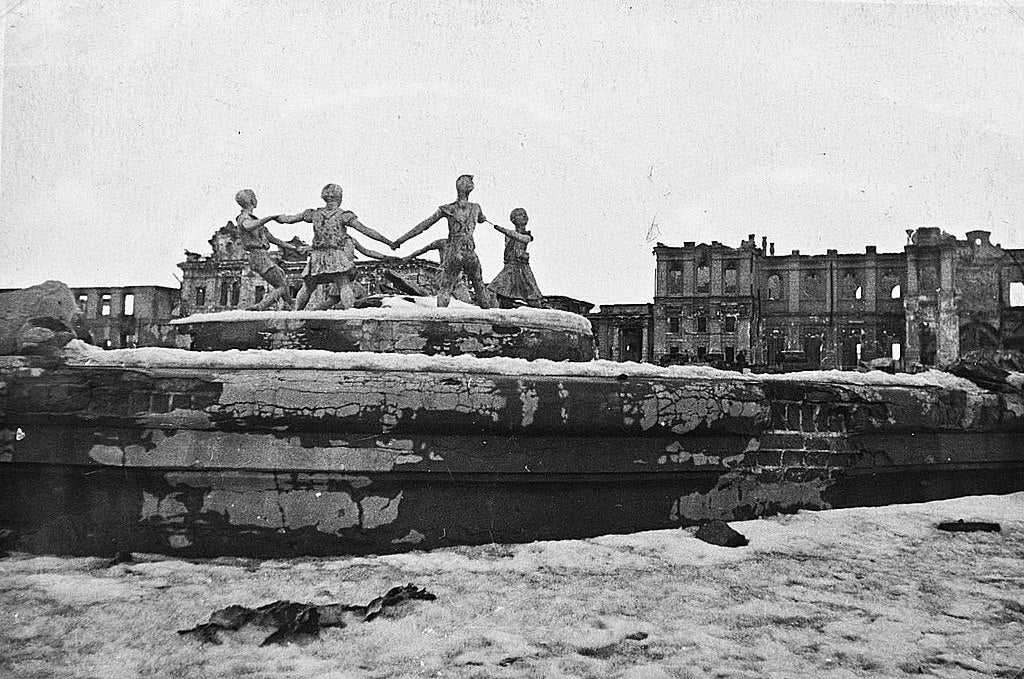 The centre of Stalingrad after the battle.

There are very few battles in the history of warfare that have the enduring legacy of the Battle of Stalingrad. When the German Army reached Stalingrad, it had failed to cause the collapse of the Soviet Union, but it controlled most of Europe, much of that former Soviet territory, and captured hundreds of thousands of Soviet prisoners.

Nazi Germany was advancing on all fronts all over the world, from Tobruk in North Africa in the south, the waters of the Atlantic to the west, and nearly to Moscow in the east. The Germans held a stable front line longer than anywhere else on earth in any war, ever before and they hadn’t even engaged more than half of their capability on the Eastern Front.

Hitler was determined to destroy the Red Army, and was certain he would do it at the city that was the namesake of his communist opponent: Stalingrad. Instead of the Germans breaking the backs of the Russian army, the opposite would happen in just five months.

Capturing Stalingrad was a vanity project for Hitler, but it wasn’t just for propaganda purposes. The Germans would have been able to advance on a stable front, then move to capture the Azerbaijani Soviet Republic and the rich oil fields there, securing another valuable resource. It also would have devastated the Soviets and led to ruin for the Red Army. The USSR ordered everyone in the city to prepare and fight for its defense.

The resulting battle pitted hundreds of thousands of German soldiers and their Axis Pact allies from Hungary, Romania, and Italy against more than a million Red Army troops. Millions of people fought in the streets of Stalingrad. Most of them would be killed or wounded there.

Among the German Wehrmacht troops who fought at Stalingrad was Oberleutnant Friedrich Konrad Winkler. He had already been in the Wehrmacht for 12 years before the start of World War II. At Atalingrad, he was a company commander at the Barrikady Gun Factory in the northern part of the city.

His regiment was destroyed at Stalingrad and Winkler was captured when Field Marshal Friedrich Paulus surrendered his forces in the area in 1943, after the battle was over. Winkler died in 1943, but not before a famous photograph of him was taken in the field. In the photo, the infantry assault badge on his uniform was broken. It wasn’t broken in the fighting. He purposely broke it.

The German veterans may have a point. The fighting on the streets of Stalin’s namesake city was markedly different than anywhere else in the war, especially up until that point. It was not only the deadliest battle of any battle during all of World War II, it came to epitomize urban combat with its close-quarters battle and house-by-house contests, and involved civilians as targets and combatant like no other battle in the war.

Ultimately, the German defeat at Stalingrad marked the turning point of the war in Europe like no other single battle. The German Army was never as effective or capable after the battle and could not mount an effective overall response to the onslaught of soviet troops and tanks that came after. It marked the beginning of a long, deadly retreat toward Berlin.