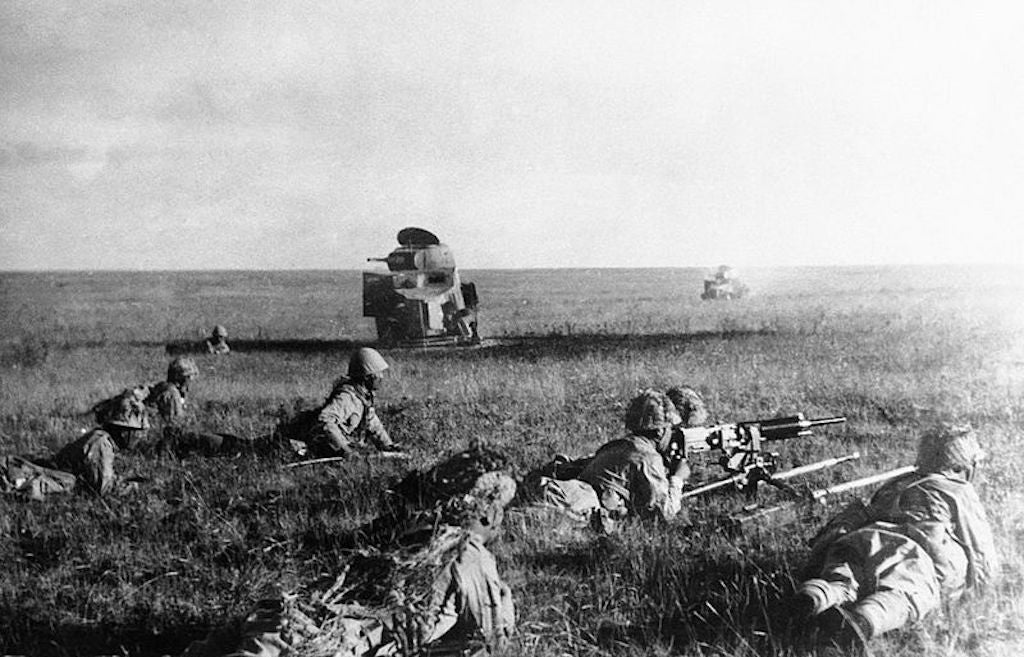 It might seem inconceivable to Americans today that Japan would attempt to attack the United States and other western powers in the Pacific. It would draw the Americans, a potential industrial and military powerhouse, into an already global conflict. At the time, however, Japan was an empire on the rise, and rising empires require resources to keep running.

The one resource Japan needed more than anything but couldn’t produce on its own was oil. In the Pacific Ocean region, there are only a few sources of crude oil, none of which Japan could readily capture. This either meant war with the West along with its Axis power allies, or opening a massive front against the Soviet Union.

When it came down to the wire and Japan needed fuel, Australia, Britain, the United States, and the Netherlands cut off trade with Japan. In the toss-up between which powers it would take oil from, they opted not to go to war with the Soviets. The reason was they tried it once before, and it ended badly.

Toward the end of 1941, Japan had already occupied much of Northern China and Korea for years, even setting up puppet governments to administer those areas. These territories shared a border with the Soviet Union. One border was a problem for both countries. The Mongolian SSR, a territory of the USSR and Manchukuo, a territory of the Japanese Empire, could not agree on the place where one country ended and the other began.

Like many border disputes, it led to a series of clashes between the troops guarding the border on both sides. From 1935 to 1941 each country would routinely violate the borders of the other. Eventually it led to an all-out battle in June 1939. At Khalkhin Gol, 30,000 Japanese troops attacked the Soviet forces in the region.

At this time, Nazi Germany had not yet invaded the USSR, and the Red Army had not yet made any plans or preparations for such an invasion. The Japanese were fighting some of the best troops the Red Army could field, and they were facing one of its best, but still unknown commanders, Georgy Zhukov.

When the Japanese came pouring across the border, they managed to cross the Khalkhin river and dislodge the Soviet defenders using a pincers movement. Zhukov saw the attack coming, and though he wasn’t prepared for the initial assault, he was ready for a counterattack. The Red Army responded with three columns of 450 tanks and armored vehicles.

They hit the Japanese invaders on three sides and almost encircled them entirely. Japanese forces only had one way across the river and were forced to retreat. In the two weeks that followed, the two sides fought along a two-mile front. Zhukov set up a constant supply line using trucks that brought in material from bases as far as 450 miles away. The Japanese had no supply lines.

Zhukov then sent a massive armored counterattack force at the Japanese, consisting of three divisions and two tank brigades, and the USSR’s first fighter-bomber offensvie against Japan’s one division. The Soviets caught the Japanese in a double envelopment and completely destroyed the invading force.

A ceasefire was soon called in Moscow and the two sides then agreed to sign the Soviet-Japanese Neutrality Pact in 1941, a move that would have disastrous consequences for Japan’s German allies later that same year.