The Anglo-Saxon noble and resistance fighter who inspired ‘Robin Hood’ 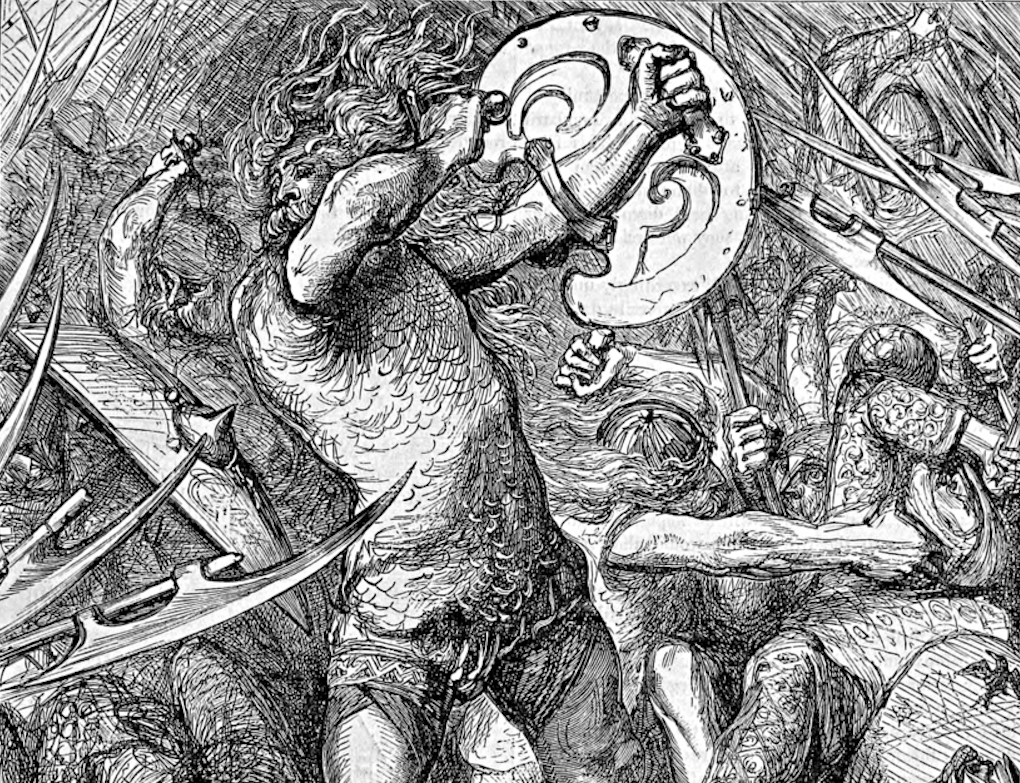 We’re all familiar with the legend of Robin Hood and his defiant attitude toward things like central authority and oppressive taxation. Although the existence of a single “Robin Hood” is disputed in English history, scholars are certain that the story’s inspiration does stem from some historical figures.

There’s one historical figure whose exploits are said to have inspired the tales of Robin Hood or influenced many of them. He’s a person whose exploits are so remarkable that some have trouble believing he did all the epic things he is credited for through folklore.

Hereward the Wake was an Anglo-Saxon noble who was born hundreds of years before the events surrounding “Robin Hood” supposedly took place. He wasn’t resisting an evil prince substituting for the good King Richard, he was fighting the Norman Conquest of England. Also unlike Robin Hood, scholars know Hereward existed.

As a young man, Hereward was a little hellraiser in the Fens, which today would be known as Cambridgeshire, Lincolnshire and Norfolk. By age 18, he was exiled by the King of England, Edward the Confessor, if that tells you just how much of a ruckus he would make as a teenager. Edward would not be the last King of England Hereward would annoy.

His exploits in exile, which largely took place in Scotland, Ireland, and Belgium would lead to numerous stories shared through oral tradition, eventually written down in places like the Book of Ely, Gesta Herewardi and the Anglo-Saxon Chronicle, just to name a few. During that exile, he was said to have fought bears, rescued princesses and laid siege to great castles.

No one knows if his exile is literally just the stuff of legend, but his return to England contains much more truth. He came home to find his family lands conquered by the Normans and his brother dead by their hands. In response, Hereward and a friend kill the Normans on his lands and were knighted for their efforts.

Norman noble William de Warenne vowed to kill Hereward, so Hereward fled back to continental Europe for a time. Somewhere along the way, the two men met and Hereward got the better of his deadly enemy with an accurate arrow to the chest. He then moved to the Isle of Ely in 1069, where he mounted a resistance movement against the Normans.

From his island hideout, Hereward began raiding Norman fortifications, outposts and other military targets. He recruited an army of Danes and Saxons to wreak havoc on Norman military operations. Eventually, his raiding caught the attention of William the Conqueror, who by that time was firmly in control of England.

The Normans knew that Hereward operated from the Isle of Eli, but all the attacks they made on his hideout had failed, including an attempt to cross with an army via a timber bridge. The bridge gave way under the heavy armor and equipment the Normans carried, sinking the army.

Next, the Norman forces tried to curse Hereward and his men using a witch perched atop a wooden tower, but Hereward managed to set the tower on fire, topple it, and kill the witch. Finally, the Normans bribed local monks to show them the causeway used by Hereward and his men. They caught our hero by surprise and ended his hideout.

Hereward managed to escape, and continued his resistance movement from the wilds of the Fens. The end of his life has two conflicting stories. The first is that Hereward fought on for so long, he was eventually pardoned by William the Conquerer. The second shows he was betrayed, captured and killed. Many scholars believe the rebel more simply just went into exile once more and was never heard from again.