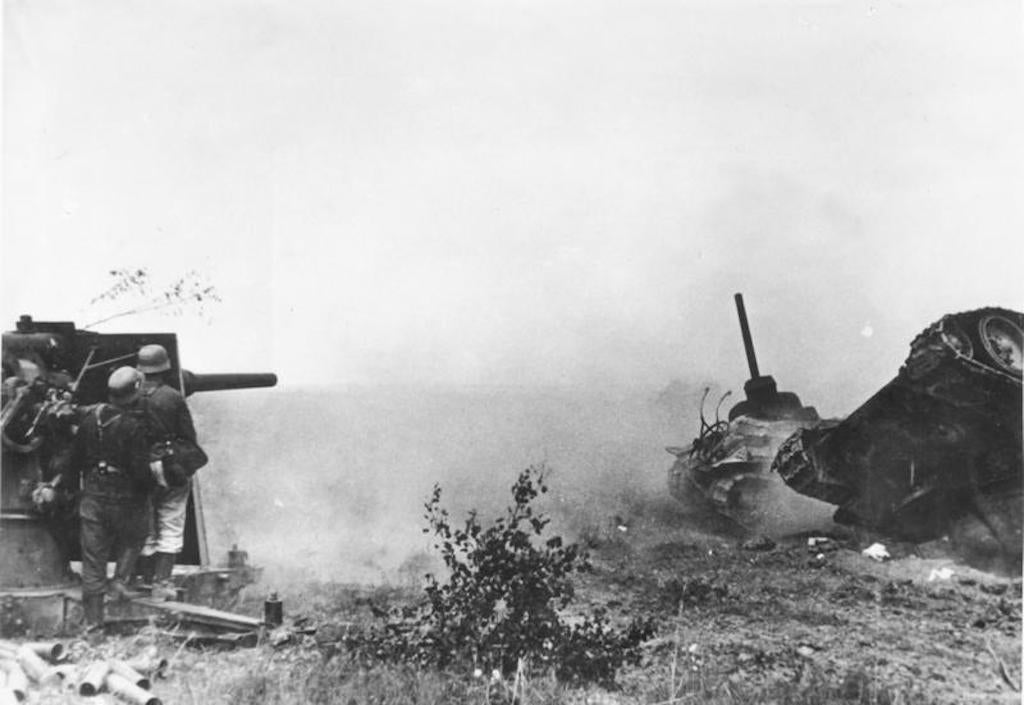 Allied aircraft making bombing runs ovr occupied Europe in World War II didn’t have to just worry about enemy fighters, the skies all around them were exploding, lit up in the night by Flugabwehrkanone, or German anti-aircraft defense cannons.

Either firing from ground-based positions, on rooftops, or on specially made Flak towers, the ​​Flugabwehrkanone were the first line of defense for many German cities during World War II. Before aircraft became too fast for well place artillery (and required the use of missiles to shoot down), these cannons were critical for a city’s aerial defense.

Cannons like the Flak 36 and 8.8-centimeter Flak 41 could fire up to 25 rounds per minute and was set to explode once it reached altitude. When the anti-aircraft rounds finally went off, the high explosives inside launched jagged metal fragments in a circle around the projectile, tearing through any aircraft that happened to be in its area.

The high explosives in the Flak rounds also left a telltale poof of black smoke hanging in the air, so seeing one of those deadly plumes let attacking Allied pilots know they were within range of the guns on the ground before they were able to make their bombing runs.

In order to avoid taking flak fire from the Germans on the ground, Allied bomber crews were forced to fly their planes at a higher altitude before lowering down to attack their targets. This made them a prime target for the enemy, who was particularly adept at shooting Allied bombers.

Flak is one the reasons that flying in a bomber aircraft was one of the most dangerous and deadliest jobs during World War II. The RAF Bomber Command estimated its death rate at 44%, with more than 8,300 wounded in action and another 9,800 captured at prisoners of war. In the U.S. Eighth Air Force in 1943, crews were expected to perform 25 combat missions. Most never made it past their fifth mission.

Like everything else subject to gravity, what went up had to have come down. What happened to the Flak that didn’t tear through aircraft like a hot knife through butter is the same as what happened to the down aircraft themselves: they came hurtling back down to Earth. While the burning wreck of Allied bombers probably caused a lot of damage on the ground, the Flak that didn’t hit a plane probably didn’t do much damage to those on the ground.

For starters, air raids reasonably caused alarm among the general population of a city or area, so it stands to reason that most noncombatants were huddled away in air raid shelters, safe from most gravity bombs and other debris falling from the aerial battle.

Furthermore, much of the shrapnel from the high explosive Flak rounds that wasn’t geared to explode were mostly lightweight bits of metal and other small fragments. Once they fell to Earth, they would be seen as little more than litter. Those who were hit by falling debris could expect a potentially life-altering injury at worst, and that’s one more reason why air raid wardens and other ground combat personnel were issued helmets to wear.