This is why Canada has a memorial to Nazi SS soldiers 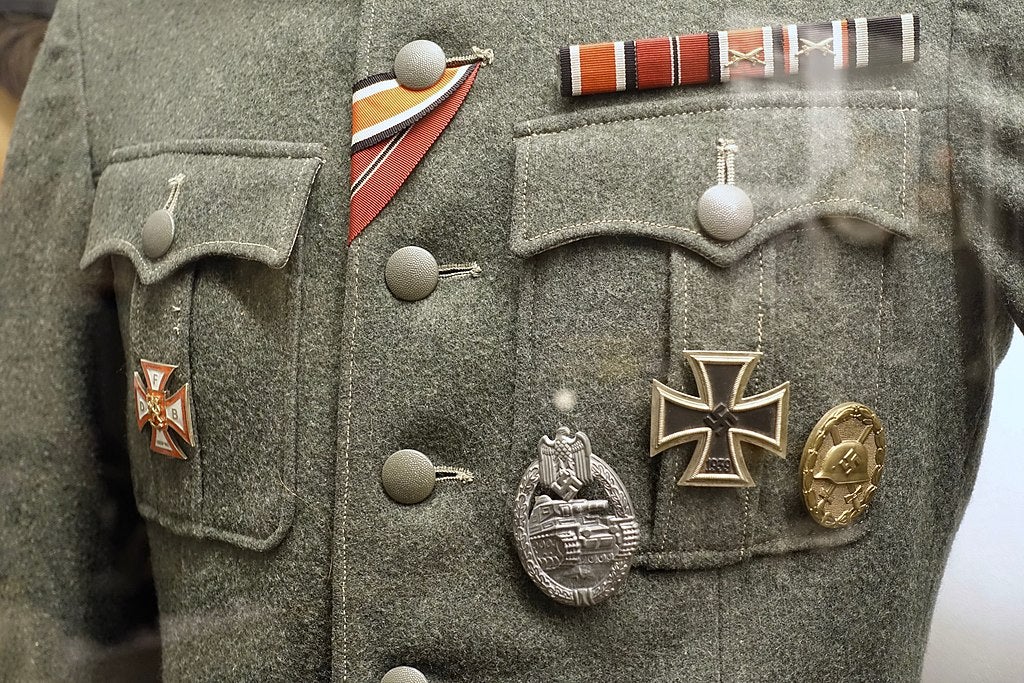 Nothing about America’s northern neighbor was ever sympathetic to the Nazis. Or any fascist regime. Canada declared war on Japan the same day as the attack on Pearl Harbor. The U.S. didn’t even declare war until the day after.

And yet, in a suburb of Toronto, on the shores of Lake Ontario, there sits a stone cenotaph inside St. Volodymyr Ukrainian Cemetery, commemorating the soldiers of the Nazi 14th Waffen Grenadier Division of the SS who died during World War II.

For those unfamiliar with the armed forces of Nazi Germany, the Schutzstaffel (SS for short) were the Nazi Party’s enforcement brigades. They were committed to policing the German population (and other populations, eventually), a secret police enforcing German law and Nazi racial purity laws. Some SS units were used in the notorious extermination camps across Europe.

The Waffen-SS were a series of armed combat units, dedicated to the Nazis, and not necessarily Germany. The ranks of the Waffen-SS weren’t only filled with Germans, however. After the launch of Operation Barbarossa, Waffen-SS units found volunteers and draftees from all over occupied Europe, mostly used to fight the Red Army on the Eastern Front. As many as a third of the Waffen-SS was made up of conscripts.

At the Nuremberg Trials, the Waffen-SS was found guilty of numerous war crimes, including crimes against humanity, the deportation of Jews, massacres at Oradour and Lidice, guarding and administration of concentration camps, killing of prisoners of war, among many others. So how the hell did a memorial to the 14th Waffen Grenadier Division of the SS end up in Toronto?

It’s no mistake. The memorial clearly contains the crest of the 14th Waffen-SS. It’s not even the only memorial to the SS in Canada. But the unit memorialized in St. Volodymyr Ukrainian Cemetery was made up of many Ukrainians who suffered under the famines that resulted from the Soviet Union’s agricultural policies. According to Canada’s Ottawa Citizen, many Ukrainian immigrants consider the Ukrainians who fought against the Soviets to be heroes. Canada lost an estimated 45,000 men fighting Nazi Germany in Europe.

Many Ukrainians also argue against the accusations the Ukrainian members of the SS participated in wartime atrocities at all. Those that did, they argue, were under the command of the Nazi Party, and weren’t acting as Ukrainians – except the unit received a visit from Henrich Himmler himself.

The memorial came under fire in 2020 after it was vandalized, the vandals calling the monument out for glorifying Nazi war criminals. The existence of the memorial came to the world’s attention after the Russian government tweeted about them.