Today in military history: American victory at Saratoga - We Are The Mighty 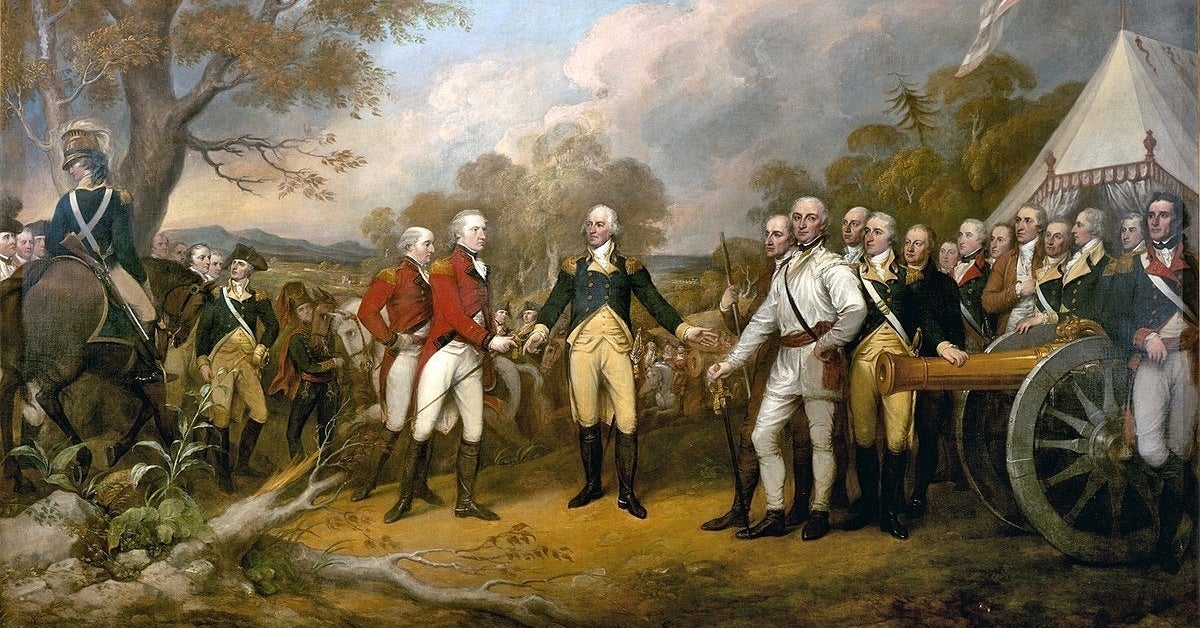 The scene of the surrender of the British General John Burgoyne at Saratoga, on October 17, 1777. (Wikipedia).

​​During the American Revolution, the nascent United States needed a large victory to prove to foreign countries that the rebellion was viable and that they should be recognized as a new nation. A great chance came in late 1777 when British forces coming down from Canada prepared for a massive attack against American General Horatio Gates and his men.

British commander Gen. John Burgoyne lacked the troops during the First Battle of Saratoga, which took place on Sep. 19. He attacked and was barely able to take the field by end of day, suffering twice as many casualties as he inflicted. On Oct. 7, they fought again and the Americans looked good in early fighting — but their attack began to falter. Right when it looked as though a reversal may occur, Brig Gen. Benedict Arnold charged in with a fresh brigade and saved the day.

Burgoyne managed to retreat the next day, but found his remaining force of 5,000 surrounded by 20,000 patriots. He had no choice but to agree to the first large-scale surrender of British forces in the Revolutionary War.

The American success at Saratoga helped sway the French King Louis XVI to recognize the independence of the United States and finally join the colonists’ cause. The ensuing French assistance would be critical to the Patriots’ victory over Great Britain in 1783.