Today in military history: Confederate victory at Chickamauga - We Are The Mighty 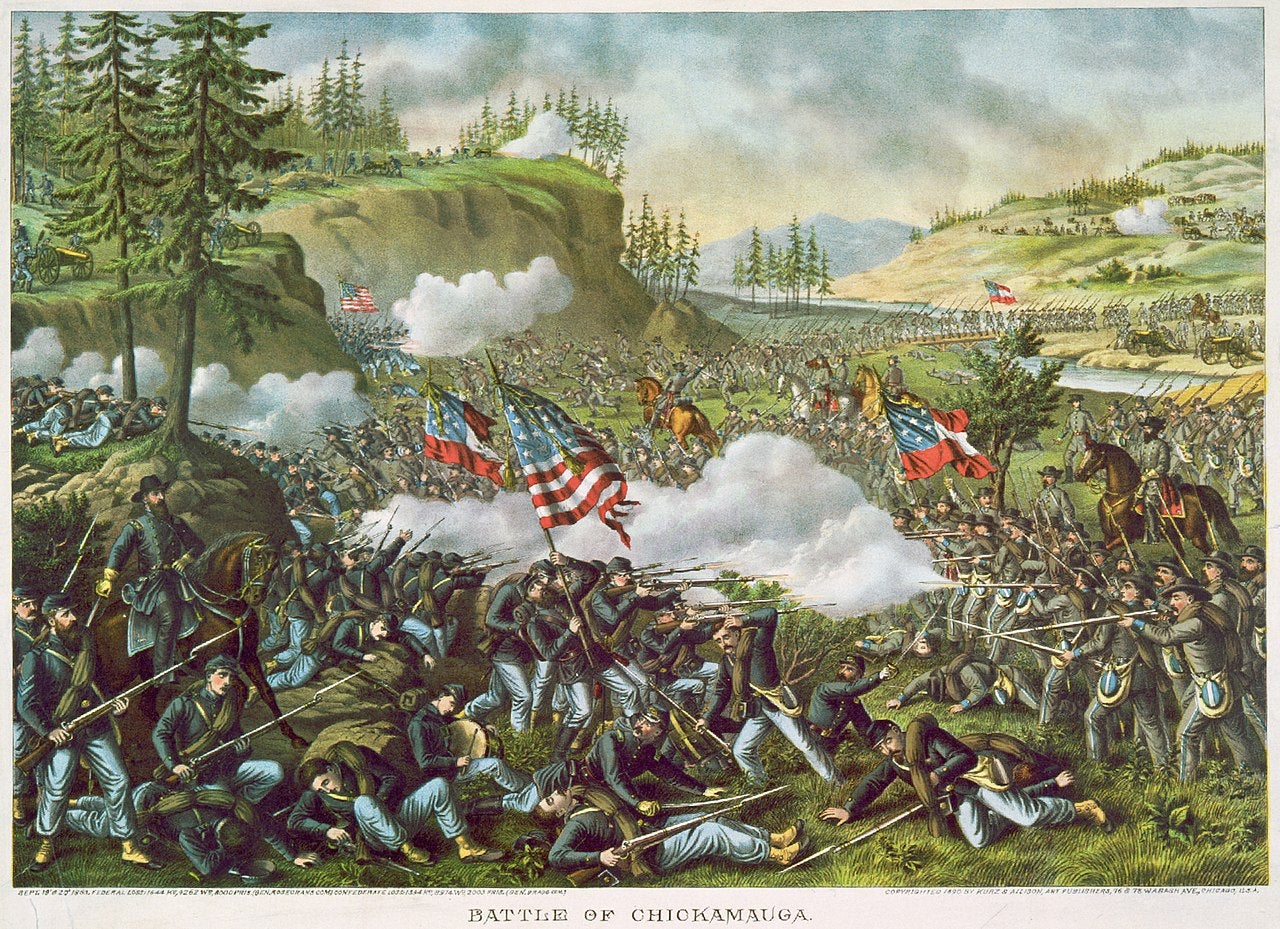 On Sep. 20, 1863, the Confederate Army of Tennessee defeated the Union Army at Chickamauga Creek — the “River of Death” according to the Cherokee.

The Union Army of the Cumberland, led by General William Rosecrans, fought the Confederate Army led by General Braxton Bragg out of Tennessee after capturing Chattanooga.

He pursued Bragg’s army into Northern Georgia trying to force a complete rout of Confederate troops in the West. Instead, he would tuck tail back to Chattanooga.

Bragg started with a misinformation effort, allowing Confederate “deserters” to feed Rosecrans the idea that Bragg’s Army was a retreating mess. On Sep. 19, a Union corps moved to take on what it thought was a brigade of stragglers – by the next day, that skirmish engaged the entirety of both armies.

Southern General James Longstreet arrived during the night of the 19th, with battle-hardened veterans straight from the fighting at Gettysburg.

A union military blunder caused a hole to open in the Union lines; Longstreet’s veterans marched straight through it and Rosecrans was forced to retreat back to Tennessee.

Bragg would later move to retake Chattanooga but Union reinforcements would keep the city in Northern hands for the rest of the Civil War.