Today in military history: Confederate invasion of Kentucky begins - We Are The Mighty 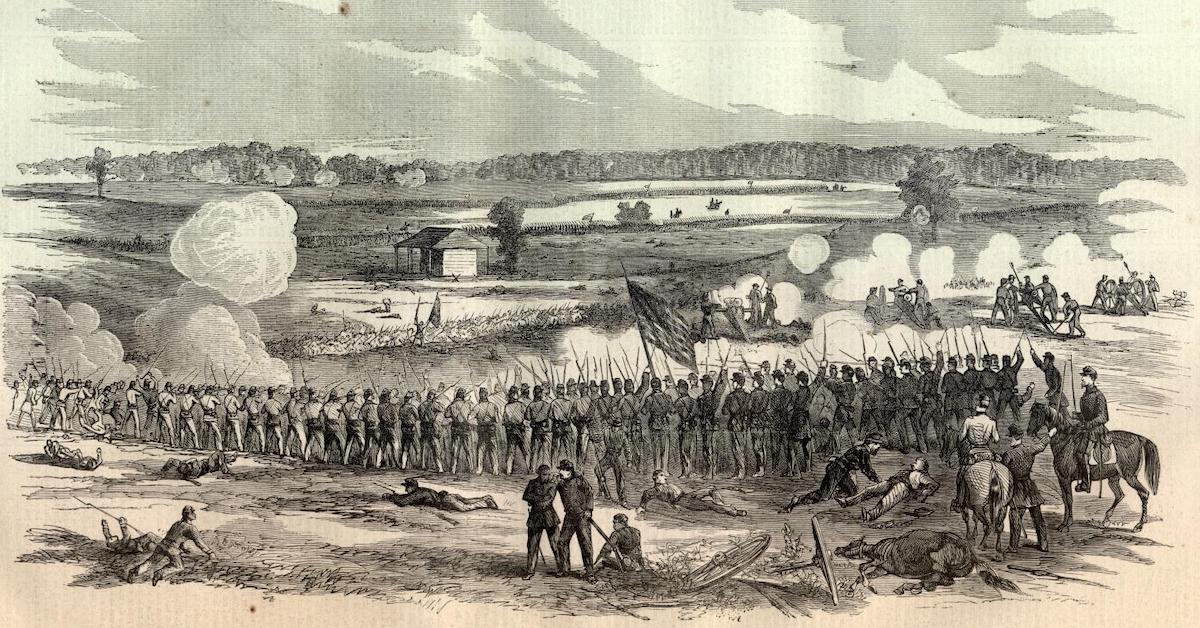 Wanting to draw the Union army away from Chattanooga, Tennessee, and hoping to win over Kentucky and the Midwest for the South, Confederate General Edmund Kirby Smith led ten thousand troops toward the Cumberland Gap and spent the month of August defeating Yankee forces throughout the state.

Smith was joined by General Braxton Bragg’s forces, and throughout the fall the Confederates would repeatedly engage with Union General Don Carlos Buell, who finally secured a Yankee victory in October, causing the Confederates to retreat back to Tennessee.

Often referred to as the Confederate Heartland Offensive, the Kentucky Campaign was a strategic failure overall. Though it would slow Union forces down, they would regain the lost ground within a year and Kentucky would remain in Union hands for the remainder of the war.

Featured Image: The Battle of Perryville as depicted in Harper’s Weekly. (Public Domain)