Today in military history: Rhode Island is first state to declare independence - We Are The Mighty 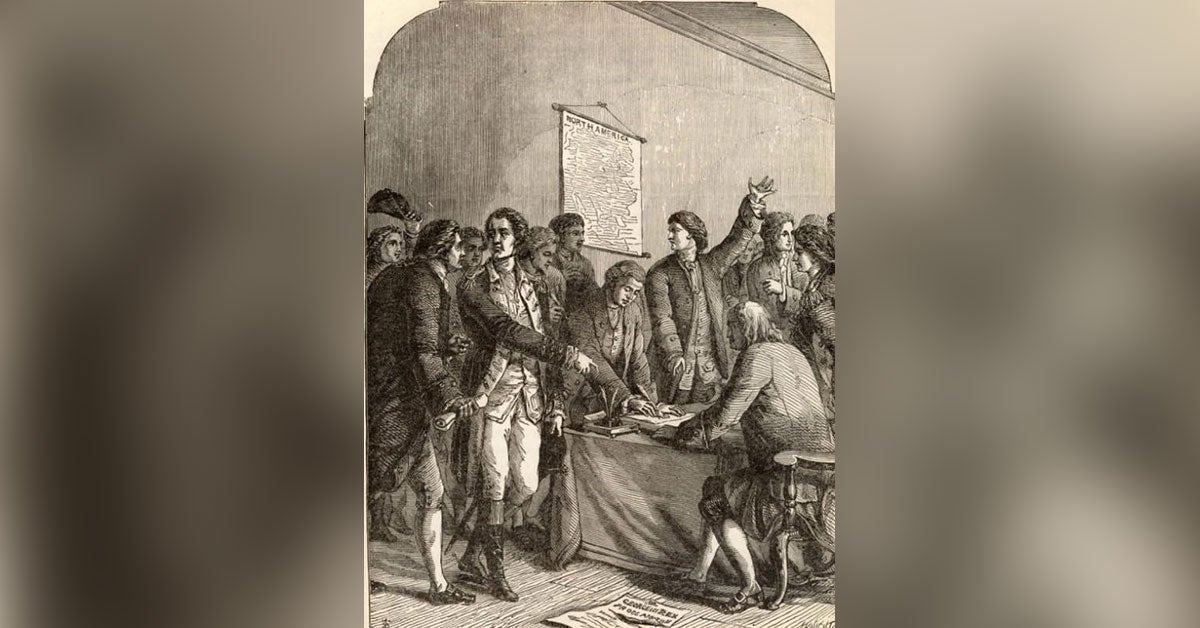 On May 4, 1776, Rhode Island became the first state to declare independence.

Even before the official declaration, Rhode Islanders had spent more than a decade attacking British ships. The colony depended on rum to trade to the West Indies for cash and when Parliament passed the Sugar Act of 1764 — a law that attempted to curb the smuggling of sugar and molasses in the colonies by reducing the previous tax rate and enforcing the collection of duties — angry Rhode Islanders attacked a British customs ship.

On May 4, 1776, a full two months before the other colonies got around to signing the famous Declaration of Independence, the General Assembly of the Colony of Rhode Island was near unanimous in its vote for independence from Great Britain.

Two days after the May 4 vote, Rhode Island’s governor sent a letter to General George Washington informing him of the result. When Rhode Island’s Stephen Hopkins signed the Declaration of Independence on July 4 of that year, he remarked, “My hand trembles, but my heart does not.”

While Delaware was technically the first state in the Union after it ratified the modern Constitution, Rhode Island remains the first to cast off the shackles of British tyranny.