Today in military history: Washington arrives at the banks of the Delaware - We Are The Mighty

Today in military history: Washington arrives at the banks of the Delaware 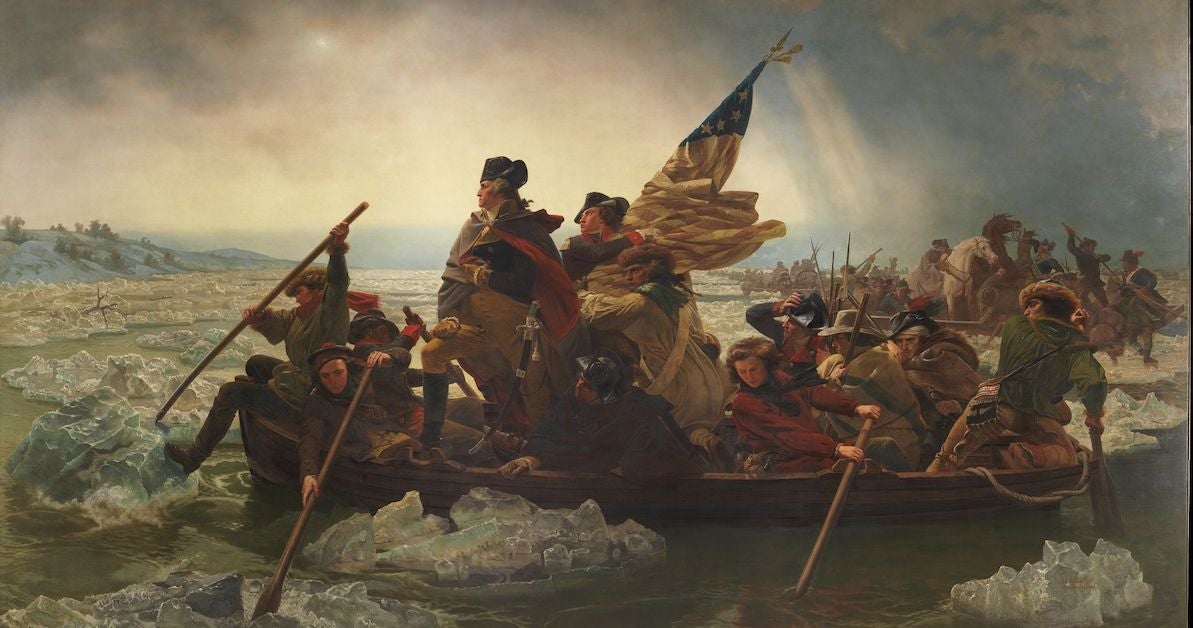 On Dec. 3, 1776, General George Washington arrived at the banks of the Delaware River.

By mid-November, Washington’s Continental Army had been pushed out of New York by British General William Howe, who then ordered forces under Charles Cornwallis to drive Washington across New Jersey. With attrition and morale low, Washington’s army was in bad shape by the time he reached the Delaware.

After transporting his forces across the river to Pennsylvania, Washington also made a decision that gave him a major tactical advantage: he confiscated or burned every boat along the river to prevent the British pursuit.

Content to end the campaign season and take up winter quarters, the British withdrew to prepare for the spring.

Washington, however, took the next three weeks to plan a bold attack. On the evening of December 25, he famously crossed the Delaware yet again, this time to launch a surprise attack against Hessian forces quartered in Trenton, New Jersey.

On the morning of December 26, Washington managed to overwhelm the unsuspecting Hessians and take the town. While he wouldn’t hold it for long, his victory nonetheless raised the spirits of the American revolutionaries and paved the way for Independence.