Today in military history: Eisenhower takes command of Allies - We Are The Mighty 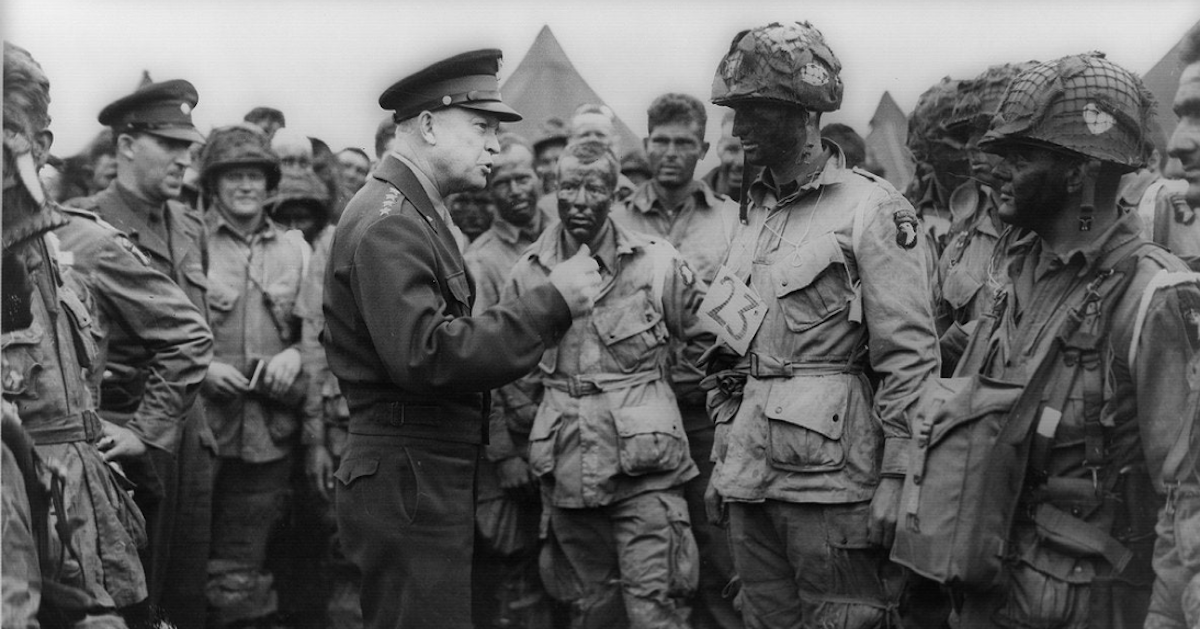 General Eisenhower was nearly withheld from commissioning into the Army when a knee injury ended his football career while playing for the United States Military Academy in 1912. It’s also easy to forget that Eisenhower was a relatively junior officer with no battlefield experience at the start of World War II.

He would go on to lead the allies to victory against the Nazi Third Reich.

During the war, Allied leaders appointed commanders to manage multinational forces for each theater of war. Eisenhower served in successive leadership positions throughout the European theater, Africa, and the Mediterranean area of operations.

He remained in command until the allies achieved victory in 1945 and would go on to serve as the President of the United States from 1953 until 1961.