12 of our favorite Army jokes online - We Are The Mighty

12 of our favorite Army jokes online 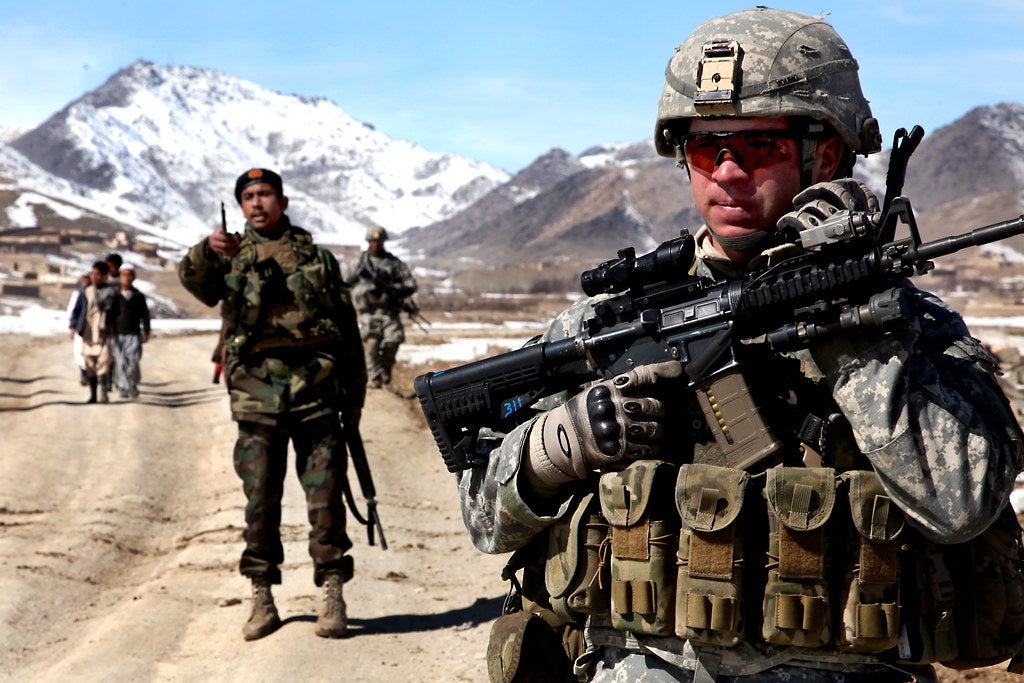 Who doesn’t love a good laugh at their employer’s expense? It’s all the stuff that you have to deal with, day in and day out. Only this time, it’s poking fun at the bear. It’s not you on the chopping block, it’s someone else. That means it’s time to let loose and relax — all while getting in a solid chuckle.  There’s no exception for Army jokes. In fact, we laugh that much harder, knowing there are so many solid jokes at the expense of Uncle Sam. Take a read and join us in chuckling over the expense of the institution that is the U.S. Army.

ARMY — a recruiter misled you

2. This low-blow at boots on the ground:

What do you call kids in the military?

What do you call a soldier who survived mustard gas and pepper spray?

4. When backtalk is still funny:

As a group of soldiers stood in formation at an Army Base, the Drill Sergeant said, “All right! All you idiots fall out.”

As the rest of the squad wandered away, one soldier remained at attention. The Drill Instructor walked over until he was eye-to-eye with him. The soldier smiled and said, “Sure were a lot of ’em, huh, sir?”

5. Past careers come to light:

Did you hear about the karate master who joined the military?

He saluted and nearly chopped off his own head.

A drill sergeant grumbles at his fresh young trainee, “I didn’t see you at camouflage training this morning, Private.”

“Thank you very much, Sir,” replies the soldier.

If God had meant for us to be in the Army, we would have been born with baggy green skin.

During training exercises, the Lieutenant who was driving down a muddy back road encountered another car stuck in the mud with a red-faced Colonel at the wheel.

“Your car stuck, sir?” asked the Lieutenant as he pulled alongside. “Nope,” replied the colonel, coming over and handing him the keys. “Yours is.”

9. A macabre play on words:

Overheard at the VFW, “When I was in the Army, I got both my arms shot off.”

“I shouldered on, anyway.”

Son: Dad, what was your favorite day as a soldier?

Dad: The first time I sent some private to find batteries for the chem lights.

11. A difference in opinions:

The company commander and the sergeant were in the field. As they go to bed for the night, the first sergeant said: “Sir, look up into the sky and tell me what you see?”

The commander said: “I see millions of stars.”

Sgt: “And what does that tell you, sir?”

Sgt: “Well sir, it tells me that somebody stole our tent.”

What do you get when you drop a piano on an Army officer?

These jokes poke fun at the largest military branch to date, we can all slap our knees at its expense. Whether you’ve served or just enjoy a quick chuckle, these jokes are bound to brighten your day.

Have some great Army jokes to share? Tell us below.