7 things to know about being a military veterinarian 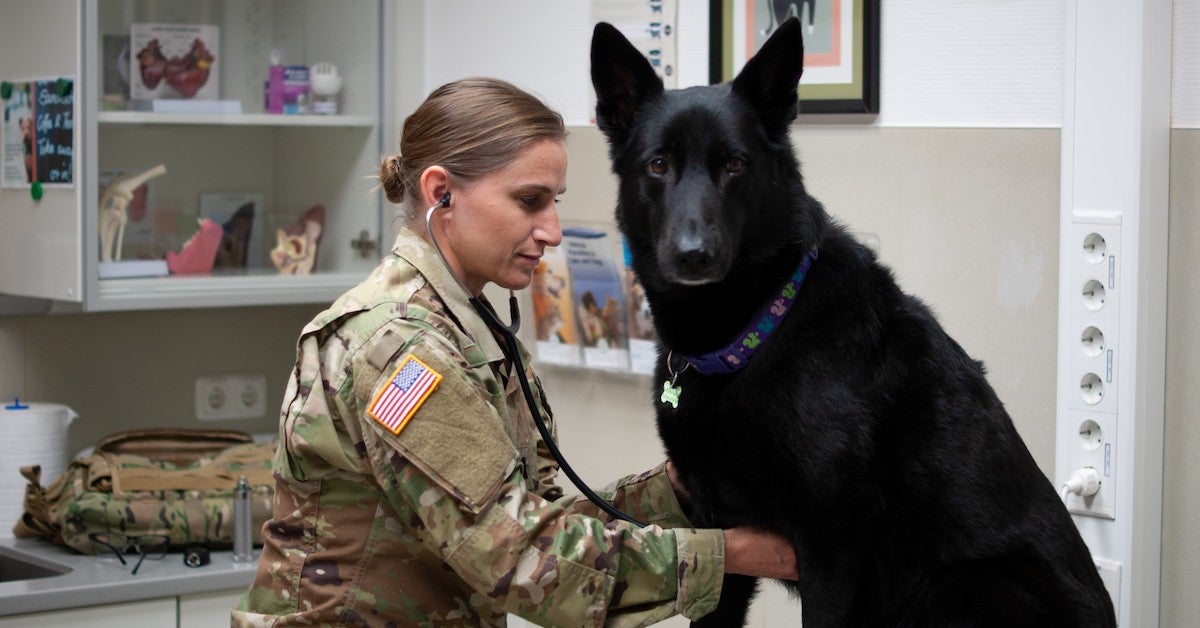 What the job entails

The primary role of Army veterinarians is to provide care for animals- both for working animals and for military family pets. While on active duty, however, their responsibilities vary from mission to mission. They are highly involved in supporting public health and humanitarian projects, like creating vaccines and developing strategies to prevent the spread of animal-borne diseases.

They’re also in charge of inspecting food sold to service members to make sure it’s safe for consumption. They may even perform audits of major manufacturing plants to confirm that they’re following food safety protocols; think Coca-Cola and Ben & Jerry’s.

Things to know before you try it

Regardless, you’re going to be moving around while on active duty. Family members and pets may be able to join you on some missions, but that’s not always an option. If you do have pets or children with you, you’ll need to make arrangements for their care while you’re working long shifts or overnight. If you’re on a combat mission, it’s important to have a network of friends and family to care for your pets while you’re away.

Steps to becoming a military vet

The U.S. Army’s Health Professions Scholarship Program is usually the first step to becoming a military veterinarian. You’ll have to convince the military that you’re worth the investment, but if you get the scholarship, the program covers your tuition while you earn your D.V.M. Alternatively, the Health Professions Loan Repayment Program can help those who have already completed school.
Your military committment doesn’t begin until you’re done with school. At that point, you complete Basic Officer Training and an internship before beginning active duty. After three years of service, you can join the Army Reserve. There, you’re welcome to run your own practice. To get started, learn more about the process here or contact a recruiter. If you want to hear a first account of what it’s like becoming an Army Veterinarian, Elliot Garber can tell you all about it.