How the British Army trolled the colonists after leaving New York 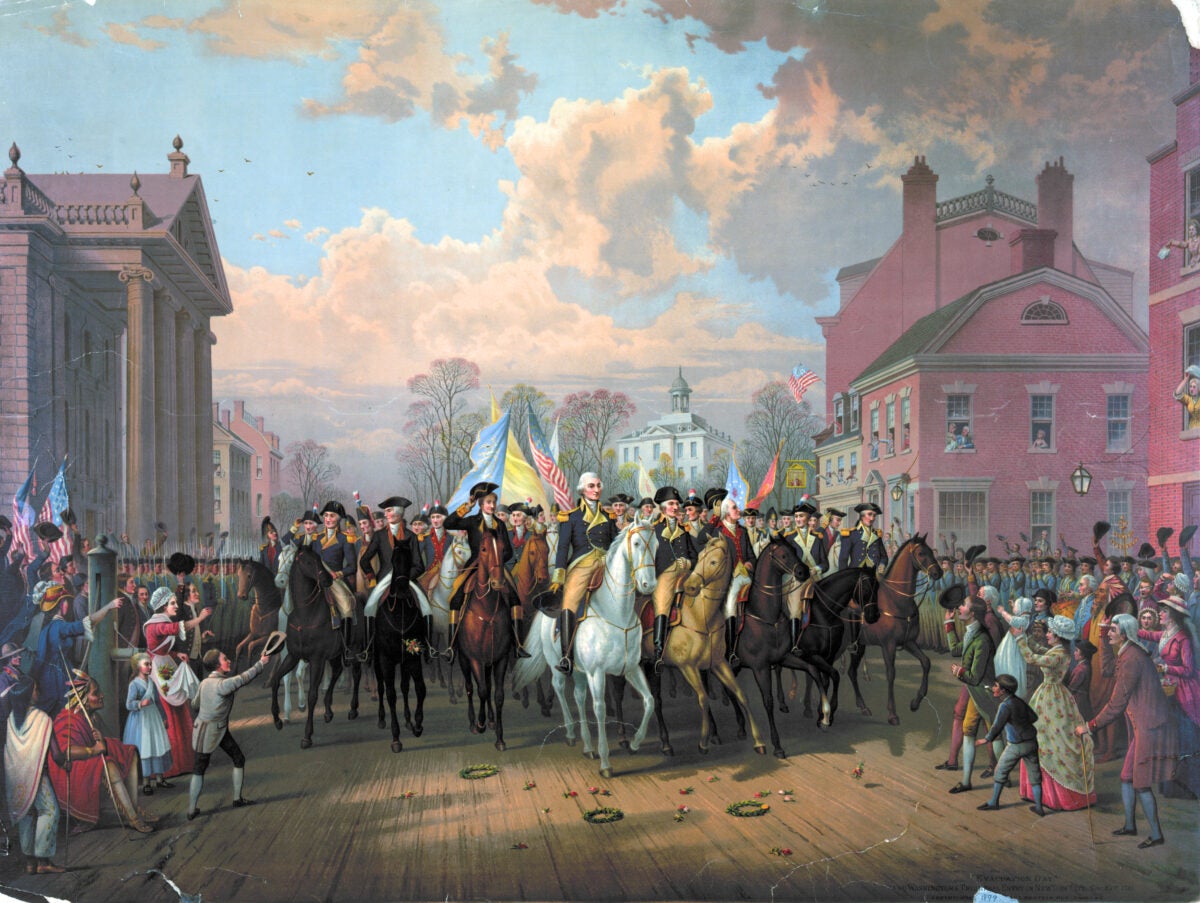 Before the Civil War, the major holiday that came at the end of November wasn’t Thanksgiving. It has nothing to do with turkey, pilgrims or pumpkin pie. Instead, it had everything to do with kicking the British out of the Eastern seaboard.

The big holiday before the Christmas season some 150 years or so ago was Evacuation Day, and every November 25, groups of Americans tacked on sharp, specially-made cleats and climbed a greased-up flag pole.

All because the British Army thought they were hilarious, but were actually just sore losers.

In September 1783, the Treaty of Paris was signed between representatives of King George III of the British Empire and representatives of the newly-formed United States of America. That treaty not only recognized the new country’s independence, but also set the boundaries between the two dominions in North America, as well as settling a lot of other issues.

The British were so salty about losing the war for American independence that they refused to pose for the official treaty-signing portrait, and the painting was just left unfinished. Today, the 1783 painting “Treaty of Paris” by Benjamin West is a monument to the massive British butthurt that was so strong in the days following the war’s end.

In New York City, Gen. George Washington was set to enter the city on November 25, 1783, but was delayed until the last remaining British flags were taken down. Before departing, British regulars went out to Manhattan’s Battery Park and nailed the Union Jack to the top of a flagpole.

Then, they greased up the flagpole in an effort to ensure the flag would still be flying by the time they departed and the city was lost over the horizon. It didn’t work. Quick-thinking Americans crafted some heavy-duty cleats and ascended to the top of the pole to remove the old British flag and replace it with the new Old Glory.

In fact, it was Continental Army veteran John Van Arsdale who climbed to the top and removed it – while the British troops were still in the harbor. Ever the salty sore losers, the British fired a single cannonball towards people gathered on Staten Island. Luckily, it didn’t hit anyone.

Van Arsdale’s epic ascent up to the top of the lubricated flagpole was so inspirational that it sparked a repeat annual performance, complete with a celebration that included food, booze and everything else that comprised a good old-fashioned 1700s ruckus.

Every November 25 for the next 80 or so years was “Evacuation Day,” centered around a re-enactment of Van Arsdale’s ascent, sometimes featuring a competition of multiple poles for who could rip down the Union Jack the fastest.

Lincoln wanted to bring the country together in the spirit of national unity and called for the fourth Thursday of every November to be an official Thanksgiving holiday to thank God and the Union Army for its victory at Gettysburg.

As time went on, the British butthurt subsided and relations between the United States and its erstwhile mother country warmed up considerably. People soon forgot about Evacuation Day and focused more on the Thanksgiving holiday.