Today in military history: Origins of the Humvee - We Are The Mighty

Today in military history: Origins of the Humvee 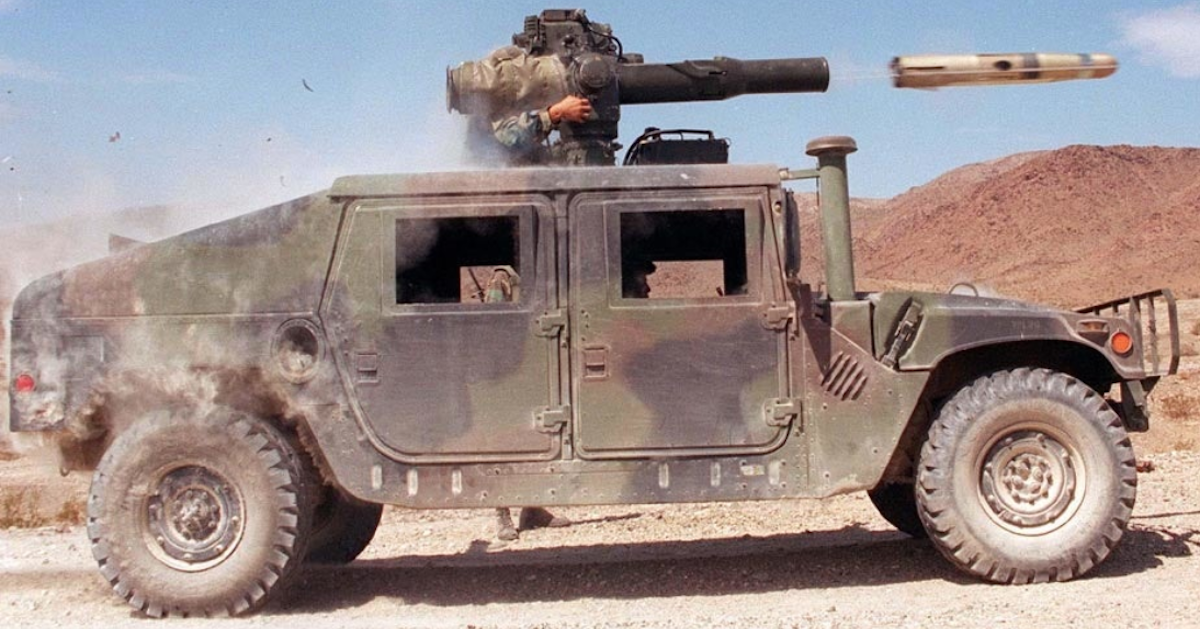 The High Mobility Multipurpose Wheeled Vehicle (HMMWV), better known as the Humvee, is the military’s modern Jeep. It’s used to carry troops, evacuate the wounded and even launch surface-to-air missiles. The light, four-wheel drive trucks saw extensive use during Operation Desert Storm and immediately gained a reputation for their off-road capability. Shortly thereafter, due to high demand, the Humvee was released to the civilian market.

The Humvee first saw combat in 1989 during Operation Just Cause, when the U.S. invaded Panama. It was also effectively employed throughout the Gulf War.

With the rise of asymmetric warfare, however, the U.S. military recognized a need for a vehicle with more protection. AM General developed a model built to withstand small arms fire, with hardened steel and bullet-resistant glass.

Humvees were sent into Afghanistan and Iraq and continue to transport and protect troops around the globe.

The military Humvee was produced by AM General, a heavy vehicle manufacturer in Indiana. When they opened the truck up to civilian sales in 1992, its name was changed to Hummer. Built in the same factory as its military counterpart, the Hummer shared many components with the Humvee. These included brakes, axles, body panels and the frame. Hummers and Humvees even came off the same assembly line and only diverged for painting and finishing.