9 Movies every Marine needs to watch - We Are The Mighty

9 Movies every Marine needs to watch 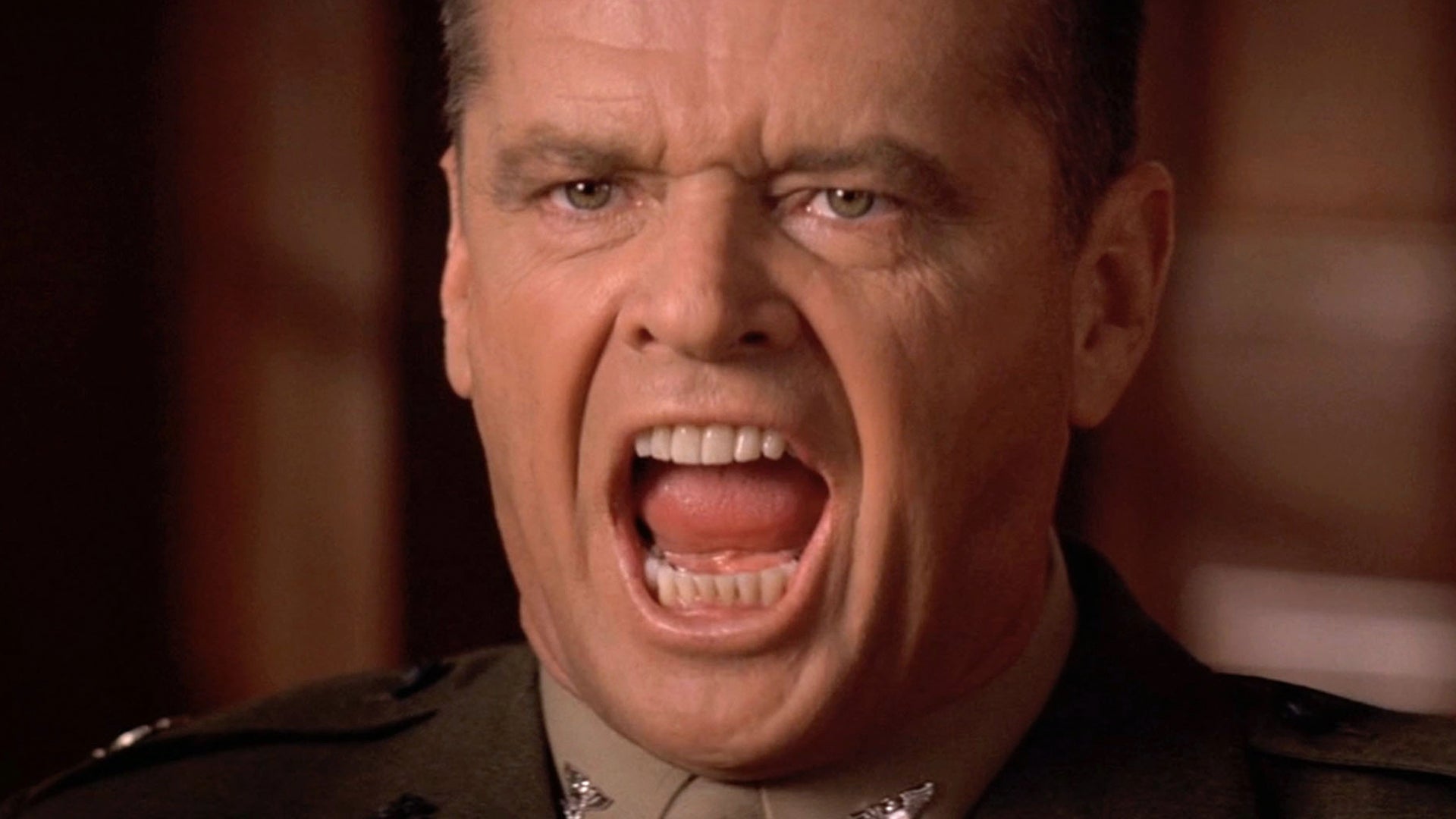 Whether it kept them entertained in the barracks or inspired them to enlist, there are certain films that every Marine knows and loves.

Just about every Marine can quote Gunnery Sgt. Hartman from “Full Metal Jacket.” The same can be said of the intense courtroom scene in “A Few Good Men” that has Col. Jessup proclaiming, “You can’t handle the truth!”

Super quotable lines, great stories, or intense combat scenes are just some of the reasons why we picked the following nine films as “must-watch” for Marines. But whether you are in the Corps or a civilian, these movies shed some light on the U.S. military’s smallest service.

Here are our picks:

Plot: Based on real-life events, Lt. Col. Michael Strobl, a volunteer military escort officer, accompanies the body of 19-year-old Marine Chance Phelps back to his hometown of Dubois, Wyoming.

Reason to watch: While most military movies focus on battle scenes, “Taking Chance” focuses on the part often overlooked: What happens when troops lose their lives in combat. As people in the military know, the belongings are packed and shipped, the body is taken to Dover, and an escort brings them to their final resting place. Actor Kevin Bacon does a superb job of depicting the real-life story of one such escort duty, for Pfc. Chance Phelps.

Plot: Based on former Marine Anthony Swofford’s best-selling 2003 book about his pre-Desert Storm experiences in Saudi Arabia and about his experiences fighting in Kuwait.

Reason to watch: While the main character is a less-than-stellar Marine who often gets in trouble, this film shines in realistically depicting infantry life. The camaraderie, the dumb games, and the sheer boredom grunts experience when they are in a combat zone but not seeing combat is what makes this worth watching.

Plot: A dramatization of the World War II Battle of Iwo Jima.

Reason to watch: It has John Wayne. Really, that should be enough. But seriously, it’s a classic war film that shows Marines battling it out on Tarawa and Iwo Jima — site of the famous flag raising in 1945 — which also includes cameos by the three Marines who raised the flag over the island that was captured in the iconic Joe Rosenthal photo.

Plot: A pragmatic U.S. Marine observes the dehumanizing effects the U.S.-Vietnam War has on his fellow recruits from their brutal boot camp training to the bloody street fighting in Hue.

Reason to watch: “Full Metal Jacket” is really two films in one, with act one depicting a realistic look at Vietnam-era boot camp, and act two showing life for Marines in the battle of Hue City. The performance Marines love — and can perfectly quote — comes from R. Lee Ermey, who plays Drill Instructor Gunnery Sgt. Hartman, a seemingly never ending source of great zingers.

Plot: The life stories of the six men who raised the flag at The Battle of Iwo Jima, a turning point in WWII.

Reason to watch: While most people have seen the Pulitzer Prize-winning photo from the 1945 Battle of Iwo Jima, many don’t know the flag raising happened just days into the battle, when it was not yet clear when the Japanese would be defeated. Three of the six flag raisers would be killed later in the battle, while the remaining three would be brought back to the U.S. to help raise war bonds. This film, directed by Clint Eastwood, tells that story. (You should also check out Eastwood’s telling of the Japanese side, in “Letters from Iwo Jima”).

Plot: A hard-nosed, hard-living Marine gunnery sergeant clashes with his superiors and his ex-wife as he takes command of a spoiled recon platoon with a bad attitude.

Reason to watch: In the main character of Gunny Highway, Marines will see the one staple of just about every unit: The crusty old-timer who doesn’t take any crap from anyone. Clint Eastwood plays Highway, delivering such classic lines as “Be advised. I’m mean, nasty and tired. I eat concertina wire and piss napalm and I can put a round in a flea’s ass at 200 meters,” and “if I were half as ugly as you, Sergeant Major, I’d be a poster boy for a prophylactic.”

Plot: An attorney defends an officer on trial for ordering his troops to fire on civilians after they stormed a U.S. embassy in a third world country.

Reason to watch: Starting in Vietnam with two Marine lieutenants — played by Tommy Lee Jones and Samuel L. Jackson — a firefight sets them on separate career paths that ultimately see them coming back together after an embassy evacuation in Yemen goes terribly wrong. Col. Childers (played by Jackson) gives the order to fire into the crowd — which he says is armed — and he’s later charged with murder. Besides the intense courtroom drama, the movie shows the strong brotherhood among Marines, with Jones and Jackson picking up right where they left off many years before in the jungles of Vietnam.

Reason to watch: Again, John Wayne. Another classic from the fifties, this film gives a look at Marine air power in World War II, with Wayne playing Maj. Kirby, a gruff commander who takes over a squadron of fliers before they head into combat at Guadalcanal.

Reason to watch: It’s a great courtroom drama which explores the question of what is a legal order. When two junior Marines are told to carry out a hazing ritual by their commander, should they have followed it? That’s what a court-martial is to decide, which ultimately ends in an epic shouting match between Navy Lt. Kaffee and Col. Jessup (played brilliantly by Jack Nicholson).

While they aren’t movies, these two HBO miniseries show Marines in combat in Operation Iraqi Freedom and the island-hopping campaigns of World War II, respectively. In “Generation Kill,” viewers follow along with the men of 1st Reconnaissance Battalion as they battle their way into Iraq in 2003, while “The Pacific” melds together narratives from Marines who took part in the Pacific campaign to tell their story.