Marines challenged an Olympic runner to combined PFT and CFT 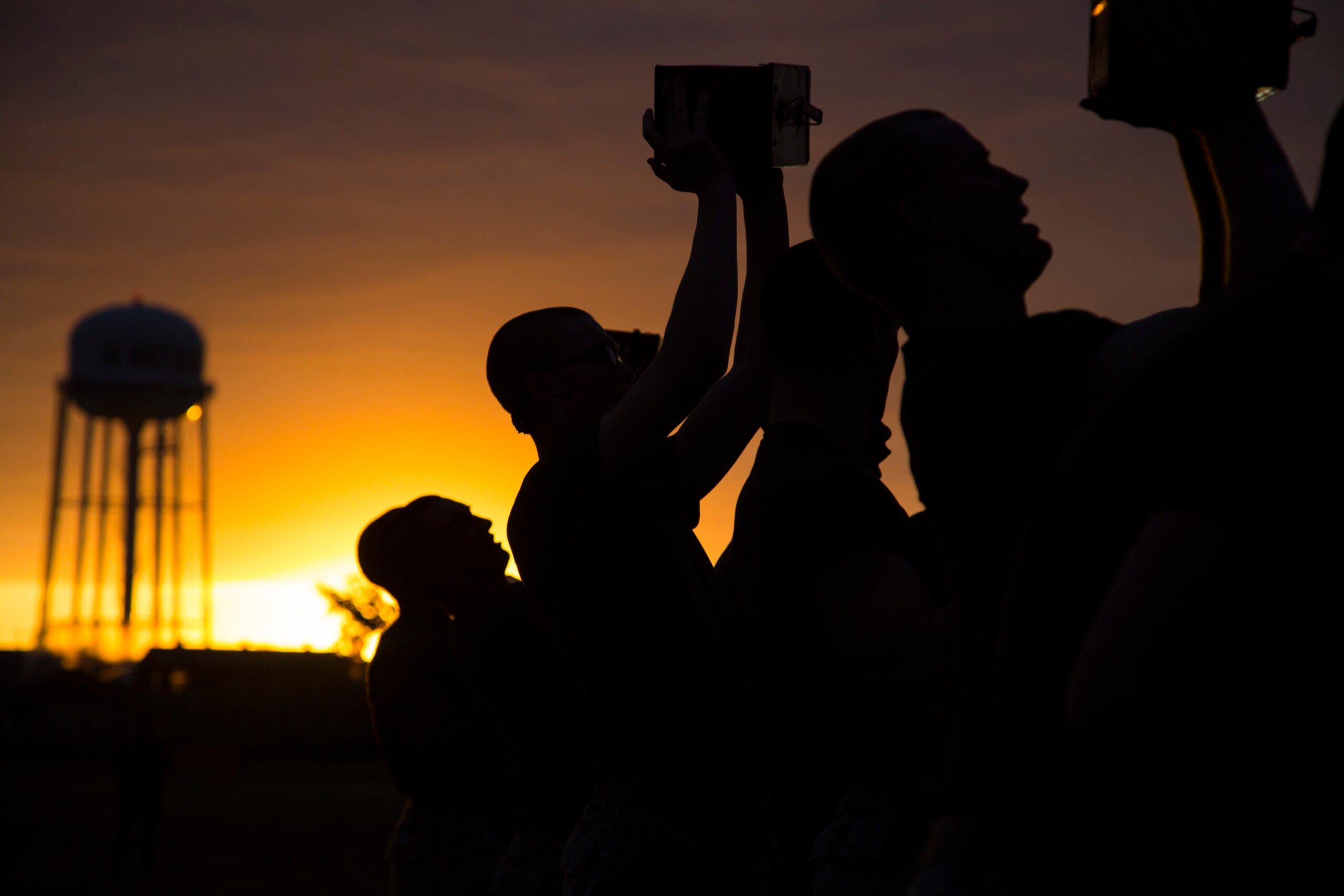 Nick Symmonds is a two-time Olympian who specialized in the 800 and 1500 meters distances, which are middle-distance track competitions. He is an Eagle Scout and ran track in a professional style setting for over 12 years. He competed in the 800 meters in the 2008 Olympic games in Beijing and the 2012 Olympic games in London. Symmonds came in fifth in the 2012 games. The Marines at Camp Pendleton through the Entertainment Media Liaison Office challenged Symmonds not just to a Physical Fitness Test, but also a Combat Fitness Test.

On an interesting note, Nick Symmonds is an entrepreneur as he co-founded Rum Gum, which is caffeinated chewing gum for athletes, and has a presence on social media as well. The Rum Gum TikTok account has over 750k followers and 38 million likes. He boasts 900k plus followers on YouTube, 142 million views and nearly 200k followers on Instagram. He has a second YouTube channel as well titled Nick Symmonds Too which has 49k plus subscribers and 4.8 million views.

The Marines Corp Physical Fitness Test, aka PFT, measures cardiovascular fitness and is completed in the green-on-green PT uniform. The three portions of the PFT consist of a three-mile run, pull-ups or push-ups, although with push-ups you cannot get the full score for the event and crunches, which are going to be planks here in the next iteration. Perfect scores for pull-ups usually consist of a high number of dead hang pull-ups in the 20-plus range. The perfect run time score is in 18 minutes, which is really moving and can only be done by a small percentage of Marines. If you want to do that well on the run you may want to take marathon training to build up your cardiovascular endurance.

The Marine Corps Combat Fitness Test, or CFT, measures functional fitness and simulates the demands of battle in full combat utility uniforms. The three parts of the CFT are Movement to Contact, Ammunition Lift, and Maneuver Under Fire. The Movement to Contact drill is an 880-yard sprint that mimics the stresses of running under pressure in battle. In the Ammunition Lift, Marines must lift a 30-pound ammunition can overhead until their elbows lock out. The goal is to lift the can as many times as possible in a set amount of time. The Maneuver Under Fire is a 300-yard course that combines a variety of battle-related challenges, including crawls, ammunition resupply, grenade throwing, agility running, and the dragging and carrying of another Marine.

The Combat Fitness Test ensures Marines are at all times ready for the physical rigors of combat operations. Individual readiness is measured by performing a series of combat-related tasks, including:

Stay tuned as we see how the Olympian stacks up against some tough, young Marines. There isn’t going to be any Rum Gum that can help the Olympic Sprinter, it’s just him and the Marines, as he is alone and unafraid. Check out the video and witness how well Symmonds does against our nation’s best. Semper Fi!