Combat-injured Ranger reflects on life, injury and finding an extraordinary new purpose - We Are The Mighty 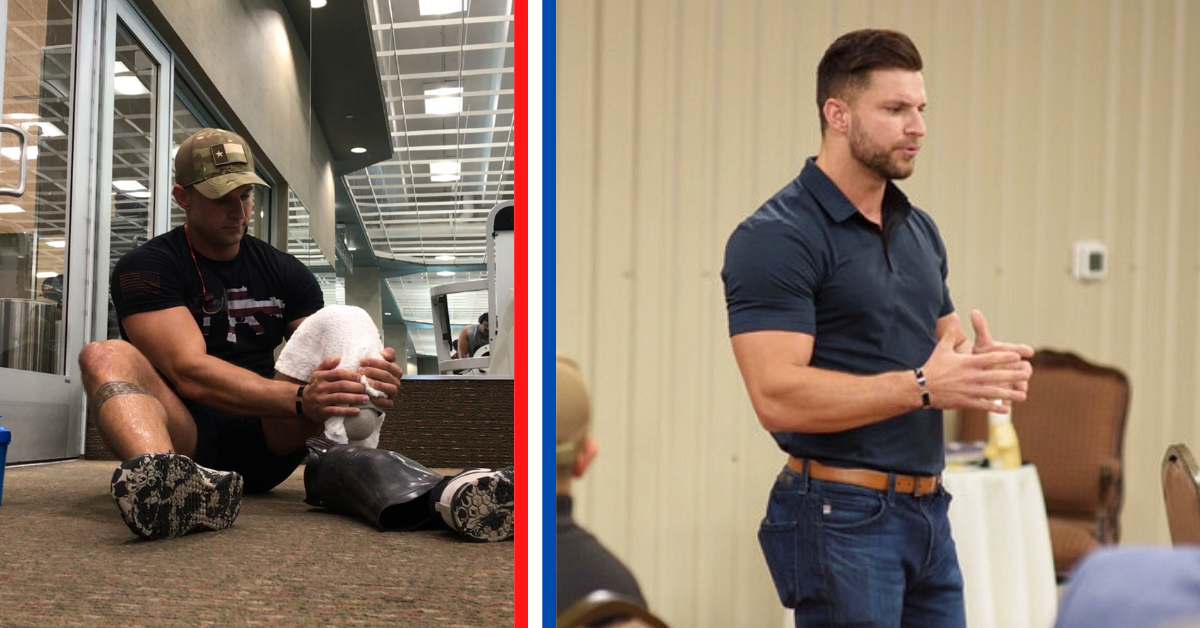 In 2010, coalition forces launched a massive military surge to retake the Helmand province in Afghanistan. It became the deadliest year of the War on Terror for NATO troops and for retired U.S. Army Sgt. David Reid, it would be a year which would change the course of his life.

Before he was a soldier, Reid had his eye on the skies. “Initially, I wanted to be a pilot,” he shared. “I was part of the Civil Air Patrol way back then and was working on my license.” After being introduced to the SOCOM community, he knew where he was meant to be.

After graduating from high school in 2008, Reid shipped off to basic training with a Ranger contract option. He completed his Airborne schooling and what is now known as Ranger Assessment Selection Program. Though his class started with 520 soldiers, only 80 would graduate. By 2009, Reid was attached to 2nd Ranger Battalion at Joint Base Lewis–McChord south of Seattle, Washington.

Two months later, he was in Iraq.

“I was conducting combat search and rescue operations. And that was pretty straightforward, it was a great deployment for me. No losses on my end and then I came back and did a lot of training. Before you knew it, a second deployment happened. And that was to Jalalabad in Afghanistan,” he said.

Reid said this is where military service got “real” for him, especially after losing his first friend. “You start to question what you are really doing there. It was a rough one,” he admitted. He returned home safely and immediately shipped off to Ranger school.

Not long after, he was back in Afghanistan.

“We were about four months in when I got injured,” Reid said. After landing during a mission, the team immediately took on contact as they came off the helicopter. “We secured the objective but were getting really spread thin and started combat clearing rooms ourselves. I went into a room and boom stepped on an IED that was in a doorway.”

During the explosion – he lost his night vision goggles and was flipped into a pitch-black room. “You can hear over the radio, a landslide got called, which is our code word for a compound rigged to explode. Everybody needs to exit as fast and quickly as possible. Hearing that on the radio and seeing my guys run off was a pretty lonely feeling,” Reid said. “I knew my legs were in trouble. After what seemed to be a lifetime of sitting in there, and deciding this is not the place that I would be done, I grabbed my gun, dropped my bag and crawled out into the compound.”

Through the light of the moon, Reid applied a tourniquet and a few minutes later – his team came back and pulled him out.

“I remember hearing my platoon sergeant say ‘medivac, eta 45 mics out’, and I was just like, ‘this is not good’. We were still receiving enemy fire. I didn’t think I was gonna make it,” Reid shared. Luckily, the team had a PA with them who was able to provide advanced emergency treatment. “I woke up in Kandahar with no leg and the other leg barely hanging on.”

Reid remembers pulling back the sheets for the big “reveal” and thinking his life was over. After 11 surgeries and a year of recovery, he ran a half marathon. “Quit just wasn’t in my vocabulary,” he added.

He was called back to serve and train Rangers for a year and a half but ultimately made the decision to medically retire in 2013. Reid returned to San Antonio, where he was close to his doctors and therapists, enrolling in the University of Texas with the aim of becoming a doctor.

“I got my degree in athletic medicine and chemistry, with a minor in psychology. Went through the MCAT process and then the wait for medical school began,” he said. “I started doing a lot of advocacy work with military and veteran support organizations by showcasing my story and trying to help other people overcome the obstacles that they were facing. That’s when I went on a trip to Scotland and became a mentor for this 24 hour 54 mile hike in the Scottish Highlands with 1000 coalition wounded warriors from all over the world.”

It was 2016 and his fourth time taking part in the journey. On a bus to the location, he met British Royal Navy veteran and well-known television chef, Robert Irvine, whose foundation was one of the sponsors for the event.

The two hit it off immediately and spent the trip getting to know each other. At the end of it, he asked Reid to travel with him and share his story for the next year. “I was going to all of these fantastic events and really seeing the impact he was making when I received my acceptance letter into medical school,” he said.

But instead of heading off to become a doctor, he joined Irvine’s team instead, where he is now the Vice President and Director of Military, Veteran and First Responder Outreach. “I am 100% confident in the decision I made,” Reid smiled.

The organization gives back with a focus on resilience and health and wellness programs. “We do a lot of work combating food insecurity, supporting mobility needs and even go so far as providing service dogs to veterans,” Reid Said. The organization can also be found renovating homes and also hosts a multitude of annual events for the military and first responder community.

One of their stand-out programs, Breaking Bread With Heroes, is making a big impact. Recently the organization partnered with two others, Caliber Home Loans and the Inspire Up Foundation, to serve 950 of the 2nd Battalion 1st Marines of Camp Pendleton.

It was this unit which sustained the majority of losses at during a terrorist attack on Abbey Gate in Kabul on August 26, 2021.

“Food is a universal language and it brings people together. When you start breaking bread together, it disarms people and really drives the community aspect home,” he explained. “Going to that event with the Marines and seeing how happy they would get just from a chicken sandwich. It’s just a small slice of what we could do for these guys to show our support. We’re really big on taking stress away so they can focus on the mission.”

Reid is excited for the future of the organization and admits that although Irvine comes off a bit scary and abrasive on his television shows like Restaurant Impossible, he’s really a “softie”.

“He’s got a big heart and the guy will literally reach into his own wallet and help you out even though he’s already putting millions out to support these guys as well,” he said. “That’s what drew me in, that’s why I gave up medical school and changed the course of my life. It was because his mission was true and I know it’s going to go in a direction where it’s going to make more impact than anything else.”

To learn more about the Robert Irvine Foundation, click here.