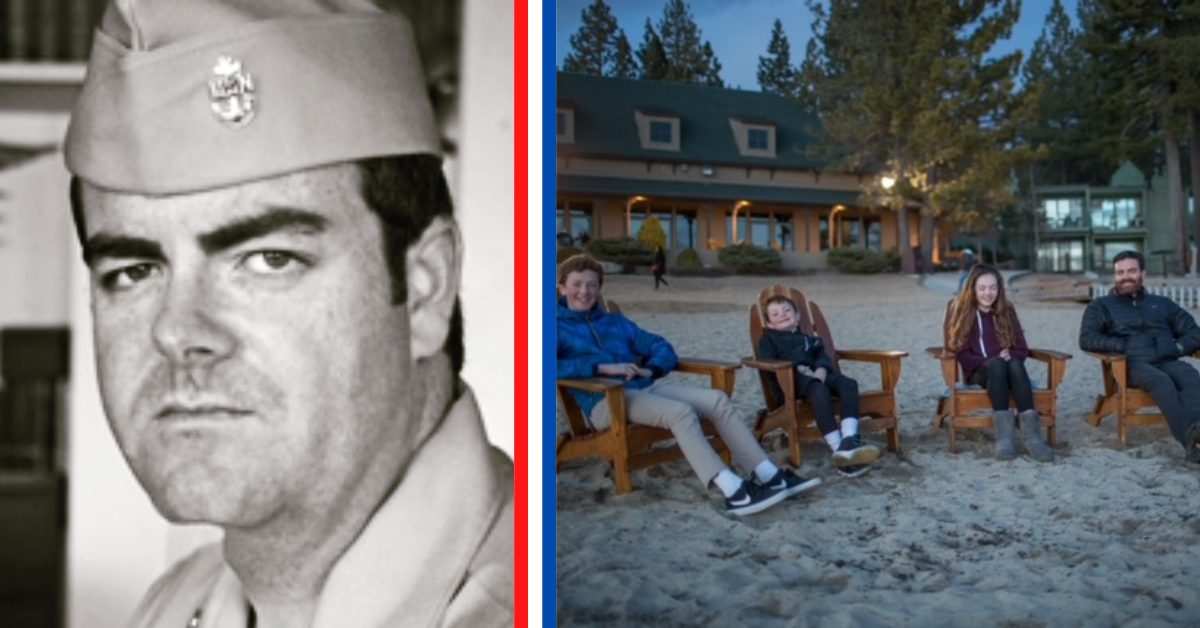 When Brandon Webb decided to become a SEAL, nothing was going to stop him from accomplishing his goal. But after making chief, he walked away from it all.

In his memoir, The Red Circle, Webb takes readers through his journey of becoming a SEAL Team 3 sniper after leaving home at 16 years old and eventually training some of America’s deadliest marksmen. So why walk away?

“I was 29 and in charge of one of the military’s elite sniper programs as course manager and could mostly choose my next assignment but I looked into my daughter Olivia’s eyes one night and the decision was obvious and very personal for me,” Webb explained. “I wanted to have a different relationship with my kids and knew that the way troops were being deployed into multiple theaters of combat that I would be deployed over and over and would miss an opportunity to really be there for my kids in the early years. The decision was easy at that point; I chose family.”

His choice didn’t come without repercussions from the SEAL community. “Once you leave the teams, they are terrible about supporting you. I have been very vocal about it and hope the community eventually turns it around,” he added.

Despite the challenges, Webb was ready to pursue entrepreneurship and spend more time with his young family. In 2012 he released his first book — which features a forward by famed SEAL Marcus Luttrell (The Lone Survivor), who he personally trained to become a sniper.

“I wrote the book for my kids to read later in life, which they have now as teenagers. I hope my kids see the sacrifice their mom and I made and the struggles we both endured early in their childhood,” he said. “Our son Hunter was born when I was deployed to Afghanistan in 2001 and I didn’t see him until he was about 5 months old.”

The book just turned 10 years old but it wasn’t a one and done for him. Webb has now written multiple leadership books — which have become bestsellers. He recently jumped into fiction writing with John Mann. Their first book, Steel Fear, was recently released and the second book in the series will debut later this summer.

“The story was inspired by my early time in the Navy as a helicopter search and rescue swimmer stationed aboard the carrier Abe Lincoln,” Webb said. “We had a sexual predator on board and they never caught the guy who assault several women in the shower. I remember how terrified the women on the ship were and who could blame them.”

In the first book, there’s a killer on the loose and it takes a Navy SEAL (of course) to get to the bottom of the nefarious activities. Book writing has become an enjoyed pastime for Webb and he wants to take them even further. ​​

”We are in final talks to turn the books into a streaming series for TV which I’m looking forward to because I’ll get more production and directing exposure. Someday I’d like to direct my own feature film or series,” he shared.

Though he has been widely successful as an author and speaker, Webb didn’t stop there. He is also the founder and CEO of SOFREP.

“I had the idea for SOFREP which is Special Operations Forces Report, like SITREP means Situation Report in military jargon and decided to go for it,” he said. “I had no idea it would explode so fast. Within six months we had our first major advertising buy from USAA. I quit my job and never looked back.”

The site began breaking news ahead of the likes of CNN, FOX News and even The New York Times. “It took over 5 years for us to get into a good rhythm and we made a ton of mistakes,” he admitted.

Today, it is a respected news source. “We are stronger for the lumps we took along the way,” Webb said. “We have an editorial review board, clear editorial ethics, writer training and support, focused content and most importantly a bias towards the truth.”

Though his journey has been nothing short of extraordinary, Webb remains humbled by his accomplishments and honest about the struggles of making it to where he is today.

“Adversity is an opportunity for growth. Nobody escapes life unscathed, we all struggle. It’s how we struggle that matters,” he said. “If you become solution focused you will be much more successful than someone who always goes to problems. Sure, life sucks sometimes and we get thrown obstacles but figure out a way to overcome.”

As for his advice to readers on navigating life and charging towards goals, it was simple.

“Find your purpose, know it will change as you continue your life journey. Set big goals for yourself and realize failure is a necessary learning ingredient to the process and very different from quitting,” Webb said. “It’s harder to be kind than cruel and the world and your friends will appreciate you more for it. And as we say in the SEAL Teams, ‘The Only Easy Day is Yesterday’.”