Today in military history: Battle of Bull Run - We Are The Mighty 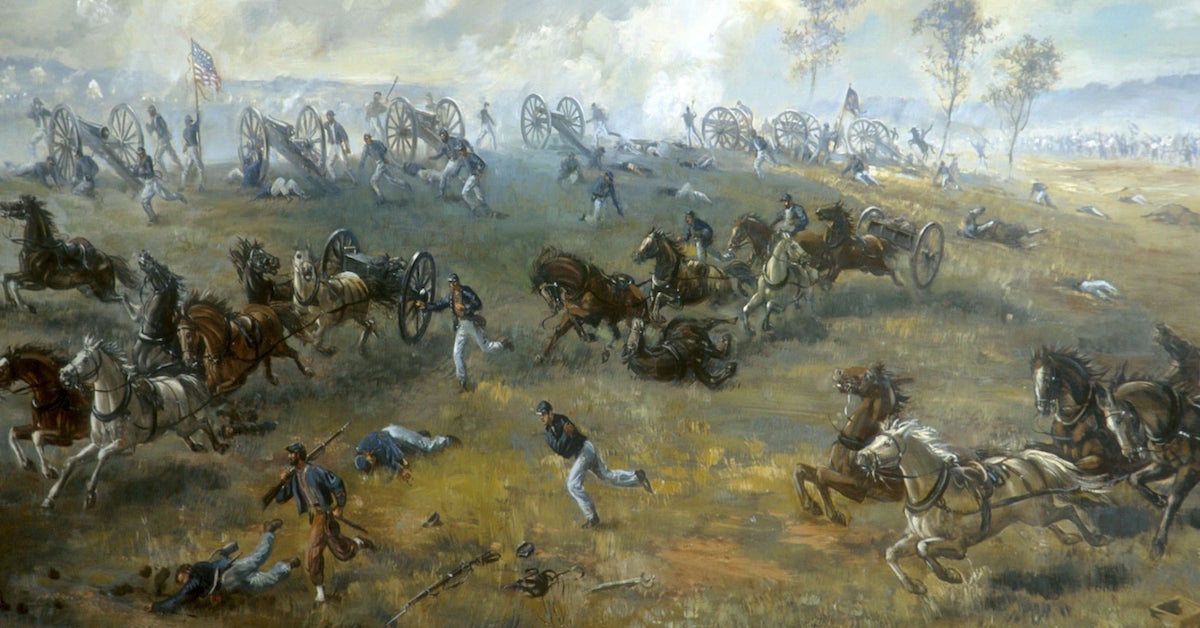 On July 21, 1861, the first major land battle of the Civil War took place at Bull Run in Northern Virginia.

The First Battle of Bull Run, or the First Battle of Manassas as it was known in the South, focused on the railroad intersection at Manassas. The railroads that intersected there were key to Washington’s ability to send troops and supplies south into Virginia in case of an invasion of the South. Both sides knew this and wanted to control the junction.

It took more than three months after the fall of Fort Sumter, South Carolina, for Union and Confederate armies to meet on the battlefield. Groups of civilians, including women and children, joined a group of U.S. Senators to watch the first battle of the Civil War.

Many in the Union government thought the war would be a short one. The Union troops who fought the battle were mostly made up of new recruits on a 90-day enlistment. The Senators and the civilians packed lunches carried in picnic baskets to watch the grim melee. They had no idea the battle was not going to go as well as expected.

Confident the Confederacy could be defeated quickly, Union General Irvin McDowell led 34,000 troops to Manassas, Virginia. Confederate General Pierre G.T. Beauregard raised 20,000 troops to meet him. He was joined by General Joseph Johnston’s 9,000 troops, and a concealed brigade under the command of General Thomas J. Jackson.

From their position, Jackson’s brigade managed to repel a series of Union attacks, earning him the epithet “Stonewall” Jackson.

The Confederates broke McDowell’s line and sent the Union troops scrambling in a demoralizing and scattered retreat.

To make matters worse, the hundreds of civilian spectators who turned out to watch the battle were horrified at the bloodshed, seeing some 5,000 men killed or wounded.

After the battle, Lincoln’s government was faced with the sober realization that the rebellion would not be so easily quelled.