Today in military history: USS Monitor sinks - We Are The Mighty 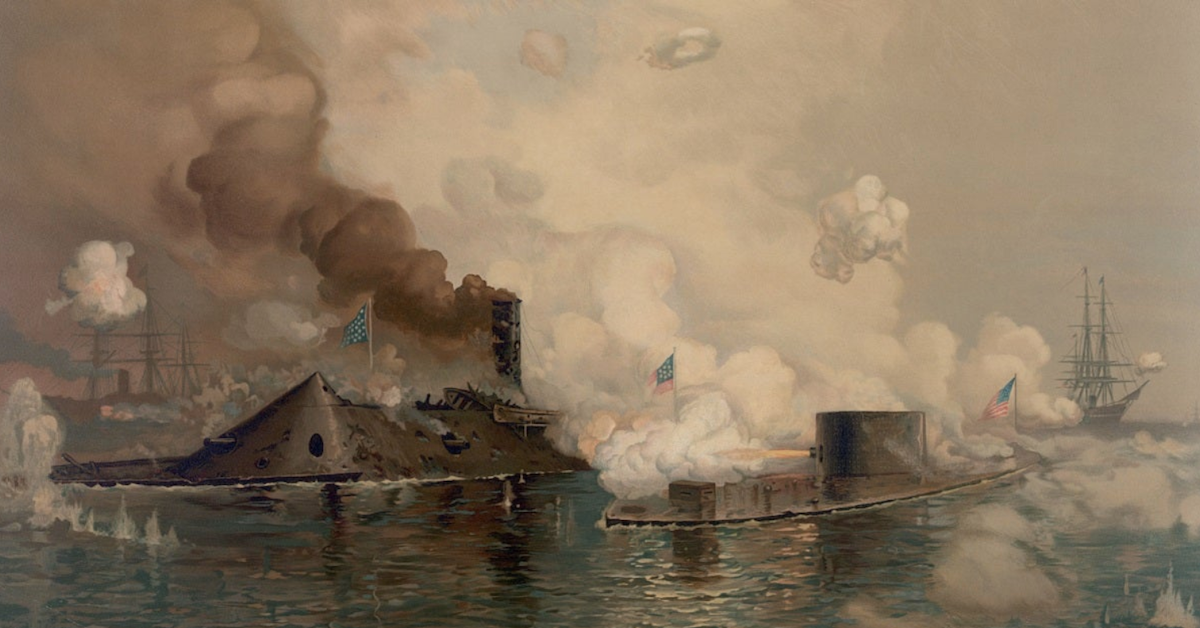 The USS Monitor was the Union’s first ironclad ship, commissioned in response to reports that the Confederacy was building an ironclad of their own. USS Monitor was the first vessel to tie new technologies like twin-gun turrets and steam engines together. This made her the most powerful warship on the high seas from the time she entered the United States Navy to the time of her unfortunate sinking during a storm on Dec. 31, 1862.

She faced off against the CSS Virginia — perhaps best known as the Merrimack — in March of 1862, at the Battle of Hampton Roads, where neither ship was able to inflict decisive damage.

In an amusing twist of fate, neither ship could determine the enemy’s actions either, so they both claimed victory in what was ultimately a draw.

The Monitor remained in Hampton Roads until Dec. 29, 1862, when she began a journey south to help with the war efforts. Off the coast of Cape Hatteras, a storm began to rock the ironclad, flooding her engines and causing massive leaks.

The crew signaled for help, but the ship was lost — and with her, 16 of the 62 souls aboard.

In 1974, an expedition confirmed her shipwrecked location, and she was designated a marine sanctuary on Jan. 30, 1975.

Featured image: Battle of the Monitor versus the Merrimac