Today in military history: Bloodiest year of Vietnam War comes to an end - We Are The Mighty

Today in military history: Bloodiest year of Vietnam War comes to an end 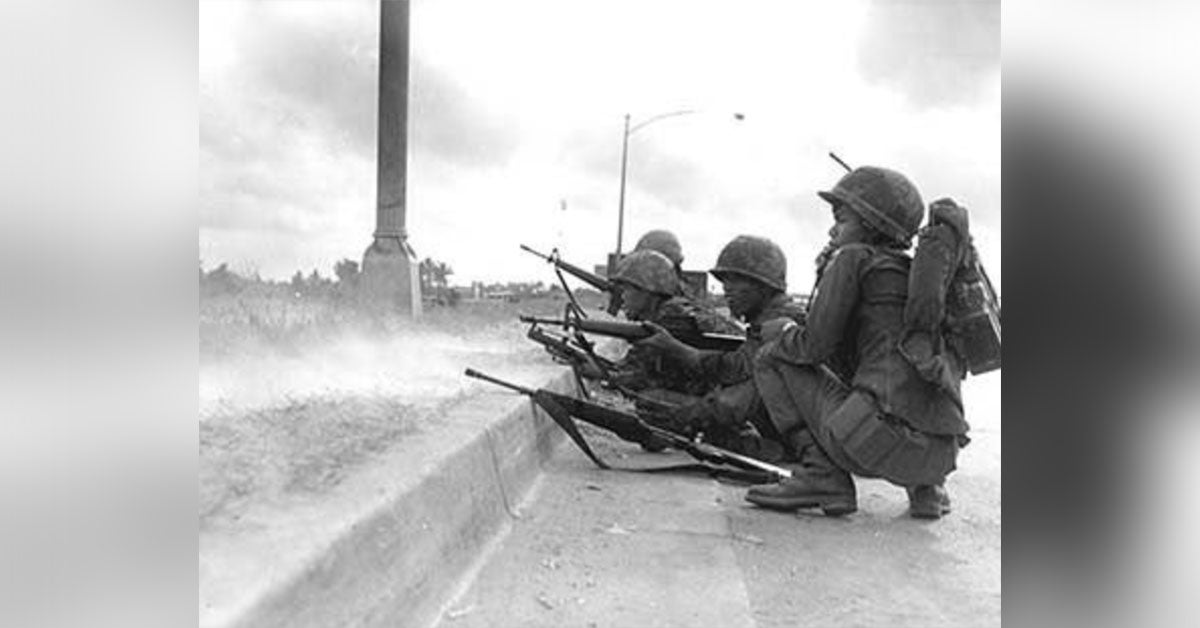 A number of factors contributed to the high casualty rate, but possibly the most significant was the Tet Offensive, launched in January by the communists, who organized a series of attacks against at least 100 locations in South Vietnam including the U.S. Embassy in Saigon and the city of Hue.

Before the Tet Offensive, Americans were confident that the end of the war was near. After, it became clear that the enemy they faced was formidable and unpredictable. Morale fell and the anti-war sentiment increased back home, but it would still be years before the United States would finally see an end to the war.

The American experience in Vietnam was a long and painful one for the nation. For those against the war, it appeared to be a meat grinder for draftees, unfairly targeting the poor, the uneducated, and minorities. For those in favor of the war and those who served in the military at the time, the American public and media were (and still are) misled about what happened during the war and so feel betrayed by many at home.